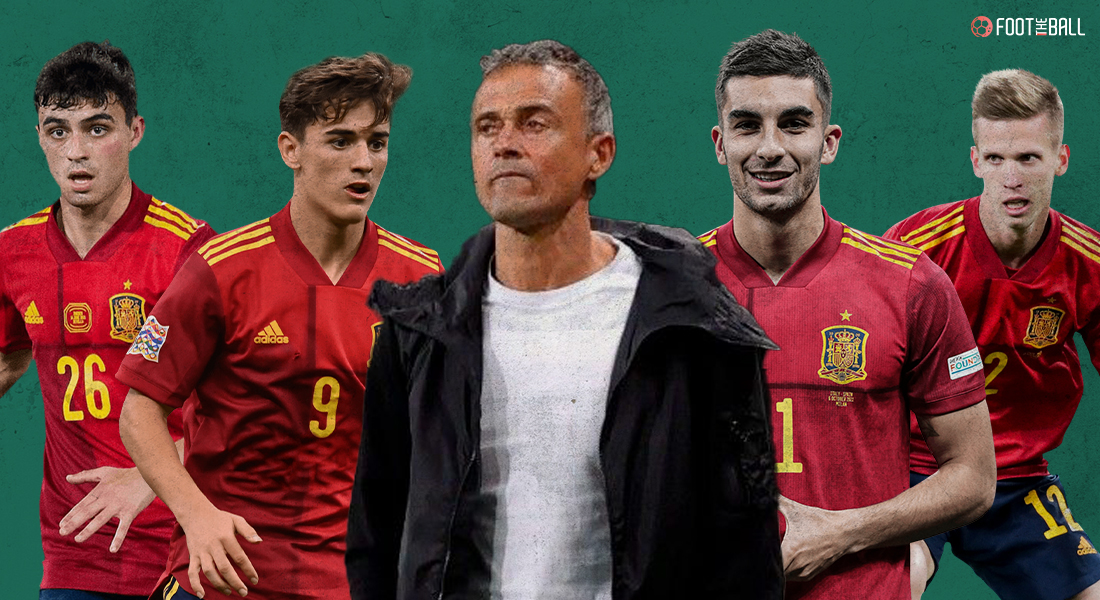 Luis Enrique managed to beat Italy’s long-standing unbeaten run of 37 games under Mancini and he did that with a young and promising set of players. Spain also played a young side in the Euros this summer and it nearly paid off since they went onto the semi-final and lost against Italy that too on penalties. It seems like Luis Enrique has done a fine job nurturing the young Spaniards since they look solid all around the pitch and this new golden generation might finally live up to their 2010 squad that went on to lift the World Cup.

If things go in the right direction for the new exciting Spanish side and Luis Enrique, they might even do better than their predecessors. But first, they are facing France in the Nations League final and a win against the current World Champions might be just what they need to boost their confidence and morale heading up to the Qatar 2022 World Cup.

Luis Enrique has revolutionised Spanish football in his tenure by evolving their typical tiki-taka system into something more meaningful. Spain have been criticized in the past for mindlessly passing and keeping the possession but Enrique has focused on being more aggressive while holding the possession as well. Enrique tends to play youngsters since he sets out to be tactically fluid. He uses versatile players since he wants his whole team to work as a unit and do whatever is needed for the team.

All of his 3 attacking players are comfortable both on the wings and centrally since we see them often exchange positions and throw opposing defenders off. With this, they create spaces in the backline on the counter and we saw that in their recent game against Italy in the Nations League. By shifting formation and pushing all the players in front, Enrique makes sure that his team is constantly pressurizing and posing a threat by finding goal scoring chances which is what makes his new system different from the conventional way of football played by Spain in the past.

Luis Enrique has done a fine job helping the new and emerging players grow mature, let’s look at a few players who would be carrying Spain’s name to great heights in the coming years.

Pedri is just 18 but has turned himself into the first name on the team sheet for both club and country. His performance in Euro 2020 was surely commendable and on top of that just after a few weeks, he played for Spain in the Tokyo Olympics and won the gold medal with them. He played 74 games last season across all competitions which shows how important he can be to his side. Pedri acts as a pivot for both the attacking and defensive and both flanks as well. His role is to keep the team together intact and create goal-scoring chances from far upfield.

Dani Olmo is another player who got global recognition during the Euros but what most people don’t know is that Olmo has been dominating in the Bundesliga with RB Leipzig way before his Spanish spell. Dano Olmo can literally play all over the pitch. He has featured as a left winger and a false 9 for Spain as well and the special thing about Olmo s that he often tends to shit back to the midfield in order to give their midfielders and defenders an extra passing option which also helps their wide players to move freely on the wings stretching the opposing defense thin.

Ferran Torres has scored 20 goals in the last 10 international appearances which speak for itself. Torres has shifted as the false 9 for Manchester City this season and Luis Enrique too has entrusted the 21-year-old with the same responsibility due to the absence of Alvaro Morata due to injury. Torres has been getting better for both City and Spain with every game and it seems like the only way is up for the prolific youngster.

Sergio Busquets has long been leading Spain’s midfield but Luis Enrique has found his successor in Athletic Bilbao’s Unia Vencedor. Bilbao has recently been playing well above their expectations and are currently 7th in the La Liga table and have only conceded 4 goals in 8 games. Much of the credit goes to Vencedor’s defensive prowess in the midfield. The deep-lying playmaker is a jack of all trades and as we have mentioned earlier that is exactly what Luis Enrique has been looking for during his tenure.

Gavi became Spain’s youngest ever player as he received his cap in their game against Italy and it is safe to say that he fully derived the opportunity. A central midfielder who made challenging tackles near their own box and played wonderful balls to Oyarzabal and Torres. The player has a bright future for Spain and Barcelona and only time will tell what other tricks the 17-year-old has up his sleeves. The player can also operate as a winger hence it will be interesting to see Enrique experiment with the youngster as he so often does.

Tottenham bought Bryan Gil off of Seville this summer, The player was out on loan last at Eibar where he rose to fame and his performances earned him a spot in the Olympics squad for Spain. Now Gil has made headway into Spain’s senior squad and the quick left-winger is bound to make difference for them in time. His ability to glide past defenders almost effortlessly makes him an ideal winger and if Spain finds someone good with headers, Gil can provide great crosses from far wide.

Yeremy Pino also got his first International cap against Italy as the player was given the chance to shine from the bench in the second half. The players’ ball control made it impossible for the Italian defenders to land a good tackle on him and the player beat his defenders left and right and offered cut-in passes for their striker to score. Pino’s ability to dribble and skills made him an attractive player to watch and were surely going to see more of him over the course of time. The player has made 6 appearances for Villarreal and has already provided a goal and 3 assists.