Who’s Got The Biggest League In Europe? 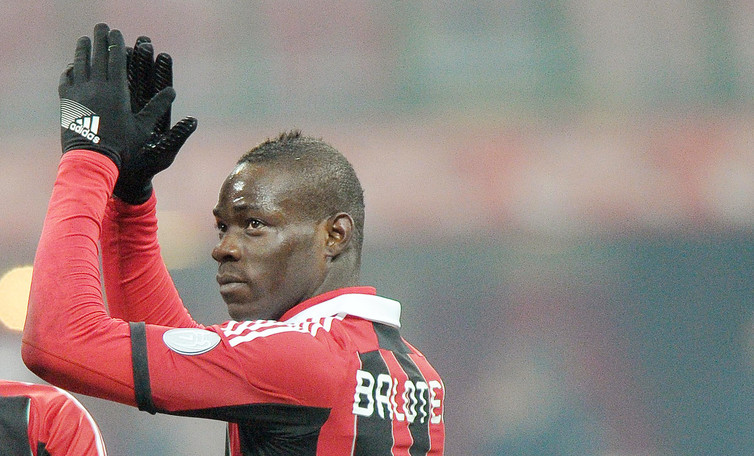 Bidding goodbye to Serie A.

The domestic football season has already started in both France and England, with Germany, Italy and Spain’s leagues following hot on their heels. As each league kicks off, the competition over which is the biggest does too. Some commentators are claiming European football is now dominated by a “big three” of England, Germany and Spain instead of the traditional “big five” that also includes France and Italy. Others go further, saying it’s simply England vs Spain now.

So, which country has the biggest league in Europe? Taking into account how well they’ve done on the pitch, as well as the strength of their supporters and the money they turn over, there’s no obvious winner.

In playing terms, the UEFA Champions League, European football’s highest honour, has been overwhelmingly claimed by Spanish teams in recent years. Spanish teams have won it four times and English three in the last ten.

Meanwhile, the Premier League has contributed 40% of the finalists during this time, 25% of the teams have been Spanish, 20% have been German, and 15% have been Italian.

In the Europa League, Europe’s second trophy, Spain has again dominated by providing five of the last ten winners. Otherwise, apart from England, with one winner, none of the supposed “big five” has made any impact on the competition. Plus, while Spain has contributed 35% and England 15% of the finalists, only one German team has made the final (and none from either France or Italy has done so).

It is therefore no great surprise that in UEFA’s European top 20 club rankings, Spanish teams hold the top two positions: Real Madrid and Barcelona with 143.328 and 131.328 points respectively. In total, there are four Spanish teams in the top 20 with Atletico Madrid (7th place) and Valencia (8th place) being the others. Bayern Munich come in third (128.083 points) and Chelsea of the Premier League appear in fourth place (122.721).

But if Germany wins the crowds and Spain wins the trophies, then surely it is Premier League clubs that win the race for money. For several decades, English football has dominated the sport’s commercial economy, and this position has been reinforced over the last decade.

The strength of the Premier League’s commercial performance is reflected in both television viewing figures and the value of broadcasting contracts secured by each of the “big five” leagues. Each live Premier League game can have a global audience of more than 12m people, which greatly exceeds viewership of Italy’s Serie A (4.5m), Spain’s La Liga (2.2m), and Germany’s Bundesliga (2m).

What the figures reveal is that England, Germany or Spain could all stake a claim to be the biggest league in Europe.

France’s Ligue 1, PSG aside, has a long way to go before it can claim to be up at the top of the list. In both playing and commercial terms, the league lacks depth and quality of performance.

Despite a multitude of problems, Italy’s Serie A is just about hanging on to its place at the top of the European game. History, heritage and technical ability are helping to sustain the league and its clubs, but Italy is in real danger of significantly falling behind the others.

As for Spain, the case is irresistible: by any measure La Liga has two of the very best teams in the world. But the dominance of Real and Barca masks some deep-seated problems in Spanish domestic football.

And then we have the English Premier League: a commercial behemoth with strength in depth, but with its historically accumulated advantages beginning to come under threat from its rivals.

Finally, the Bundesliga: strong on the field and off it, but without being at the very top of European football, and susceptible to domination by a single team.

So there is no clear cut winner in the race for the title of “Europe’s Biggest League”. At least three of them have a strong argument to be awarded the title. As Europe’s various seasons unfold, the promise is therefore of a pulsating battle ahead.