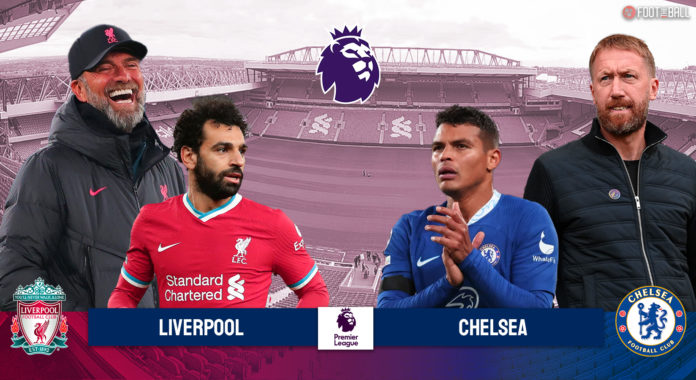 The timing of this clash couldn’t have been more perfect. Liverpool host Chelsea at Anfield for a Premier League fixture that both teams are eager to win. Both clubs have had a miserable season so far and 3 points here would be a much-needed boost for these struggling clubs.

Liverpool sit in 9th and Chelsea in 10th. Both clubs have equal number of points, albeit the Reds having a game in hand. Injuries haven’t helped either club, with multiple key players having to sit on the sidelines for various reasons.

Last season, both clubs played the most amount of games(63) across all competitions in Europe. Chelsea and Liverpool faced each other in the Carabao and FA Cup finals. While Liverpool lost the final of the UEFA Champions League to Real Madrid, Chelsea travelled all the way to South America to compete in the FIFA Club World Cup.

Many pundits have suggested that this could be one of the reasons for their dismal runs this season, having had a burnout campaign last time out. The Reds lost 3-0 to a resurgent Brighton in their last Premier League match and could use a win against the Stamford Bridge outfit to boost morales inside the dressing room.

While Chelsea and Potter are under pressure of their own, owner Todd Boehly has made it very clear in his backing for his manager. Player power seems to be a thing of the past for the Blues now, with any player not able to perform at an elite level, to be shown the exit door at SW6.

Both Liverpool and Chelsea have their own set of injury concerns. Klopp has lost most of his attacking pool on the sidelines, and a similar thing could be said for Potter and Chelsea.

Klopp will be without the likes of Van Dijk, Arthur, Firmino, Jota, Luis Diaz and Darwin Nunez. Of these, except for Darwin Nunez, all of the other players are out with long-term injuries, and do not look likely to return in time for the clash against Chelsea.

Chelsea have a total of 11 players on the sidelines, either through injuries or suspension. the likes of Mendy, Chilwell, James, Fofana, Cucrella, Kante, Zakaria, Sterling, Pulisic and Broja are serving long-term injuries, while Felix will serve his 2nd of a 3-match suspension.

Not many superstars to pick from here with the number of injuries Liverpool have right now. Alexander-Arnold has been their rare source of hope throughout this campaign, delivering the goods whenever Klopp and co have needed him. Mohamed Salah has had a mediocre season by his standards and Cody Gakpo is still finding his feet in the Premier League.

The World Cup semi-finalist has continued his form in the Premier League and has brought some life into the Chelsea attack. For a relatively stagnant attack, Ziyech has provided some magic and assisted the winner in their recent match against Crystal Palace. The Moroccon international might still leave at the end of the season, but if Chelsea have any chance against Klopp’s Reds, Ziyech is their man.

This match is bound to go down the wire. Last season, both these clubs met at a similar time of the year and that match went down as a Premier League classic. A lot is at stake over here and a positive result could define either clubs’ campaign.

Chelsea have much more greater depth than their rivals, and Liverpool’s poor defensive form is something to worry about. Although, Anfield has played its part in the past and visiting teams struggle to get a hold in that venue. That being said, this encounter could go either way. FootTheBall predicts Liverpool 1-1 Chelsea.