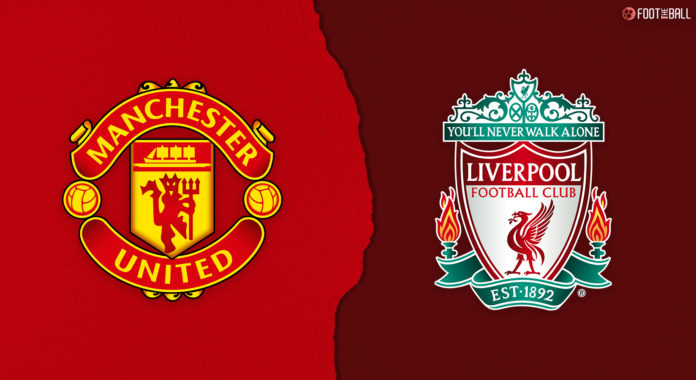 The biggest game in English football is here again. Manchester United face Liverpool in the “North-West Derby“. It is a battle of historic rivals that has captured fans’ imaginations worldwide for a long time. The illustrious history, memorable moments, and iconic performances make this fixture one of the most anticipated games in the football calendar.

The two teams might be on a different trajectory right now, but that is how the game of football ebbs and flows. Liverpool show no signs of slowing down, while the Red Devils stumble from one embarrassment to another. However, Manchester United vs Liverpool head to head record shows that form book truly does go out of the window in derbies.

No other game riles up fans quite like this. With the historic stage set, we take a look at Manchester United vs Liverpool head to head record across all competitions. Amazingly, the historic rivals have never played each other in the UEFA Champions League!

Head-to-Head in the Premier League

The hotly-contested nature of this fixture is clear from the statistics above. In the fixture historically dominated by the Red Devils, Liverpool have started clawing back under Jurgen Klopp’s Gegenpressing machine. The nadir was reached last year when Liverpool beat United by an aggregate scoreline of 9-0 in their two PL fixtures. However, this is the first chapter in the rivalry with Erik ten Hag in charge. Would things be any different? It remains to be seen.

In the FA Cup

This record is a relic of Sir Alex Ferguson’s era. Even today, although Liverpool are reigning FA Cup champions, Jurgen Klopp’s men have traditionally used the FA Cup to rotate their side. Therefore, the one-sided nature of this record doesn’t reflect the strength of either team. United were serial winners under Sir Alex, and Klopp’s Liverpool have begun to find their groove now.

In the League Cup

League Cup is a tournament from which very few accurate conclusions can be made. Both sides regularly play 2nd-string sides to rest their first-choice players. Therefore, these games go either way depending upon which team’s fringe players show up on game day.

Remarkably, the two rivals have never met in UCL and only met once in Europe. Louis van Gaal’s Man Utd were drawn against Liverpool during the 2015-16 season. Liverpool bossed United in a 2-1 win at Anfield before a 1-1 draw at Old Trafford sealed their passage to the quarter-finals.

Although the current Manchester United vs Liverpool head to head record favours the Red Devils, Liverpool might end up closing the gap soon. United’s transition phase has coincided with Liverpool’s dominant phase. It is a record that Sir Alex Ferguson curated with his relentless drive and determination. It is now up to Erik ten Hag to keep it going, something that every manager post-Sir Alex has failed to do.

Meanwhile, Liverpool are on the up and will be looking to get up on the perch again, one which Sir Alex gleefully knocked them off of. Just one league title behind United’s 20, this closing of this head-to-head record will go a long way to deciding their title credentials.