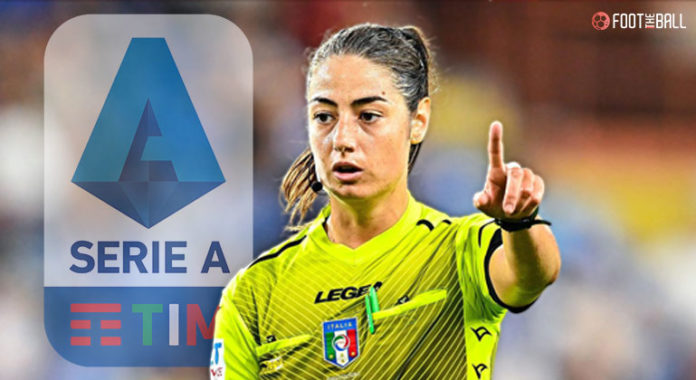 While Serie A is having one of the closest title races in recent years, the league will also make history on Sunday when 11th placed Sassuolo will face 13th place Salernitana. It will be the first match in Serie A’s 93-year-history that a female referee will officiate a league game. Maria Sole Ferrieri Caputi has been given the honour of being the first female referee in the Italian league.

This decision comes amid the introduction of female officials in several leagues. Female referees have already taken charge of matches in the Champions League, Bundesliga, and Premier League. “It’s not an ordinary day, and I’m also moved by it. Maria Sole will debut in Serie A on merit, without any shortcuts, for her ability and skills,” said Alfredo Trentalange, president of the referees’ governing body in Italy, as quoted by the Associated Press.

Who is Maria Sole Ferrieri Caputi?

Maria Sole Ferrieri Caputi started her career refereeing regional matches in Italy. After years of officiating games, she was finally promoted as a referee in Serie D. She also officiated Campionato under 17-A, a youth league. Ferrieri Caputi officiated 18 matches, shelling out 83 yellow cards and nine red cards.

It was here that she would sharpen her skills for the next five years. She refereed 87 matches in Serie D, giving out 340 yellow cards and 35 red cards. Her impeccable refereeing earned her promotion to Serie C in the 2020-21 season.

However, her big break came when she was appointed to referee a Coppa Italia match between Cagliari and Cittadella. This made her the first female referee to officiate in the competition.

Ferrieri Caputi has officiated two Serie B, and one Coppa Italia matches in the current season. Even before the season, Serie A had named her as a referee for the 2022-23 season.

“We’re about to experience a historic moment after more than 110 years. We thank those who believed in her. … We’re not granting any privileges, Maria Sole earned this step,” Trentalange said.

Serie A is not the first league to appoint a female official to referee a match. Several competitions include UEFA Champions League, Premier League, Bundesliga, and Ligue 1 have already had a female referee.

Bibiana Steinhaus, meanwhile, was the first female referee to officiate a Bundesliga match. The referee took charge of a game between Hertha and Werder Bremen during the 2017-18 season. Her last game as a referee was in the 2020 DFL-Supercup between Bayern Munich and Borussia Dortmund. Her tenure has inspired a generation of new female referees in the Bundesliga.