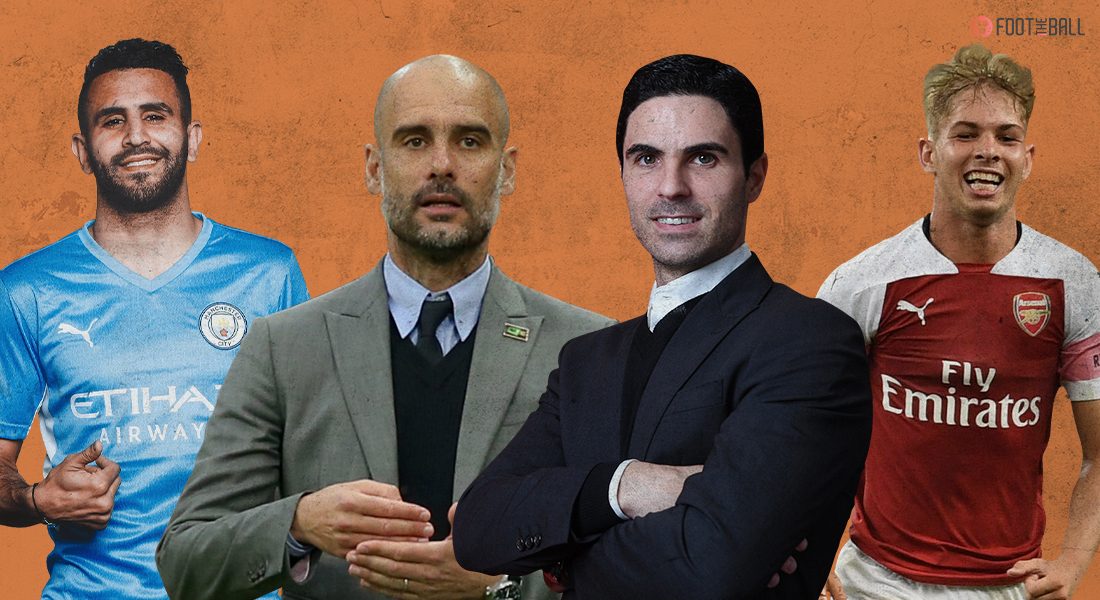 The defending champions are set to face the Gunners at home in the last game before the international break on the coming Saturday. City couldn’t get the start they wanted as they lost their opening game against Spurs by one goal.

Despite a good performance, they struggled in front of goal since they don’t have a prolific replacement for Sergio Aguero yet. They won 5-0 against Norwich last week which is a great result but the thier record against the Canaries has always been solid.

This is the first time in Arsenal’s history they’ve opened a league season with:

Manchester City needs a win to find the consistency needed for a title-winning side, but do you know who else needs a win, Mikel Arteta. Fans and pundits alike have been criticizing his side on social media having lost both their games of the season so far in the Premier League in dismal uninspired fashion.

If they fail to score against Manchester City as well, they would have to end this month without a single goal to their name. The club’s image is already in tatters after failing to qualify for the Europa League and this horrible start even after spending the highest amount in the summer window, shows how far the Gunners are from European football.

Phil Foden still hasn’t recovered from the injury he got back in Euro 2020 and will probably be back only after the international break. Kevin De Bruyne too isn’t fully fit and won’t start against Arsenal this week.

Arsenal’s new signing, Ben White is down with Covid 19 so he is off the unavailable. Thomas Partey too is suffering from a long-term injury along with Alexander Lacazette. Aubameyang recently recovered from his injury and started for Arsenal in the EFL Cup. New signiings Martin Odegaard and Aaron Ramsdale are unlikely to start but may feature on the bench.

With Harry Kane staying at Spurs, City will have to get by without a striker for the time being, but it seems like Gabriel Jesus has risen up to the occasion. After a bad spell last season, it seems like Jesus has found his usual stride after finishing the game with two assists against Norwich, albeit off the wing.

Although Pep Guardiola might not start him, he will make a good impact off the bench. He was plagued at the right-winger position and was getting into good positions, looking more confident with every minute on the pitch. City have expressed that they don’t want to sell Jesus just yet and are confident about the 24-year-old.

Although the transfer of Odegaard into the lineup will eat up Smith-Rowe’s game time, he will probably start against Manchester City given that he is in decent form. Among the dull Arsenal vanguard, Smith Rowe is the only player who is looking confident and energetic on the ball.

He had a good outing against Chelsea but couldn’t muster the support of his teammates. He has had a passing accuracy of 94% in the two games he has played and is Arsenal’s key playmaker. With Aubameyang back in the squad, Emile Smith Rowe’s efforts might yield the result they want to end their goal drought.

Arsenal have been playing too defensive which is affecting their overall game upfront. They need to start being more aggressive and start pressing high up the pitch rather than waiting for their opponents to throw the punch first.

Unfortunately for them, dominating the game against Manchester City is a lost cause for any team in Europe and they will have to be sharp on the counter at Etihad which hasn’t been faring well for them so far. FootTheBall predicts Manchester City 3-1 Arsenal.