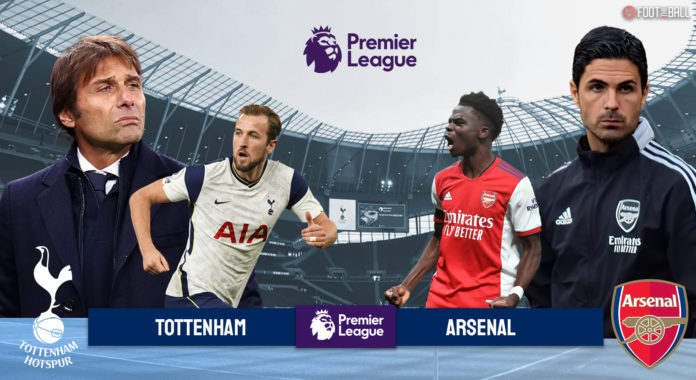 Arsenal are flying high in the Premier League as they have established a five-point lead over second-placed Manchester City. However, the title race is far from over, as City and the new big guys Newcastle United are waiting for any error from the Gunners to exploit. Newcastle have already made a big dent in Arsenal’s title hopes by holding them for a goalless draw at the Emirates Stadium.

Now Arsenal face their local rivals Tottenham who are involved in a cutthroat race for the Champions League slots. Tottenham would love to destroy Arsenal’s prospects in the title race as they welcome them.

Before the season, no one would have expected such an impressive run from Arsenal. The Gunners are only the fifth team in Premier League history to take 43 points from the first 16 games. What has made them such a dangerous side is that goals have come from multiple fronts. Despite being the second-highest-scoring team, the team has only one player (Gabriel Martinelli) in the top ten scorers.

This has meant that Arsenal have not relied on any specific player, and thus the absence of players has not affected them as much.

Tottenham, on the other hand, have had the same problem; not being able to sustain good form consistently. In addition, the team has the eighth worst defence in the league, conceding 25 goals that has not helped their cause.

Tottenham had signed Cristian Romero, Clement Leglet, and talented full-backs such as Udinese’s Destiny Udogie and Middlesbrough’s Djed Spence to bolster their backline. However, this has not helped their cause, as they have struggled to perform as a unit.

In the attack, only Harry Kane is in form with 15 goals to his name, with the second top scorers being Pierre-Emile Hojbjerg, Rodrigo Bentancur and Son Heung Min with four goals each.

Midfielder Yves Bissouma missed Tottenham’s 4-0 away win against Crystal Palace through an ankle injury. He is currently being assessed and will definitely play against Arsenal replacing Oliver Skipp. Rodrigo Bentancur is also expected to be back from a pelvic injury which will give Conte many options in the middle of the park. With Lucas Moura, Dejan Kulusevski and Richarlison yet to return, Spanish youngster Bryan Gil will start alongside Son and Kane.

The Gunners were also missing several players, none more critical than Gabriel Jesus, who has undergone knee surgery and will be out for a long time. This means Eddie Nketiah, who got a brace against Oxford in the FA Cup, will continue. However, Emil Smith Rowe and Ben White have returned, giving Arteta more options. The only other absentee for the team is winger Reiss Nelson who is out with a thigh injury he sustained against Juventus in a club friendly on December 17.

If there is one player that Tottenham always relies on, it is Harry Kane. And the striker has not disappointed so far, scoring 15 goals and providing one assist. He is only behind Erling Haaland in the scoring charts. With Richarlison and Kulusevski also not available, the pressure on Kane to score goals has increased further. However, pressure situations are where Kane has shown his best, and Tottenham need it to qualify for the Champions League next season.

Meanwhile, Arsenal have played the perfect team game, which means they have not depended on any single player. However, even then, their best player has undoubtedly been Bukayo Saka. The 21-year-old has come to the fore this season, scoring six goals and providing six assists. Only Kevin de Bruyne has created more goals than Saka.

Arsenal have only seven points in 17 matches which shows how brilliant they have been. Their only loss in the season came back on September 4, 2022, when they lost to Manchester United. However, the draw against Newcastle means there is now significantly less margin of error for the Gunners. Failing to take three points against Tottenham will give City a chance to come within two points, with the two sides yet to meet in the league.

On the other hand, Tottenham desperately need the win not to lose ground in the top-four race. Arsenal are a far better team, but Tottenham are playing at home, and the crowd support will help them eke out a draw.