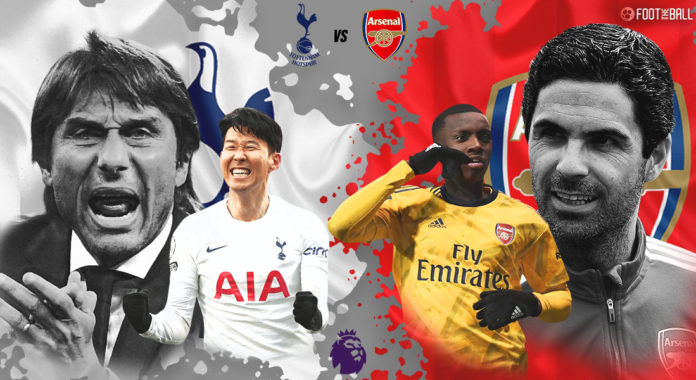 Spurs have done very spursy things of late. They lost to Brighton and drew with Brentford before winning against Leicester City. However, the biggest result in recent times was the draw against Liverpool. Antonio Conte has potentially derailed Liverpool’s quadruple hopes and he is eyeing more scalps.

The defence has improved with the return to form of Cristiano Romero. Dejan Kulusevski is showing supreme promise with his passing and running. The team is capable of pushing for more as they trail their opponents by four points. A win over their favoured rivals will certainly put a spring in their step to close out the season strongly.

The Gunners bounced back from three consecutive losses earlier this month with four consecutive wins. It includes victories over Chelsea, Manchester United, and West Ham. Mikel Arteta rightly lauded the attitude of his players and Arsenal are clear in fourth spot. The return of Champions League football is the ultimate goal for the Gunners.

🍿 Time to enjoy it all over again, Gooners

They have a bevy of young stars who can hold their own against any opponent. Bukayo Saka, Emile Smith Rowe, and the star of the moment, Eddie Nketiah. The defensive issues do need addressing and that will be Arteta’s main focus. If the Gunners can pull off a win away from home, they will virtually knock out their opponents in the running for the fourth spot.

Spurs have no new injury issues to deal with. Sergi Reguilon may continue to miss out.

Arsenal will evaluate the fitness of Ben White as game day approaches. If he cannot play, Rob Holding will continue.

Heung-Min Son hit 20 goals in the league against Liverpool and always looks the likeliest to score for Spurs. Cutting in from the left side, his favourite thing is to shoot from distance, curling the ball away from the goalkeeper. Son is also an adept runner with the goal and has scored some amazing solo goals, illustrated by 8.99 progressive passes received per 90.

His mobility is greater than Kane’s, meaning the latter’s linkup play and superb passing will set Son free. With the addition of Dejan Kulusevski, the front three are interchangeable across positions. Son is an extremely intelligent runner who can worry Holding. Arsenal have to stop him in the midfield area and not let him get away.

Eddie Nketiah has changed his fortunes with the club after some amazing performances. Arteta has not been afraid to use youngsters all season long. Alexandre Lacazette’s dry run in front of goal necessitated the change and Nketiah took his chance. Two goals against Chelsea and Leeds United respectively have galvanized Arsenal’s top-four hopes. Spurs have been nervy in defence which will benefit the Gunners.

Liverpool put them under the pump for much of the second half. Ben Davies seems the most suspect for the pace and trickery of Bukayo Saka. He can set up any number of his teammates for chances to shoot at goal. Therefore, there will be opportunities to score against Spurs and Arsenal have the means to get the job done.

If Arsenal, they will clinch the fourth spot with a seven-point lead over Spurs. Therefore, Conte and co. must do everything to keep the race going. Spurs are extremely dangerous in attack, but it will be an open affair for the most part. It will one of the most consequential North London derbies in recent times. FootTheBall predicts a 2-2 draw between the two enemies.