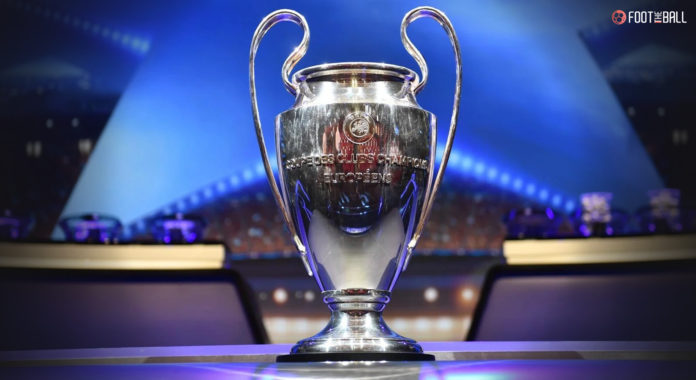 After 102 days, the UEFA Champions League will start on September 6, 2022. The last time we witnessed a match in the tournament, Real Madrid won their 14th UCL title by defeating Liverpool, with the impressive Vinicius Jr scoring the winning goal. But before the new season begins, all eyes will be on the UEFA Champions League draw, which will be held at the Halic Congress Center, Istanbul.

The draw will determine the fate of the 32 teams as they will be divided into eight groups. As with every season, the draw is bound to throw some interesting groups and clashes that fans eagerly await.

Every year, all the 32 teams will be divided into four pots like every season. This will change from the 2024 season when a new Champions League format will be implemented.

What time is the UEFA Champions League draw?

So, when is the UEFA Champions League draw? The draw will be held in Istanbul on August 25, 2022, where the fate of all 32 teams will be decided. According to UEFA, the draw will start at 7 pm local time.

Fans in Britain can view the draw from 5 pm BST, while those following the GMT can tune in to the draw from 4 pm. In India, the draw will start at 09:30 pm IST.

For fans in the United States, the UEFA Champions League draw will start at noon, while those in Europe following the CEST can watch the draw from 6 pm.

The #UCL draw takes place on Thursday evening. Who are you hoping Spurs get in their group? #THFC pic.twitter.com/RqyJ8cWkQ8

Where to watch the UEFA Champions League draw?

The UEFA Champions League draw will be telecasted in India on Sony Ten 2 and Sony Ten 2 HD. Those looking to live stream can do so on the Sony Liv App, which requires a premium subscription.

Fans can tune into BT Sport to watch the draw in the United Kingdom. Across the Atlantic in the United States, the draw will be telecasted on CBS Sports HQ. Those looking to live stream can do so through CBS’ online streaming service Paramount+.

The draw will also be live streamed on UEFA’s website, which can be viewed free of cost worldwide.

Traitor or innocent? All you need to know about ‘The Figo Affair’ (El Caso Figo) documentary

How will the draw work?

The 32 teams will be divided into four pots. The first pot consists of the six champions from the highest ranked league. They will be joined by the Champions League and the Europa League winners. However, since Los Blancos are both UCL and Spanish champions, the spot reserved for the Spanish champions was given to Eredivisie champions Ajax.

This happened because Eredivisie was the next best league in the coefficient list. The rest of the teams in Pot 2, Pot 3, and Pot 4 will be determined by the UEFA club’s coefficient ranking.

UEFA’s rule also dictates that no two teams from the same league can be paired into a single group. This immunity also extends into the Round of 16.

A look at the four pots

All teams have confirmed qualification for the tournament, with three final playoff matches- Copenhagen (Q) vs Trabzonspor, FK Bodo/Glimt vs Dinamo Zagreb (Q), and Rangers (Q)vs PSV Eindhoven deciding the last three teams. Here is what the final pot structure looks like:

When will the UEFA Champions League start?

The 2022-23 Champions League season will start on September 6. However, due to the 2022 FIFA World Cup, UEFA had to finish the group stage well before the start of the tournament. Therefore, the group stages will finish more than a month earlier than in previous seasons.

The final will be played at the Ataturk Olympic Stadium in Istanbul, which hosted one of the best finals in 2005 as Liverpool came from 3-0 down to win against a star-studded AC Milan side.