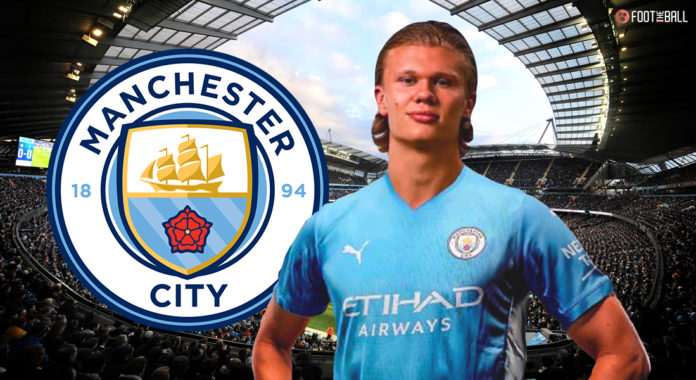 The transfer saga that was expected to rule the summer window has had an early end. The crown jewel of the transfer market, Norwegian striker Erling Haaland, has completed a transfer to Manchester City, the clubs confirmed in the statement below.

Haaland has a release clause in his contract when he signed with Dortmund. It was due to come into place at the start of this upcoming transfer window. The eye-watering release clause of 75m Euros was an absolute steal for a player of Haaland’s calibre. Therefore, there was a long queue of clubs lining up for his signature.

Haaland gone? Not all is doom and gloom for Dortmund. Here’s how they can get better

Due to his release clause, Erling Haaland was expected to be at the center of a bidding war. Furthermore, there is expected to be a serious lack of elite strikers on the transfer market this summer. Therefore, it was clear that Haaland would have the choice of his club, with nearly every major European power, from Real Madrid, Barcelona, Manchester City and PSG chasing his signature.

Here’s why the upcoming transfer window will be the craziest in football history!

However, a confirmation of a move this early undoubtedly puts pressure on other clubs, ever more so due to the club Haaland has chosen. Manchester City have elite personnel in every area, barring a world-class striker. There are questions about whether City even need a striker, but Haaland adds another dimension to their attack.

The missing puzzle for @mancity to win them the @championsleague is on his way😍#haaland #mancity #erlinghaaland #transfernews #transfermarket #dortmund #bvb #UCL pic.twitter.com/6ZqN8Z8O5G

With the number of chances they create per game, having Erling Haaland at the end to finish is a scary thought for rivals worldwide. Borussia Dortmund, meanwhile, have already sealed a move for Karim Adeyemi as Haaland’s replacement.

On the transfer front, this move would push other clubs to urgency. Manchester United want to sign a striker this summer and the pool just got smaller. Moreover, one of their biggest rivals got strengthened further. The same is the case for Chelsea, where Lukaku hasn’t worked out. PSG are stuck in limbo over Mbappe and the likes of Bayern and Juventus have a sticky situation up-front as well.

Must read: The Ronaldo-Messi era is over. It’s time for Mbappe-Haaland!

Manchester City have arguably sealed the biggest transfer of the coming window before the start of the window itself. After an unbelievable Champions League exit, this gives them a shot in the arm.

The Norwegian might have had the pick of the clubs for him, but people close to him always stressed the Haaland Manchester City connection. Haaland’s father famously went on a tour of European clubs with Mino Raiola in January.

Mino Raiola, agent not liked by many, loved by his clients- Here’s a dream XI of Raiola clients, featuring Haaland.

Haaland’s father, Alf-Inge Haaland played for the Cityzens during his playing career. His confrontation with the then United captain, Roy Keane, has become the stuff of legends at this point. Haaland himself was a fan of the club, although he has said that Leeds United were his first club in the Premier League. His father also turned out for The Peacocks.

Real Madrid and Barcelona looked like the only other realistic alternatives for Haaland. However, both pulled out due to various reasons. Real Madrid have a single aim of landing Kylian Mbappe, and Haaland wasn’t willing to wait another season. Meanwhile, Barcelona are still not over their financial difficulties. Any move for Haaland would have opened up a whole new problem for their accountants.

Manchester City have taken pounced on a perfect storm of events to get their hands on the most prized player of the transfer window. If Pep is able to get the best out of Haaland, the Manchester City machine is not stopping anytime soon.