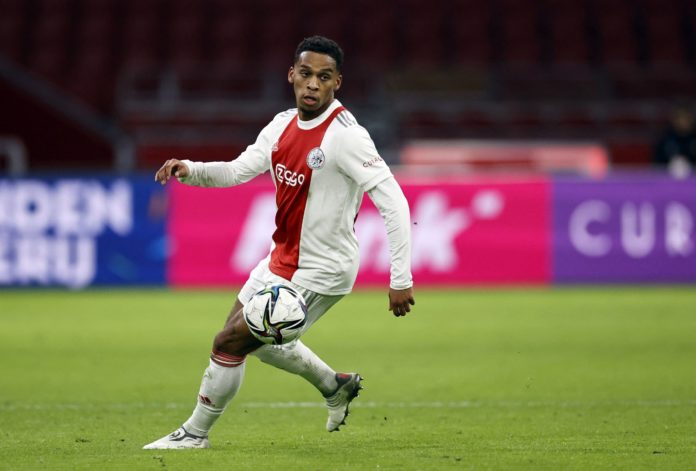 Erik Ten Hag’s revolution at Man Utd is in full swing. Mirror has reported that the Dutch manager has told the board to prioritize the Jurrien Timber transfer and Darwin Nunez as he seeks to kickstart his reign at Old Trafford.

Manchester United, as things stand, would go into the next season with just Cristiano Ronaldo as their main striker, so the signing of a new striker was high on their agenda. Jurrien Timber, meanwhile, is looked at as an exciting young player who also fills possible gaps at CB, RB and defensive midfield.

Timber and Nunez? – Here are the players that could become the signing at Man Utd under Erik ten Hag

With United’s chase for Frenkie de Jong hanging in the balance, the Jurrien Timber transfer could be pivotal for the club.

Jurrien Timber rose through the ranks at Ajax academy under the tutelage of Erik ten Hag. He had caught the eye of the now Man Utd manager with composed displays since his breakthrough.

“He will not immediately be the leader of the Ajax first team,” Ten Hag had told Ajax TV in September 2020. “But he dares to speak out immediately and has not been shy in the dressing room. Those are important qualities to get far,” he said.

Jurrien Timber can play as a Right-Back, Centre-Back and in defensive midfield, arguably three areas needing the most attention, except, of course, the forward department.

Timber recently reaffirmed his loyalty to Ajax but if Manchester United come in with a decent offer, then Ajax wouldn’t stay in the way. Moreover, the Erik ten Hag connection could convince Jurrien Timber of the project at Old Trafford.

The other part of that double swoop is Darwin Nunez. The Uruguayan rose to prominence this season after a clinical year saw him score 32 goals in 38 games. He had a similarly great year in the Champions League, making him a transfer target for the European elite.

Benfica is reportedly demanding a king’s ransom for their star forward. Manchester United would need to add quickly and decisively if they are to add his services for next season.

Here are 10 Darwin Nunez facts you need to know!

Jurrien Timber and Darwin Nunez would represent a solid start to Erik ten Hag’s rebuild at Manchester United. It remains to be seen if the club makes it happen, but the two transfers, especially Jurrien Timber’s look wise and strategic.