Tuesday Transfer News: Man Utd Lures Pogba Back To Old Trafford; PLUS All The Latest From Chelsea, Arsenal, Liverpool & More

What a start to the week in the summer transfer window. Jose Mourinho, Pep Guardiola take charge of their clubs Manchester United and Manchester City respectively, as Conte makes his way to Chelsea following Italy’s ousting at the Euro 2016.

A recap of transfer news and gossip so far:

Go to top
Aston Villa are close to signing goalkeeper Pierluigi Gollini from Hellas Verona in a £4.25million deal. 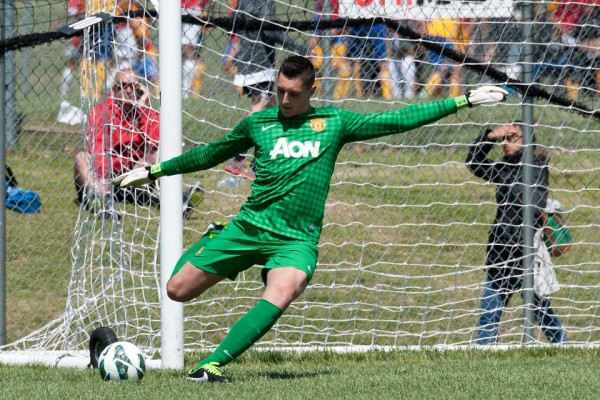 Go to top
Everton are closing on a £1million deal for Sheffield United forward Dominic Calvert-Lewin.

The 19-year-old had a spell on loan at League Two Northampton last season before returning to Bramall Lane.

Go to top
Swansea City have completed their first business of the summer after signing Holland international Leroy Fer from Queens Park Rangers for an undisclosed fee.

Go to top
Everton are exploring the possibility of signing Kasper Schmeichel from Leicester City.

The 24-year-old, hampered by injury, fell out of favour with Rafael Benitez and Zinedine Zidane last season. It was thought PSG were leading the race, but looks like Chelsea and Manchester City might rope him in.

Go to top
Crystal Palace are on the verge of upping their bid for Christian Benteke – worth up to £31.5million.

Liverpool want to recoup the £32.5million they paid Aston Villa for the Belgium international last summer and Palace believe their offer will be accepted.

The Selhurst Park club plan to offer up to £27million up front with the rest in add-ons.

Go to top
Arsene Wenger is going all guns blazing for Lyon’s French striker Alexandre Lacazette, as well as number one striking target Romelu Lukaku of Belgium and Everton, according to The Sun.

Everton are demanding a staggering £65m for Lukaku but it is thought they would be willing to let him leave for around £40m; Wenger has been a long-time admirer of Lacazette, but he is the Gunners second option with a potential £38m cost to the club.

Go to top
Will he, won’t he? The Pogba saga continues, this time United have no issues with spending £80m on a player they let go for free four years ago! The Red Devils are increasingly confident about bringing former midfielder Paul Pogba back to Old Trafford – possibly for a world record fee.

According to Daily Mail, it seems United will have to convince Pogba’s mother that a return to Manchester is a wise move after she hit out at his treatment previously, claiming the club had driven him to tears.

Go to top
Everton boss Ronald Koeman is hoping for a reunion with Graziano Pelle.

Koeman during his Southampton stint in 2014, has signed Pelle from Feyenoord and now he wants to do the same again having arrived at Goodison Park. Another option being considered by Koeman is Hal Robson-Kanu, impressing the Toffees while playing for France at the Euro 2016.

Go to top
Watford have confirmed the departure of their midfielder Jose Manuel Jurado to Espanyol. Guard joined Watford from Spartak Moscow in July 2015.

A statement on the Watford website read: ‘The Hornets can confirm that Jose Manuel Jurado has today completed a permanent transfer to Espanyol….. All at Watford FC wish Jose well for the future.’