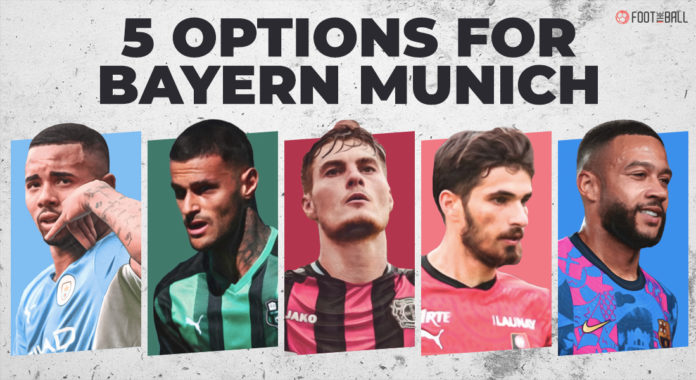 A longtime relationship may be coming to its conclusion. Bayern Munich have been THE dominant force in the Bundesliga over the last decade. The Bavarians have won 10 straight titles, winning their most recent one by a margin of eight points. Like every year, their charge had been spearheaded by Robert Lewandowski. It’s hard to remember a time when he wasn’t the top-scorer in the Bundesliga.

Lewandowski tells Sky: “I won’t sign a new contract. We have to find the best solution for both sides. I told the club that if an offer comes in, then we have to think about it – also for the club”. 🚨🇵🇱 #Lewandowski pic.twitter.com/tG3mSxLzV3

However, there is every chance that those heydays in Germany are coming to an end. Lewandowski has confirmed that he will not sign a contract extension. Moreover, he has communicated to the board that he wishes to leave in the summer. Given he is under contract till 2023, Bayern have been steadfast in not heeding to their superstar’s wishes. Barcelona are said to be seriously interested in signing Lewandowski.

Lewandowski’s agent Zahavi will push with Bayern to open talks to sell him “as soon as possible”. His main priority is still the same: Barcelona. 🚨⭐️ #FCB

Barça are not in contact with Bayern yet – but Lewa would be ready to accept their contract proposal: deal until June 2025. pic.twitter.com/bKDHLeNEsl

Even if the Catalans fail in their pursuit, he will have no shortage of suitors. However, all of it is not great news for Bayern who have no capable second striker to fill Lewandowski’s shoes. No doubt they will be forced into the transfer market to grab a new number 9. FootTheBall lists five players who can be strong options for the club.

The Brazilian striker will almost certainly be on the move after Erling Haaland signed. Jesus has a contract till 2023 so Manchester City are in no rush to sell. However, Jesus’ agent has revealed that his client is already in talks with clubs. Arsenal are said to be the front runners, but a bid from Bayern will be tempting.

It looks like things are progressing in Arsenal's pursuit of Manchester City striker Gabriel Jesus! 💸

Would you be happy if the Gunners secured the Brazilian this summer? 🤔#AFC #ManCity #Transfers pic.twitter.com/8jzzroxYQu

Jesus has not been the central, first-choice striker for City, often playing on the wings. Recently, he has shown his prowess with a purple patch when getting regular game time. Bayern have elite suppliers of crosses and passes so he should feel right at home.

This transfer will depend on if Lewandowski moves to Camp Nou. Nevertheless, Depay can still be an enticing figure in his own right. The Dutch striker has seen competition rise for his position in the team. Pierre-Emerick Aubameyang has settled in nicely while Ansu Fati is scoring goals whenever fit.

🚨 Barcelona are willing to sell Memphis Depay this summer if they receive the right fee. However, they are happy for him to stay and would renew his contract if an offer doesn't come in.

Fati is the future of Barcelona, and Depay has mostly had to settle for playing down the left. That’s a position which doesn’t suit him too much, given how centrally he plays for the Netherlands. With some quality service behind, Depay can go back to his best self like at Lyon.

It has been a wonderful 2021-22 for Schick. 24 goals in the Bundesliga propelled Bayer Leverkusen into the Champions League. It has comfortably been his career-best campaign and Bayern could be very interested. Though the Leverkusen board have already ruled out selling Schick, Bayern’s financial dominance in the Bundesliga is well-known.

❌ Bayer Leverkusen is 𝑵𝑶𝑻 likely at all to sell Patrik Schick to Newcastle in this transfer window.

Leverkusen could be forced to sell their star asset, much like RB Leipzig and Borussia Dortmund before them. The valuation could be a tad bit high but Bayern will have to spend in order to land a top-rated target. Schick could well be playing Champions League football, but for the German champions.

Rennes are famed for their world-class academy producing players like Eduardo Camavinga, Lesley Ugochukwu and Kamaldeen Sulemama. However, Bayern would go for the relatively older head of Terrier at 25-years-old. 21 goals and three assists in Ligue 1 has been his best ever returns with Rennes qualifying for Europe.

Thierry Henry has backed Martin Terrier (25) for a call-up to the France national team. The Rennes forward has 21 Ligue 1 goals this season, a figure only bettered by Kylian Mbappé (23), who has 24. (Prime)https://t.co/mmbS09DUBt

The most attractive thing about going for Terrier is the relatively modest figure he can be signed for. Rennes are one of the smartest clubs in Europe, but their finances are balanced by selling their top players. Therefore, bid for Terrier from the Bavarians will be really hard to resist in this market.

One of the hottest properties in Italian football, Scamacca enjoyed a fine 2021-22. 16 goals from 34 matches is a decent enough return for a 23-year-old getting consistent football. Scamacca has been desired by a number of clubs in Italy, with Inter most closely linked. However, Bayern can go for him in order to start a rebuild with their own young talents.

Italian striker Gianluca Scamacca on links with Borussia Dortmund or Premier League move: “My priority is to continue here in Serie A – but you never know what happens on the market… it’s unpredictable”, tells Sky. 🇮🇹 #transfers

“I will decide my future soon”, Scamacca added.

Like Terrier, it will take a decent but not exorbitant amount of money to prise away Scamacca from Sassuolo. Could Bayern really go for a young, unproven forward to replace one of the game’s greatest ever? Unlikely, but the market is very unpredictable. Bayern are not too fond of developing youngsters, with Musiala an exception. However, given how strong the rest of the team is, the Bavarians can take a punt with Scamacca for the future.