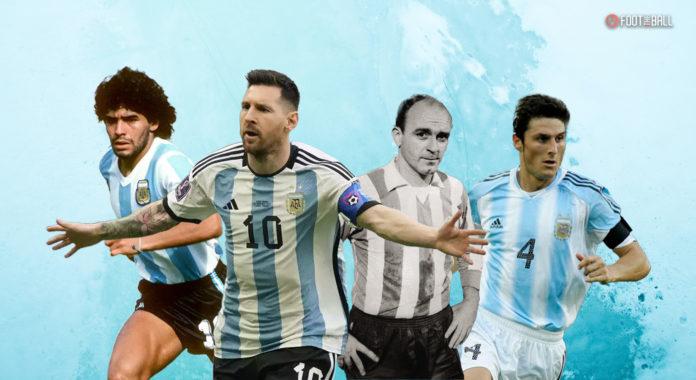 If you aspire to learn more about a land and its people, and genuinely widen your ways of seeing and thinking, it’s a good idea to indulge yourself in an articulation of that region’s culture, be it literature, music, sport, or any other meaning-making entity for its residents.

If the place which has caught your intrigue is Argentina, and you’re voyaging into its Jupiter-sized belly of football, you would’ve made a fascinating and edifying selection. As abundant works of an abundance of scholars would lay open, the sport’s hold on the country’s imagination and reality is such that it is possible to study Argentina’s modern-day history, politics, sociological trends as well as the everyday lives and passions of everyday people through football.

For over a century, football and Argentina have shaped each other’s identity, and ever since the 1910s there has been a myriad of arguments, claiming that a peculiar, distinctive brand of football is played in Argentina known as La Nuestra, which translates as “Our Way”.

What is La Nuestra?

In opposition to the historically monotonous and physical nature of the English game, the central tangents of La Nuestra are purely steeped in romanticism, and vociferously vouch for beauty and enjoyment in the spectacle, over winning for winning’s sake. Keeping the spectators on their toes through spontaneity, creativity, improvisation, and magic lies at the crux of La Nuestra.

Just like how La Nuestra is similar to Joga Bonito in its values, the former also shares parallels with the latter in its conception.

In a bid to celebrate the centenary of independence and reinforce Argentina’s self-governance, the uniqueness of La Nuestra was intellectually constructed by nationalist, revisionist writings in the pages of publications like El Gráfico. These narratives never dialled down on the use of strong doses of Argentine essentialism to unite the country’s increasingly diverse, immigrant communities into a solitary category. Through their discourse of difference, these opinion formers also wanted to obscure the role of Anglo-Argentines in introducing and subsequently shaping the development of the sport in the country.

However, much more than the blood or dietary habits of Argentines, La Nuestra developed because of how the sport was played by the working classes of the country, including those belonging to Anglo communities and soccer lines.

While the British installed the sport in their privately-run schools in 1867, the game rapidly climbed over the school walls and morphed into a wonderful entertainment and socialising outlet for workers, especially those in the railway industry, and immigrants. Not well-versed in the formal rules and norms of football, these communities, playing on streets and make-shift pitches often with make-shift balls, helped in giving imbuing the flavours of La Nuestra.

On the professional level, conforming to the lofty standards of La Nuestra, Argentina’s national team gained much praise and clout in the period from the 1920s to 1950s, largely under the tutelage of Guillermo Stábile. Although La Albiceleste lost two high-profile finals to Uruguay, and didn’t partake in any world cups from 1934 to 1954, the team performed extraordinarily at the continental level, winning Copa America eleven times between 1921 and 1957. Furthermore, Argentine club teams continued to impress their European counterparts with results as well as their style of play.

Is this the best matchday of this World Cup? 😱#Qatar2022 #FIFAWorldCup pic.twitter.com/tHKzzArUfV

The Crisis and the rise of Antifútbol

Then in 1958, the ‘Disaster of Sweden’ stuck, and life came to a standstill in Argentina. Playing in a World Cup for the first time in 28 years, La Albiceleste crashed out in the first round following a humiliating 6-1 hounding from Czechoslovakia. Argentina and its football were tugged down from their high horse of La Nuestra and hurled into a dark pit of existential nothingness.

Bereft of their identity, a philosophical inquest was in order, and a move towards modernisation and pragmaticism was the verdict.

‘We don’t have team-work, we have inspired individuals. Some always inspired. But for himself. He does not adjust for his team-mate when the adversary annuls his game,’ it was exclaimed in a sports magazine, following a visit to Italy just after the 1958 World Cup.

The athleticism and defensive stoutness of the Italy model was chosen as La Albiceleste’s new vision. A sort of Industrial Revolution, where ends justify the means, was to be applied to their football culture and style.

The proponents of this new ideology were coaches exposed to Europe like Osvaldo Zubeldia, Victorio Spinetto, and Juan Carlos Lorenzo, who took Argentina to the men’s 1962 World Cup in Chile. However, as life in Argentina continued to become politically regressive and authoritarian, the ruthlessness of the regime started to show on the football pitch as well by the mid-1960s.

Sinister and violent play became a regularity of Argentina’s new fashion of football, now known as antifútbol. While the national team’s conquests stayed confined to the continent, Argentine club football, intricately associated with antifútbol, achieved bundles of sporting successes beyond the continent as well.

There’s an argument to be made that the ferocious and violent nature of antifútbol became distinctly Argentine in its own way but soon came a time when the players of the national team became disillusioned with the principles of antifútbol.

The flux between idealism and pragmatism

Into the 1970s, the crown of the World Cup still eluded La Albiceleste, and antifútbol was tarnishing their image internationally. The ever-enduring debates about the nation’s footballing identity increasingly became cynical towards antifútbol, and a renaissance of tradition and La Nuestra was on the horizon in Argentina.

Bearing the torch of football aesthetics was the energetic and politically conscious, César Luis Menotti, who thought about the sport, deeply, philosophically, intellectually. After a booming start in club football, Menotti, nicknamed El Flaco (The Slim One), got the reins of La Albiceleste in 1974 and was given time to implement his ideas.

Labelling antifútbol as ‘right-wing football’ that sucks the joy out of life, Menotti was a proponent of attack-minded football full of eloquent passing, fluency of skill, and risk-taking. Employing his form of La Nuestra – which manifested properly in the knockouts rather than the group stage – Menotti led Argentina to their first men’s World Cup triumph in 1978 in front of thousands of home fans in Buenos Aires.

After an ordinary showing at the 1982 FIFA World Cup, Menotti was replaced by Carlos Bilardo, who was an antithesis of everything that El Flaco symbolised. Yet again, it was a return of pragmatism at the helm of La Albiceleste.

A student of Zubeldia’s antifútbol, Bilardo espoused an ideology of winning, and just winning, no matter how. Blessed with the peak powers of Diego Maradona, Bilardo delivered the second and last World Cup victory for La Albiceleste in 1986.

Following the tenures of these two seminal managers, the ever-lasting debate in Argentine football between idealism and pragmatism, La Nuestra and Antifútbol got another name: Menottisme vs Bilardisme. However, it’s worth saying that their ideas and styles existed on a spectrum, and were never blindfolded in absolutes.

Coming to contemporary times, before Lionel Scaloni, during the disastrous World Cup in campaign 2018, La Albiceleste functioned like an anonymous, name-less collection of players. Scaloni, having quenched the nation’s 28-year-long thirst for a title by winning Copa America in 2021, has created a system where it’s not just about passing to Lionel Messi and hoping for miracles. While Messi is undoubtedly central to the proceedings, Scaloni’s modern style of attacking football and high pressing has galvanized and optimised players in other positions, and constructed a flowing team.

Perhaps once Messi, Argentina’s most-capped footballer and highest goalscorer, departs from the international scene, in an attempt to fill the black-hole-like void which his departure will create, we might find La Albiceleste once again peeking back to its extended and prosperous history of football traditions and ideologies to find meaning and selfhood.