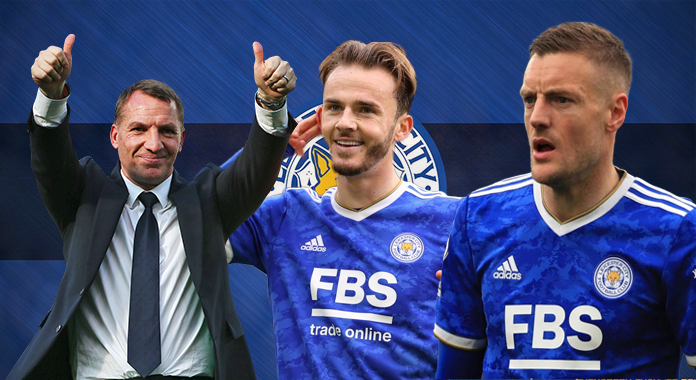 Leicester City are a team you never know what to expect from. The way they survived relegation in 2014/15 Premier League season to winning the league title the very next season in 2015/16 should be enough to back this argument. They have signed many underrated gems over the years. Developing them to sell for great profits while replacing the departed players with another batch of hidden gems has been their modus operandi.

Their most notable signings were Jamie Vardy in 2012 for £1m and Riyad Mahrez in 2014 for just £400K. After finishing 8th in the Premier League last season and losing in the semi-finals of the UEFA Conference League to Jose Mourinho’s Roma, who ended up winning the competition, Leicester needed to kick on this season. However, a bad transfers window has left them looking woefully short in all areas. After taking just a single point out of a possible 21 in the first seven games, conceding 22 goals, Leicester City’s relegation prospects are fortifying. What happened to cause this free fall? Is a Leicester City relegation a realistic prospect?

The foxes are known for their scouting system. The way they go into the market after identifying the right players knowing exactly what kind of player they are looking for and when these players do join the club, they perform very well. A few examples of this can be of their star man James Maddison, who The Foxes just acquired for just £24m from Norwich City in the summer of 2018. Youri Tielemans, whose future is unclear, was brought from Monaco, and can also be categorised as an example. The crown jewels of their recruitment strategy remain the PL-winning troika of Kante, Vardy and Mahrez.

Moreover, the new signings have always been ably complemented by youth players. Harvey Barnes, Dewsbury-Hall and Luke Thomas have become ever-present for the senior side.

However, this season has been different. The club were passive in signing players, while letting go of several big names from their roster simultaneously. Wesley Fofana signed for Chelsea this season. Kasper Schmeichel, Ademola Lookman and Hamza Choudhury also left the club. In return, they only signed CB Wout Faes and a backup GK in Smithies. The club failed to replace the players who departed and there is a very good reason for it.

Leicester City are in a £288m debt. Even though the club is in a financially stable position and it is not as bad as it looks, it would still be deemed financially foolish if the club signed new players and carried a swollen squad.

It was up to the players and the manager to work with what they got. The start to this season has been rather unfortunate and they currently sit bottom of the league. Here’s a deep look into what went wrong for the side this season.

What went wrong for Leicester City this season?

Leicester City look all over the place. Brendan Rogers is taking aim at the owners and holding them responsible for the current situation at the club. With many big names departing and the club signing no replacements, this has left the manager with very few options and a lot more decisions to make. Even though Rogers wanted more help in the transfer market and he doesn’t have many options to play around with, he is confident of turning around his team’s fortunes on the pitch. Their situation clearly shows it doesn’t have to get much wrong to become vulnerable.

The Leicester players look down in confidence. They are showing no spark whatsoever, look open at the back and are easily penetrative from the centre. The whole team looks weak and the players lack hunger. They look lost, they can’t seem to build up together as a unit on the pitch and their quick, exciting, entertaining counter-attacks have just disappeared. The Foxes just can’t hold onto their leads and defend. They seem to be playing no system and are to be seen everywhere. The players are delivering disappointing performances, however, the manager is to blame as much as his players.

After Kasper Schmeichel and Wesley Fofana’s departures, with Caglar Soyuncu itching to leave as well, the team looks extremely thin at the back. They have brought in Welsh international Danny Ward as their new goalkeeper. He hasn’t been keeping it well enough between the sticks and has been an example of what not to do while goalkeeping. He isn’t sweeping well, his shot stops are clumsy and he has conceded some goals which could have easily been dealt better with. The nadir came in the 6-2 defeat against Spurs. However, he can’t be blamed much, considering he is just a backup and the club should have replaced Schmeichel and brought in a new first-choice goalkeeper.

He is not the only weak link. Him, combined with an anxious backline at the start of a match is is a disaster waiting to happen. Football is a game of control and Leicester don’t seem to have it. Since the start of a match so far this season, Leicester have started the game with a good tempo but seem to lose it all soon as the first opportunity comes for the opposition. They can’t score enough goals, however, after they score, it makes them more vulnerable. They can’t seem to keep up when the opposition goes on an all-out attack after conceding and the Foxes just fall apart.

The men in blue seem to be completely switched off after taking the lead. This has happened many times till this point in the season. They scored first against Spurs, and proceeded to concede two. After equalising to bring it back to 2-2, conceded four more to lose 6-2

They give the ball cheaply, their defence is poor and their will to win the ball back is simply non-existent. They sit back and wait for the opposition to open them up and give them every chance to attack till they finally score against them. At a certain point, they just give up and nothing can be done about it. It is too late to change and their mentality is already rock bottom. There needs to be a change and it needs to be done efficiently.

Jamie Vardy hasn’t quite been what we expect him to be. Like last season, the forward has had a slow start to the new campaign but fans shouldn’t count him out yet, after all, he holds the record for most consecutive games scored in the Premier League. He has started five out of the six games till now and has provided a couple of assists. Last season, the Englishman netted 15 goals in 25 matches for The Foxes, also providing two assists. This season, nobody in this Leicester side has claimed authority and can’t be deemed Leicester’s main man.

So far, James Maddison has been the one shining light for the team. He has been involved quite a lot, trying to do everything he can for this team. He has gotten into great positions, created good attacking plays and scored some very good goals. Kiernan Dewsbury-Hall has been very impressive as well. He has established himself in this Leicester side and will be included in any future projects for the club. He is not afraid to take the shot from far off, has a good presence on the pitch and is a good passer of the ball.

When it comes to this Leicester side from a tactical point-of-view, they look lost. The Foxes line up in a 4-3-3 system with Maddison and Barnes on the wing, James Justin and Timothy Castagne as full-backs, Tielemans and Dewsbury-Hall as box-to-box midfielders, a holding midfielder and a striker up top. This system doesn’t seem to be working. The team desperately needs a better central defender, with that position assigned to Wilfred Ndidi for the time being and also a better holding midfielder.

Brendan Rogers needs to be strict because he has some very big decisions to make. The attack isn’t even his biggest worry, his defence is. The Foxes have conceded two goals for every goal they have scored so far this season and that is the part which they have to better.

How much should Leicester City be worried after their poor start to the season? 😓

Rodgers has overseen probably the most sustainably successful tenure in Leicester history, if we consider Ranieri’s PL triumph as a one-off. However, with him at the helm, Leicester City look like they’re sleepwalking to relegation. No manager can survive such results, regardless of the deficiencies in the transfer market. He’ll go down in history as one of Leicester’s best ever managers, but the clock in the present in ticking.