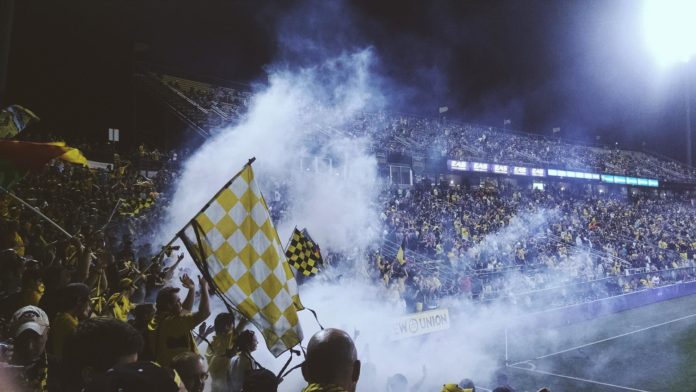 If there is one universal truth in the world of sports, it is that sports fans can’t resist a good underdog story. And there is arguably no sport where this is more true than professional football.

This love of underdog stories has become particularly acute in the modern era of the game, where the vast sums of money that have been funnelled into it in recent years have left fans searching for a grassroots underdog story.

Club football, more than international football, has seen its fair share of underdogs over the years. And in many respects, this makes complete sense, given how closely tied these teams are to their local communities.

This works to ramp up the emotional attachment and makes that underdog wins that little bit sweeter.

These are the kind of Cinderella stories that Online Bookmakers UK users love, as they typically come with lucrative odds – if you are able to lock in your wager early enough. And based on the activity on online sportsbooks these days, there are plenty of punters trying to lock in one of these bets!

With that said, however, what are the best underdog turned champion football club stories?

One of the greatest underdog stories in English football is without question Nottingham Forest’s 1978 performance.

This saw Nottingham Forest – who had just recently been promoted into the top division of English football – go on to win the championship that season.

This was all the more remarkable, given that under Brian Clough’s management in 1977, Nottingham Forest had barely earned a promotion spot, following a third-place win in the second division.

Despite this, Clough proved to be an inspiring figure for Forest. And with the help of star players such as Martin O’Neill, Peter Shilton, Garry Birtles, Kenny Burns and John McGovern, Nottingham Forest ended the season with a comfortable seven-point lead over Liverpool, who finished in second place.

Perhaps even more remarkably, Nottingham Forest would go on to reclaim the championship title in 1978! Nottingham Forest have since seen some hard days but are now back in the Premier League under Steven Cooper.

Although Scottish football clubs sometimes tend to be overlooked in favour of some of the bigger teams south of the border, this is not to say that they have not also enjoyed their fair share of underdog stories over the years.

Arguably the most memorable of these came in 1983, when Aberdeen ended up facing off against Real Madrid of La Liga, where they finished as runner-up.

This was made all the more remarkable by the fact that they had finished in third place in the Scottish League after a less than inspiring run.

Aberdeen by no means had an easy run to the final, however. And although they put in some solid performances, they were all hard-fought. This included wins against FC Sion, KS Dinamo Tirana, Lech Poznań, Bayern Munich and Waterschei.

This brought them to the final against Real Madrid in what turned out to be a David and Goliath match. Real Madrid already had six European cups behind them, with Aberdeen only having two league titles in Scotland.

Despite this, David managed to upset Goliath. And by beating Real Madrid, Alex Ferguson achieved a victory that was far more impressive than anything he achieved with the Red Devils.

Although it might seem like English football has somewhat of a monopoly on underdog stories, this is most definitely not the case – one of the best underdog stories in football comes straight from the continent!

Prior to the 2011/12 season, France’s Ligue 1 had been won by four different teams in the previous four seasons. And while many thought they had a good idea of who would capture the title in the 2011/12 season, few predicted this honour would fall to Montpellier.

Montpellier had finished the previous season in 14th place and only had a budget of around £29m to play with – which paled in comparison to that of some of the bigger French sides.

Paris St. Germain, in particular, had benefitted from millions being poured into the club by foreign investors. It was all but assumed this would sound the death knell of smaller clubs.

Despite the odds stacked against them, however, Montpellier pulled off an epic upset and took the crown. Perhaps most importantly, this was largely due to the efforts of players who had made their way up through the youth ranks.

Another remarkable upset on the continent came in 2013/14 – when the Spanish side Atlético Madrid managed to secure a hard-fought La Liga title.

Although this might not seem particularly remarkable, you have to put it in the context of the dominance of Real Madrid and Barcelona at the time.

Atletico Madrid win #LaLiga for the 11th time in their history, their first title since the 2013/14 season. pic.twitter.com/oCEQhma21G

It had been almost a decade since another side had secured a La Liga crown, with Atlético Madrid winning in 1996.

Despite these odds, Atlético Madrid put in the hard graft that season. And in a close victory, they barely got the better of Barcelona in the final.

This victory catapulted the manager into the Atlético Madrid hall of fame –  given that this was his first La Liga title as coach, having previously led the team to victory in 1996 as captain!

In the modern football era, there has been no greater upset than the feat this plucky team managed to pull off in the 2015/16 season.

Set against the growing commercialisation of the game, in which billions were being funnelled into English clubs by foreign investors each year, Leicester city had managed to retain their grassroots fanbase.

Without the backing of oil money, however, Leicester City also lacked the resources to put together a roster that could rival those of the biggest English clubs.

Despite this, Leicester pulled off one of the most remarkable underdog victories in the 2015/16 Premier League season, when they were crowned champions.

"@LCFC are top of the table at Christmas!"

The Foxes took a big step towards their famous #PL title win #OnThisDay in 2015 🏆 pic.twitter.com/LgybD8cACR

This was made all the more remarkable by the fact that they had finished in 14th place, which put them at 5000/1 to win the title the next season.

Helped by the strategic genius of new manager Claudio Ranieri and the attacking force of Jamie Vardy and Riyad Mahrez, Leicester looked truly unstoppable once the season got underway. This only served to ramp up expectations that the bubble would eventually burst. But it never did, and Leicester City went on to win the Premier League on an unbeaten streak, with 10 points to spare.