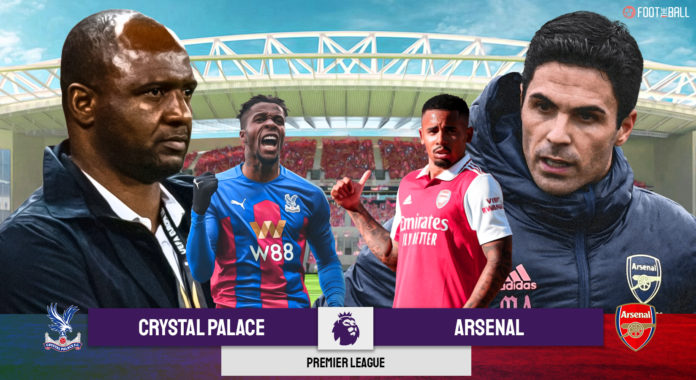 Seventy-six days, 724 hours, 43440 minutes. This is the time that fans will have been away from witnessing the best league in the world by the time Arsenal take on Crystal Palace on August 5 at Selhurst Park in the first match of the 2022-23 season.

Mikel Arteta is now under pressure to deliver at least a top-four finish this season after the transfer window. Arsenal have won all their pre-season matches, including a 4-0 win against Chelsea in the Florida Cup final.

Jesus has started hitting the ground running for Arsenal. The Brazilian scored a hattrick in the team’s last match against Sevilla. His partner-in-crime has been Bukayo Saka, equally lethal in the attack.

And by adding players such as Viera and Saliba, they have also strengthened their midfield and defence. Last season, Arteta missed the flight to Champions League against a resurgent Tottenham under Antonio Conte. And their London neighbours have further strengthened by having an even better transfer window than Arsenal.

This means there will be no room for complacency, and a win against Crystal Palace would be the perfect start for the team.

Crystal Palace have meanwhile placed their trust in Patrick Viera. Under the Frenchman, they have completed a relatively successful pre-season. Their last match, a 4-2 win against Montpellier, showed their attacking brilliance. On their day, Palace can be a handful for any top guns.

And if they get a positive result against the Gunners, it could be a promising season for the team.

Arsenal’s two matches against Chelsea and Sevilla showed two different formations. Arteta played with a four-person defence against Chelsea while opting for a three-person backline against Sevilla. With the addition of Saliba and Zinchenko, the defence has massively improved. Therefore, if Arteta opts for a three-person defence, it would allow freedom for Bukayo Saka and Zinchenko to cause mayhem on the wings.

For the Eagles, among their summer transfers, only Doucoure is a straight entry into the playing 11. However, Palace’s last match against Montpellier indicates Viera’s starting lineup. Vieira might not want to throw new signing Chris Richards in such a tough game straightaway. Guehi and Andersen made a good partnership last time and they are expected to continue.

For Arsenal, after the signing of Jesus and Zinchenko, they have got two brilliant, talented and experienced players. Jesus is an upgrade on Pierre-Emerick Aubameyang, while Zinchenko is a solid presence on the left flank. These two players not only add quality in terms of footballing ability but add the experience of winning multiple silverware.

Saka is also in excellent form, adding goals and assists from the right-wing. Meanwhile, adding Fabio Viera will ensure that new captain Odegaard has someone to share the creative responsibilities.

✅ Another win
🎩 Hat-trick hero
🔥 Man of the Match

For Crystal Palace, the signing of Cheick Doucoure is a massive boost for their midfield with his defending and brilliant creative passing. However, like so many seasons in the past, the onus of the attack will be on Zaha. While Malcolm Ebiowei is a talented youngster, he will need time to adjust to the Premier League.

It is a little challenging to predict the results of these matches just based on pre-season results. With the addition of new players, judging how a team will gel when the actual season starts isn’t easy. While Crystal Palace can deliver a knockout punch on their day, the Gunners could prove too much for them to handle.

FootTheBall predicts a 0-2 win for Arsenal.