To Benzema or not? 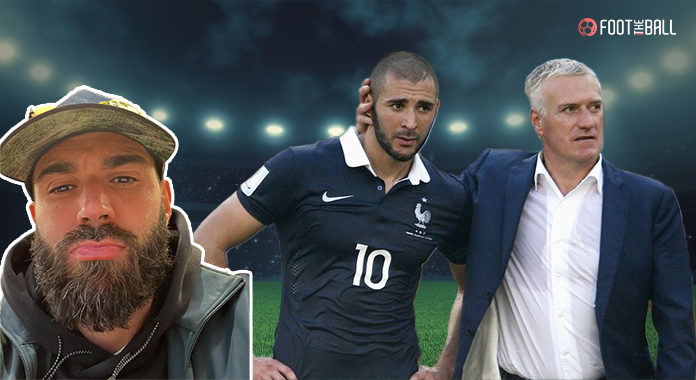 Since Thursday, rumours have popped up suggesting that Karim Benzema could make a return to the French national side in their World Cup final against Argentina on Sunday, but these implications have been dismissed by the French manager Didier Deschamps and the striker himself.

The current Ballon D’Or holder sustained a thigh injury on the eve of the World Cup in Qatar and was sidelined for an estimated period of three weeks, meaning that he would not be able to contribute to Les Bleus’ campaign in any capacity.

However, the 34-year-old striker’s rehab was speedier than anticipated, and he has already been in full training with Real Madrid. Los Blancos’ captain also featured for them in a behind-close-doors friendly against Leganes on Thursday.

Benzema was never replaced by Didier Deschamps from his 26-man roster theoretically means that the striker could catch a flight to the Middle-East nation and start in the playing XI. This fact coupled with his return to fitness brewed rumours in the Spanish media regarding the 34-year-old’s possible involvement in the World Cup grand finale.

Mundo Deportivo claimed that Los Blancos were willing to release Benzema, who had missed France’s 2018 World Cup-winning campaign due to his 5-year-long hiatus from international football, and the ball was now in Deschamps’ court.

What did Deschamps and Benzema say about the matter?

After Les Bleus’ semi-final triumph over Morocco, the French manager dismissed the question looming over Benzema’s second coming, saying: “I don’t really want to answer that question. Next question.” Earlier in the competition, during the group stages, Deschamps’ had also similarly declared that this was “not something that I’m thinking about”.

However, amidst all the speculation and confusion, Benzema took to Instagram to seemingly settle the dust over the issue on Friday evening. The Ballon D’or winner posted a cryptic selfie, where he’s looking like a detached and unconcerned person, accompanied by a caption that translates to English as: “I’m not interested”.

Perhaps in response to Benzema’s equivocal message, Deschamps recently changed his earlier stance and unequivocally expelled the rumours encircling his team and Benzema, emphasising that his focus is entirely on the “24 players in my squad”.

“Some players have been injured and Karim Benzema is one of them and Lucas Hernandez got injured in the first game. From that point on, I have 24 players in my squad and they are the ones at my disposal, so I don’t think it is fair to those players to ask about players who aren’t here.

“It is not up to me to decide who comes to watch the game, former players or injured players, I focus on my squad and the players at my disposal. We have lost three Christopher Nkunku, Karim Benzema and Lucas Hernandez and I lost them even though they were in the squad to begin with. So now I am focusing on my 24-man squad and they are the ones I will have at my disposal tomorrow,” said the French manager.

Despite significant setbacks in the form of injuries to midfielders such as Paul Pogba and N’Golo Kanté and strikers like Benzema and Nkunku, Olivier Giroud, Antoine Griezmann, Kylian Mbappé and company have brilliantly stepped up as Les Bleus look to become the first men’s side since Brazil in 1962 to successfully defend their world title.