Is it coming home? 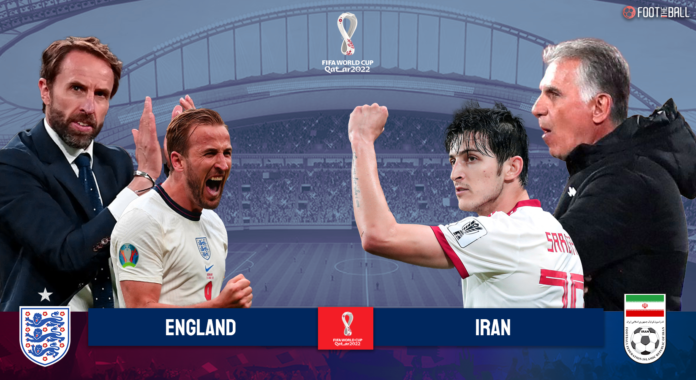 The FIFA World Cup is set to start on November 20, with Qatar taking on Ecuador in the opening match. And the next day comes a triple header, with England facing Iran in the first match of Group B. While England have arrived in Qatar as one of the favourites, Iran’s main aim will be to at least qualify for the round of 16. It has been 56 years since the Three Lions won their last and only World Cup title.

Now Gareth Southgate has arrived with an impressive squad with the right combination of talent and experience. However, there were still notable omissions in the team, such as Ivan Toney, Fikayo Tomori, and James Ward Prowse. Despite this, the English have a formidable squad capable of going toe-to-toe with any team.

The team has also shown its mettle in the big tournaments by reaching the semi-finals of the 2018 World Cup. They also finished runner-ups in the 2020 Euros defeating teams such as Croatia and Germany. And English fans will be hoping that the team manages to clear the final hurdle this time.

Meanwhile, Iran were brilliant in their qualification process, losing just one match to South Korea in the third round. Sardar Azmoun was the top scorer with ten goals, followed by Karim Ansarifard and Mehdi Taremi with seven each. However, despite having one of the strongest squads in Asia, the Iranians have massively underperformed and still to win any title.

However, the Iranians are the masters of low-block defending, as is evident by their previous World Cup performances. Therefore, the team will be heavily relying on counterattacks which Azmoun will be required to be at his best if Iran is to qualify for the next round.

One day to go until the @FIFAWorldCup draw is made! 🏆

Here's everything you need to know 👇

There is no one better: The top 10 players ever to play in FIFA World Cup history

The only thing that will be worrying Gareth Southgate in Qatar is the fitness of right-back Kyle Walker. Since being sidelined by a groyne injury at the start of October, the defender has not featured for Manchester City in any match. However, Southgate still put his trust in the veteran player. Initial reports indicate that he is facing a considerable challenge to be fit in time for the first clash. However, England have quality backups in Keiran Trippier and Trent Alexander Arndol, with the former expected to get the nod if Walker is unfit.

Just like England, Iran also have a player who has not played since an injury in early October. Sardar Azmoun tore his muscle fibre while playing for Bayer Leverkusen. Like Walker, he is also facing a race against time to be fit for the match. If he fails, manager Carlos Queiroz has Karim Ansarifard, one of the most experienced players in the team. However, the entire nation will be hoping that Azmoun is fit for the match.

England have a squad packed with talent, with many players capable of turning a match around on their own. However, England need goals, and if any man can provide them, it is the 2018 FIFA World Cup Golden Boot winner Harry Kane. The Tottenham striker has been one of the best in the world for years. And he will form a dangerous triumvirate with Raheem Sterling and Bukayo Saka. In the middle, the onus will be on Jude Bellingham to control the game’s flow and ensure the defence has a shield in front of them.

How did it change their lives? And can Harry become the first player ever to win it twice?

Loved talking to them about goals for @theathleticfchttps://t.co/UndUJ2IQDG

For Iran, while Sardar Azmoun may be the top star, others can also hurt the opposition. And the two players who will be the dark horses are Porto’s Mehdi Taremi and Feyenoord’s Alireza Jahanbakhsh. Taremi has been a sensation in the Portuguese League, scoring six goals and providing five assists while scoring five goals and two assists in the UEFA Champions League. Meanwhile, Jahanbakhsh has provided three assists in the Dutch League and has two goals to his name in the Europa League. And Queiroz hopes the duo will step up in the biggest tournament.

England have always been a slow starter at the FIFA World Cup, and with Iran excelling in resolute defending, the match could throw up a surprise. England’s defence has also been susceptible to counterattacks that Iran will be looking to exploit. However, without Azmoun, it will be too tough for the Asian giants.

FootTheBall predicts a 3-1 win for England.