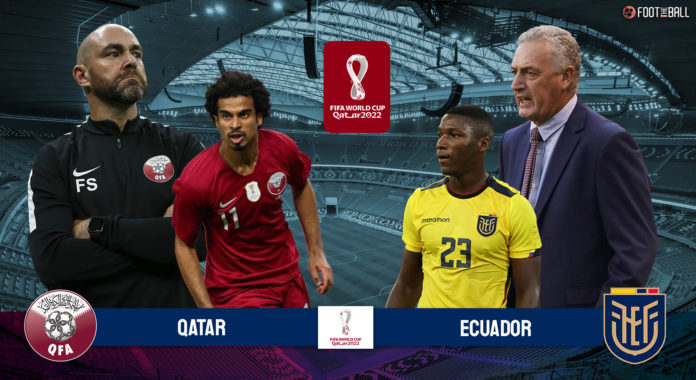 The FIFA World Cup opener is quite the spectacle. As the first match of the biggest football tournament in the world, it always attracts attention. However, what often escapes the real attention is the importance of the game for the two teams involved. With each team only playing three games in the group stage, a win in the first match is always what teams look for.

In the last five World Cups, there have been four wins and a draw, with 18 goals scored in the process. These matches included some brilliant games, such as Germany’s 4-2 win over Costa Rica, Senegal’s shock win over defending champions France in 2002 and Russia’s 5-0 thrashing of Saudi Arabia in 2018.

So, when Qatar take on Ecuador in the opening match of the 2022 FIFA World Cup, the expectations will be that the game lives up to the heights of its predecessors. Ecuador are ranked 44th, while Qatar are ranked 50th, which makes this between two teams.

Controversies at the biggest stage

Qatar have yet to play much international football as they qualified directly for the tournament. However, they are an impressive side that won the 2019 AFC Asian Cup, defeating top Asian sides such as South Korea and Japan. And no team should take Qatar lightly. They have talented players such as Akram Afif, Ahmed Alaaeldin, Abdelkarim Hassan, and captain Hassan Al-Haydos.

Ecuador will also be eyeing their chances against a team that has not played much competitive football for the last three years. The team will rely heavily on striker Enner Valencia who will be looking to add to his 35 goals for his country. They also have the second youngest squad in the World Cup, which include players such as Gonzalo Plata, Piero Hincapie, and Moises Caicedo.

Qatar had only injury concerns before the opening match, as forward Ahmed Alaaeldin came off injured in the game against Albania last week. While he is not an automatic starter, he has been used as an impact substitute, and manager Felix Sanchez will be hoping he recovers in time for the match. Elsewhere the team are injured free, the team will play more attacking compared to the quality of the opposition. This, combined with the home crowd’s support, will make Qatar a challenging proposition for any team.

Ecuador were brilliant in their 2022 CONMEBOL, qualifying in fourth place, scoring 27 goals, the second-highest and on par with Argentina. They also conceded 19 goals, the third-best record in the qualification after Brazil and Argentina. The Ecuadorian team arrived in the World Cup without three key players. Joao Rojas, Robert Arboleda and Byron Castillo all miss through injuries which is a setback for the team that they will; have to ensure doesn’t come back to bite them.

Qatar’s leading man for goals at the tournament is definitely Akram Afif. The forward currently plays for the Qatari club, Al Sadd. The forward has played in Belgium and Spain for Eupen and Sporting Gijon, respectively and has played at the highest level of any player in the team. Other players of note are left-back Abdelkarim Hassan, who has been capped 130 times by Qatar. Afif and forward Hassan Al-Haydos will be looking to get his 170th cap.

Meanwhile, Ecuador have more talent all across their board compared to Qatar. Leading the line will be their talismanic striker and all-time club goal scorer. And supporting him will be 22-year-old Gonzalo Plata. Elsewhere, they will have high hopes for Brighton’s Moises Caicedo, who will be tasked in the midfield to control the game’s flow.

It is pretty challenging to determine the result of a match when there is no record for both teams. While both players have international friendlies, it is hard to judge actual form based on the game. Qatar have a formidable squad, but Ecuador have come after qualifying through one of the toughest qualification groups. In addition, they also drew against Argentina and Brazil, which shows their quality.

While Qatar have home support, Ecuador have more quality. FoootTheBall predicts a 2-1 win for Ecuador.