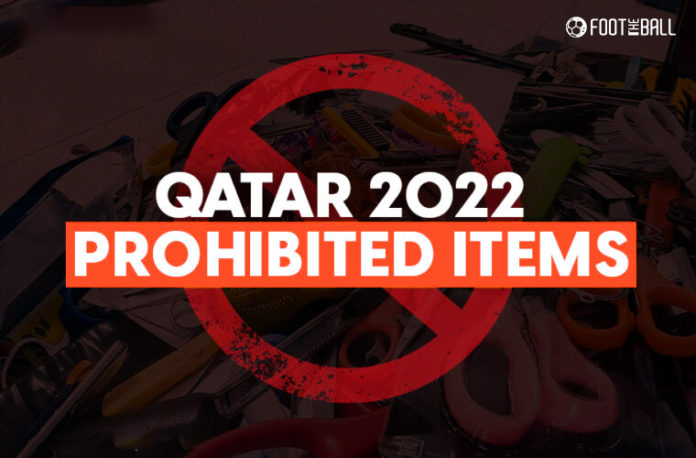 The FIFA World Cup in Qatar will be held from November 20 to December 18 as 32 teams look to etch their name in history by winning the title. It will also be the first time in history that the World Cup will be held in the winter season due to high temperatures in Qatar during summer. However, the tournament has also been subjected to huge controversies. There have been numerous reports on human rights violations, especially the death of migrant workers while building the infrastructure for the World Cup.

Besides, Qatar is deeply religious, where alcohol, gambling, and homosexuality are banned. The ban on alcohol has been somewhat toned down, with Qatar allowing for the limited consumption of beer in designated areas. The laws on homosexuality have also caused several LGBTQ fans to be worried about their safety in Qatar.

And while the World Cup chiefs have tried to allay the fears of fans, they have added caution to respect the culture of Qatar, which has caused scepticism among fans. In addition, Qatar has banned a list of things, including sex toys and skimpy outfits, which further enraged several fans.

Here’s a list of banned things at the 2022 FIFA World Cup.

One of the prominent bones of contention between FIFA and Qatari authorities was the sale of alcohol in Qatar. American beverage giant Budweiser has been one of the major partners of the FIFA World Cup for years, allowing them to sell beer in fan parks, around the stadiums and inside it. However, Qatar’s laws highly restrict its sale. In the end, a compromise was reached as Qatar allowed the sale of alcohol inside fan zones in Doha. However, beer will only be served from 06:30 pm to 01:00 am.

In earlier World Cups, beer was allowed to be sold all day. Qatar has also introduced a ‘sin tax on alcohol which means a pint of beer could be sold for as high as € 20. However, bringing in alcohol is still illegal and will be confiscated at the airport along with vapes, drugs etc.

Be prepared for expensive prices if you’re off to Qatar…

Gambling is also banned in the country. However, the rise of online betting sites will allow fans to bet safely on matches outside the borders of Qatar.

However, one issue that has hovered over the World Cup is the safety of homosexual fans who attend the tour. Homosexuality is a criminal offence in Qatar, with fans facing prison sentences if found flouting the norms.

The country has also banned skimpy outfits as the country laws dictate that non-resident women must wear clothing that covers their shoulders and knees.

Finally, Middle Eastern foods, predominantly non-vegetarian pork, will be unavailable as the meat is forbidden in Islamic countries.

What have the officials said?

Qatari officials have assured that as long as fans respect the country’s traditions, they will come in no harm’s way. Qatar’s World Cup chief Nasser Al Khater has earlier said, “All we ask is for people to be respectful of the culture. At the end of the day, as long as you don’t do anything that harms other people, if you’re not destroying public property, as long as you’re behaving in a way that’s not harmful, then everybody’s welcome, and you have nothing to worry about”.

On the issue of displaying LGBTQ symbols, Major General Abdulaziz Abdullah Al Ansari, one of the senior-most Qatari officials, has said that homosexuals fans are welcome. However, he cautioned against the brazen display of LGBTQ symbols inside the stadium.

Al Ansari said, “If he (a fan) raised the rainbow flag and I took it from him, it’s not because I really want to, really, take it, to really insult him. Because if it’s not me, somebody else around him might attack (him) … I cannot guarantee the behaviour of the whole people. And I will tell him: ‘Please, no need to really raise that flag at this point.”