The one without Mane 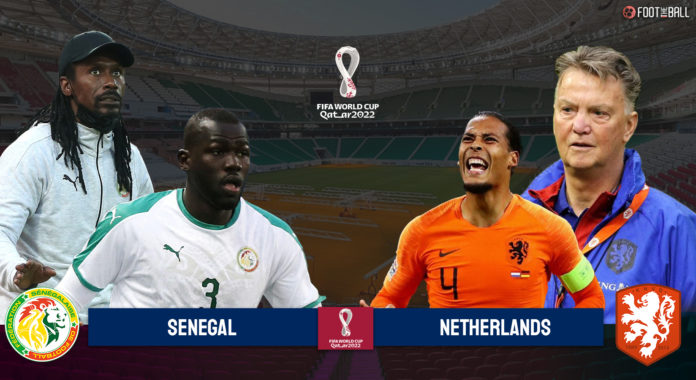 Netherlands and Senegal face off in the second game in Group A both knowing that a victory would be a significant step towards qualification for the knockout stages.

The Dutch may be the favourites in this group but they will take nothing for granted after disappointing in Euro 2020 and failing to qualify for the two major tournaments prior to that.

The reigning Africa Cup of Nations champions Senegal face an in-form Netherlands side on Monday afternoon. Aliou Cisse’s team followed up their first-ever continental triumph in February with a playoff victory against Egypt to secure World Cup qualification. However, Sadio Mane – the integral talisman that scored the decisive spot kick in both of those triumphs – will no longer take part after being ruled out through injury.

However, Cisse’s side are generally tough to break down, with six clean sheets in their last eight competitive matches proving to be the bedrock of their recent AFCON success and qualification for the World Cup.

The 46-year-old will almost certainly be looking for his players to keep things tight against Netherlands, before going into more winnable fixtures against Qatar and Ecuador as they look to reach the knockout stages for only the second time in their history.

Widely regarded as the biggest footballing nation never to win the World Cup – Netherlands having lost three finals in 1974, 1978 and 2010 – there is growing belief that this could be their year despite lacking a sprinkle of star individual quality when compared to their previous near misses.

Starting strong against Senegal on Monday will be important in order to maintain high morale, with van Gaal perhaps emboldened to go for the jugular with the aforementioned absence of Mane on the opposition team sheet.

Five days before kick-off, the Senegalese Football Federation board member Abdoulaye Sow confirmed that the Lions of Teranga “will have to cope without its best player” – Sadio Mane. Abdou Diallo is also a doubt with a knee problem.

Netherlands, meanwhile, will be without their own attacking talisman, too, with Memphis Depay ruled out of at least their opening match due to a hamstring injury. The Barcelona forward, who scored 12 goals during World Cup qualifying, has not played for club or country since sustaining against Poland in September.

US President Biden gave a call to USMNT team before a day before World Cup starts🙌 #Qatar2022 #QatarWorldCup2022 pic.twitter.com/C4HNsousXI

Senegal’s AFCON triumph was built on defensive resolve so even without Mane, Netherlands should expect to have their work cut out for them in the opener.

With both teams missing their most potent attackers through injury, we can envisage a cagey encounter between these two nations in Al Thumama on Monday.

Van Gaal’s side will be keen to show that this is indeed a new era and that previous disappointments have been put behind them so a strong start is to be expected.

Mane’s injury is undoubtedly a huge blow to Senegal’s chances of making an impact at the World Cup, with Netherlands’ superior strength in depth and technical proficiency likely to see them edge a tight fixture.

While their defensive resolve is far from faultless, Van Gaal’s Oranje should have enough to overcome a Senegal side shorn of their star man. FootTheBall predicts Senegal 0-1 Netherlands.