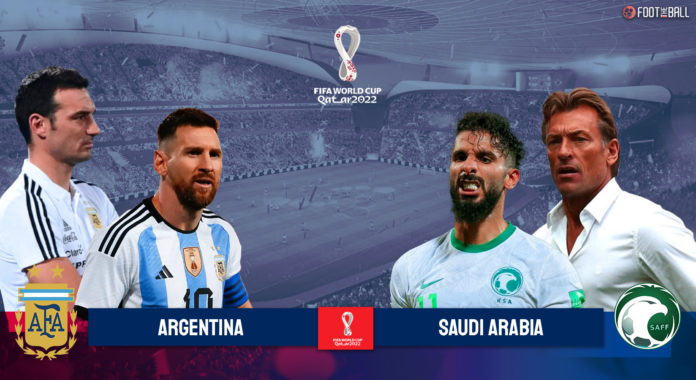 41 trophies. That is the number of titles Lionel Messi has won in his career. This puts Messi as the second most successful player in terms of championships in football history. However, there has been one major trophy that has eluded him, the FIFA World Cup. And when Argentina take on Saudi Arabia in their first match at the 2022 World Cup in Qatar, Messi hopes to add that trophy to his impressive collection.

Argentina have massively underperformed by their standards in recent years. However, the team got their act together to win the 2021 Copa America after 28 years which will inspire confidence in the personnel.

On top of that, they are also unbeaten in their last 36 matches. The Albicelestes are drawn in a tough group that includes Mexico and a Robert Lewandowski-led Poland. Since both these matches are tough, Argentina will be hoping to set down a marker against Saudi Arabia. It may also be the last World Cup for other stars such as Angel de Maria and Nicolas Otamendi. For Lionel Scaloni’s men, anything other than the top spot will be a disappointment, and they will be hoping for three victories based on their current form.

A race for second

On the other hand, it is the toughest match for Saudi Arabia and the 51st-ranked team in FIFA. The team were impressive in qualifying for the World Cup, topping their groups both in the second and third round to book their ticket to Qatar.

Out of the 26 men named for the World Cup by manager Herve Renard, 25 play in Saudi Arabia, with only goalkeeper Mohamed Al-Yami plying his trade in Egypt. The team will also be relieved by the fact that experienced midfielder Salman Al-Faraj was able to make a full recovery from an injury just in time for the tournament.

THE GOAT, Lionel Messi has arrived at Qatar. 🐐🇦🇷 pic.twitter.com/JZZArvoips

One of the major concerns for Argentina will be in the middle of the park as Tottenham’s Giovani Lo Celso has failed to recover from an injury. Argentina’s injury concerns haven’t ended at Lo Celso, with midfielder Nico Gonzalez and Inter Milan’s Joaquin Correa also sidelined. Angel Correa and Thiago Almada have replaced the duo in the squad. Elsewhere, Scaloni has no new injury issues, and Argentinian fans will hope this remains the issue.

One of the players Saudi Arabia had high hopes for Qatar was striker Fahad Al Muwallad. The forward has scored 17 goals for the national team but failed a dope test earlier this year. This means that the coach will have to look towards other options. Due to the quality of the opposition, Saudi Arabia will spend the majority of matches on the defensive, which means a three-man backline led by the experienced Yasser Al-Shahrani will have to be at their best to snuff out the Argentinians.

If you have one of the best players ever in football history in your ranks, they automatically become your most significant game changer. After failing to match his high standards at PSG in his first season, Messi has come roaring back. He has scored seven goals and provided ten assists in Ligue 1 while scoring four and assisting four in the Champions League. However, he is 35 and will need support from his teammates, notably de Maria, Paulo Dybala and Lautaro Martinez. Due to Lo Celso’s absence, the defensive midfielder spot will go to PSG’s Leandro Paredes.

Furthermore, Argentina also have two brilliant options in Lisandro Martinez and Christian Romero. In goal, they will rely on Aston Villa’s Emiliano Martínez.

For Saudi Arabia, coach Renard will be looking to rely on teamwork rather than individual talent, which the team desperately lack. However, if there is one man the team will look to, it is Saleh Al-Shehri. The Al-Hilal striker has not been in top form recently but is one of their most experienced players.

In recent years, Argentina has experienced far more moments of misery than joy in the FIFA World Cup. In the last five World Cup, Argentina have only reached the final once and have been eliminated in the group stages once. While the team has world-class talent, they often need to deliver when it matters.

However, that doesn’t mean Saudi Arabia can cause any problems for them. FootTheBall predicts a 5-0 win for Argentina.