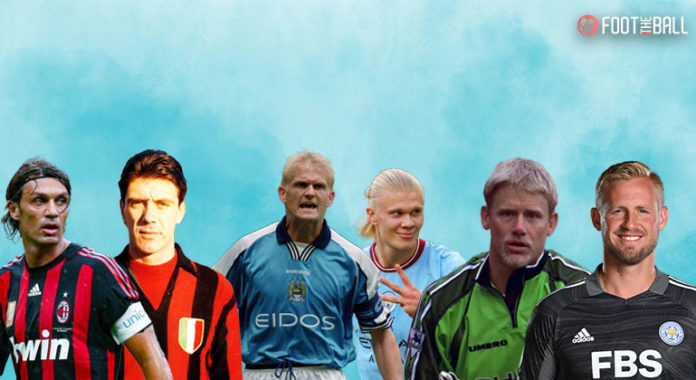 When Manchester City signed Erling Haaland, even the most optimist of fans would not have expected that the Norwegian would score 17 goals in just 11 matches. The striker has devastated opposition left, right and centre. He has also scored three consecutive home hattricks. Haaland already looks on his way to becoming a Manchester City legend, an honour already bestowed upon his father, Alfie Haaland. The two are among the most successful father and son football duos.

However, the trajectory of Haalands is rare in football. When analysing father and son football duos, the son usually fails to match the father’s standards. And it is not surprising when considering the modern studies conducted in the field of genetics. Researchers have repeatedly proven that becoming a top sports person requires a combination of multiple factors.

But, there are instances when the son matches or goes beyond what his father achieved in football. So, here are the top father and son football duos.

Our father and son football duo list starts with the obvious choice, Erling Haaland and Alfie Haaland. Alfie spent an entire decade in England playing for Nottingham Forest, Leeds United and Manchester City. It was at his time in Leeds where Erling was born. However, Alfie’s career highlight was the horror tackle he suffered at the hands or, rather, the feet of Roy Keane.

Erling, like his father, started his youth career in Norway. After that, he went to Austria and Germany before finally arriving at City. Erling could easily break the all-time Premier League single-season goal-scoring record with the rate he is scoring. Sadly for his rivals, he is just getting started.

1 – Erling Haaland is the first player in Premier League history to score a hat-trick in three consecutive home games in the competition. Monster. pic.twitter.com/Iys0rdu4ey

The only father and son football duo to win the Premier League, Peter and Kasper Schmeichel are both legends. The senior Schmeichel started his career in his native Denmark. But it was at Manchester United where he established himself as one of the best goalkeepers in business. The Dane won 15 trophies with United, including the famous 1999 Champions League final against Bayern Munich. He also helped Denmark win the 1992 Euros and 1995 FIFA Confederations Cup on the international stage.

For Kasper, it was very heavy boots to fill, and while he may not have eclipsed his father’s achievements, he had an incredible career of his own. The shot-stopper has played for a number of clubs. However, his most significant achievement came with Leicester City when they won the Premier League in the 2015-16 season. It is considered by many to be one of the best underdog stories in football.

In football, one would be hard-pressed to find a more successful father and son football duos. It is also one of the rare instances where the son surpassed the father. Cesare Maldini spent 12 years at Milan, winning six trophies, including four Serie A. He was also selected for the FIFA World Cup All-Star Team and the World Soccer World XI.

Three generations of the Maldinis have won the Scudetto.

However, his son Paolo would pass his legacy to become one of the best defenders ever to play football. Paolo won an impressive 26 trophies during his time at the club. This included seven Serie A titles and five Champions League/European Cup. He became the gold standard of defending, and it will be near impossible for any other AC Milan player to eclipse his legacy. And now his son Daniel Maldini is also a Serie A winner with AC Milan but has still a long way to go before he comes anywhere near his father’s legacy.

His son Xabi would, however, far surpass the legacy. The midfielder played for top clubs such as Liverpool, Real Madrid and Bayern Munich. Xabi has won all during his career, including league titles in Spain and Germany, Champions League, European Championship and the World Cup. He has also been part of some iconic matches, such as Liverpool’s 2005 Champions League win over AC Milan.

This is not a father and son football duo but one father and his two talented sons Thiago and Rafinha. Mazinho had already established himself as a Brazilian legend after winning the 1994 World Cup. He has also been voted the best player in the Brazilian league for three consecutive years.

However, his two sons have been equally talented and have proven themselves as world-class players. Thiago was the product of the famed La Masia academy. After four years at the Catalan club, he left for Bayern Munich. His seven years in Bavaria were hugely successful as he won 16 trophies. This included the historic sextuple in 2019-20, with Bayern Munich becoming the second club after Barcelona to achieve this feat.

Rafinha had a less successful career but has played for top clubs such as Barcelona, Inter Milan and Paris Saint Germain. He currently plays in Qatar for Al-Arabi.