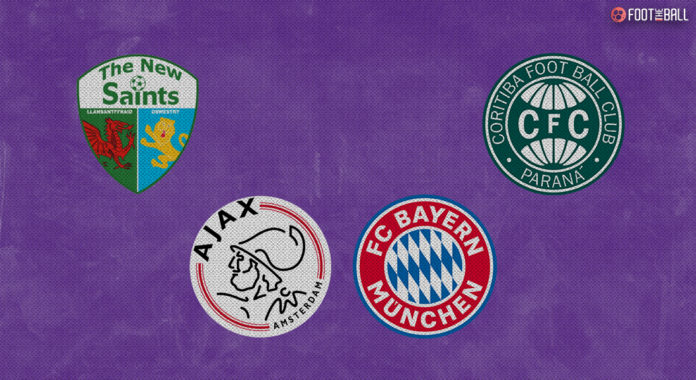 As a football player, there is no better feeling than winning a game. The statement is true for fans, coaches and anyone involved with the team. And any team which wins the majority of matches will be happy. But some teams make their name in history by going on a brilliant winning streak. But some teams go one step further and embark on a winning streak, not drawing or losing a match.

The winning run also shows us the pinnacle of perfection that a football team reaches. But, conversely, not having a bad game for such a long run demonstrates a team’s capabilities to operate at their best.

So undoubtedly, these teams have etched their name in history. Here’s a look at the top 10 winning streaks in football.

The top spot is surprising, with Wales side The New Saints FC taking the honours. In the 2016-17 Cymru Premier League (Welsh Domestic League), the team went on a 27-match winning streak. By doing this, they broke the 44-year-old record held by Ajax.

The run started in August and went on till January 14, 2017, when it ended after a 3-3 draw. This brilliant run ensured that the Saints won their 11th title.  The club scored 101 goals in just 32 matches, losing just one game, drawing three and winning a whopping 28 matches.

They think it's all over. It is now. TNS' incredible run of consecutive victories comes to an end 3-3
Well done @NewtownAFC you battled well

With Johan Cruyff as their talisman, Ajax were the dominant force across Europe. And a testament to the great team when they went on to win consecutive 26 matches as they won a historic treble winning the Eredivisie, KNVB Cup, and the European Cup.

Cruyff was the top scorer with 33 goals as Ajax lost just one match. The season was also where the world took notice of the Totaalvoetbal, famously known as total football. This system would not only transform football but would lay the inspiration for other revolutionary tactics such as ‘Tiki Taka‘.

Under Louis van Gaal, the Dutch team dominated the domestic and European scene in 1994-95. The de Godenzonen won the Eredivisie, Champions League, and Johan Cruijff Shield.

Ajax romped to a title win, winning 27 games, scoring 105 goals and then would go on to defeat AC Milan to win the continental tournament.

The most victorious team outside Europe. In 2011, Brazilian side Coritiba set a record by winning 24 matches in a row in Campeonato Paranaense, and Copa do Brasil. This run is recognised as the top winning streak by the ‘Guinness World Records. This is because the teams above Coritiba had their winning runs in a single tournament while they lost or drew matches in other competitions.

Scoring 76 goals during the winning run, with 230,452 people attending all their matches combined.

Find out more about @Coritiba 👇#NCFC

The sextuple winning machine made by Hansi Flick. Bayern Munich had one of the best seasons ever in 2019-20. Under Flick, they won the Bundesliga, DFB-Pokal, DFL-Supercup, UEFA Champions League, UEFA Super Cup, and FIFA Club World Cup.

The German champions won the Bundesliga by 13 points before winning the DFB-Pokal. However, they were at their best in the Champions League. The Bavarians created history by smashing Barcelona 8-2 in the quarter-final before beating Lyon and Paris Saint Germain to win the continental cup. They would then win DFL-Supercup, and UEFA Super Cup in the same week before completing the sextuple by winning the FIFA Club World Cup.

This put the team in a solid position to win the La Liga and defend their Champions League crown. However, in the end, they would fail to win any front. Instead, the Barcelona team, led by a triumvirate of Lionel Messi, Neymar, and Luis Suarez, won both the domestic and continental cups to complete a treble.

This led to Ancelotti’s sacking at the end of the season.

After losing out to Liverpool the previous season, Pep Guardiola’s Manchester City were keen to get their crown back. However, Jurgen Klopp’s men were ready for everything. And it took a winning streak of 21 games to win the Premier League title by a single point.

They also went to the UEFA Champions League final but lost to Chelsea as Guardiola decided to play without a defensive midfielder. After that, however, Guardiola saw one of the most successful seasons at the Etihad.

The second time that Guardiola’s team has made this list. Before the start of 2017-18, there were questions over whether Guardiola would be successful in the Premier League after finishing 15 points behind Antonio Conte’s men.

However, Manchester City would blow all the records out of the water next season. The Cityzens scored 106 goals finishing on 100 points; the highest points haul in the Premier League.

During this, the team went on an 18-match winning streak.

Before the 2019-20 season, Liverpool had never won the Premier League. However, they would go on to win their first in style. Coming just a season after CIty 100 points haul, Liverpool won 99 points leaving everyone in the dust using the famous Gegenpressing system.

While their form tapered off after the restart of the league post-Covid-19 pandemic, their brilliant unbeaten run had ensured them their first Premier League title.

👏 20 wins in a row in all competitions pic.twitter.com/1F3TnUSZxb

And the club went on an 18-match winning streak in La Liga and won the league by 12 points. They would then win the Supercopa de Espana and defeat Arsenal to win the Champions League.

However, that would be the high point of that Barcelona team. After that, things would go downhill from the following season, leading to the appointment of Pep Guardiola and the emergence of Tiki-taka. But the impressive form shown by Rijkaard’s men ensures their place among the top winning streaks in football.