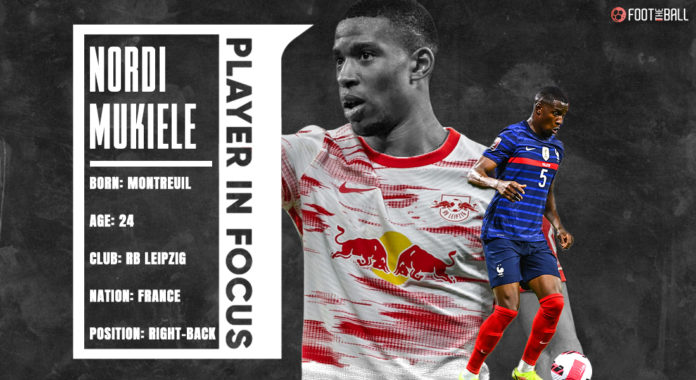 After tying down Kylian Mbappe to the richest contract in football history, Paris Saint-Germain were criticised for ruining football with an exorbitant amount of money. However, PSG president Nasser Al-Khelaifi assured that Mbappe was a rare case. From now on, the club won’t invest money in flashy signings.

The “Glitz and Glamour” and “Bling-bling” phase was to be replaced by logical thinking and recruitment. In this vein of thinking, Galtier was announced as manager, with Luis Campos bringing his youth revolution to Parc des Princes.

President Khelaifi stressed that the club would sign players that would fight for the club’s badge. And till now, it seems that the club are taking that route. The top names to arrive at Le Parc des Princes are left-back Nuno Mendes and Porto’s Vitinha. These two players are not top stars but are young players with lots of potential.

So, it seems that the French club are changing their approach. And the latest name to be linked with PSG is Red Bull Leipzig’s Nordi Mukiele. The French defender became one of the most important cogs in Domenico Tedesco’s remarkable turnaround at the club.

Standing at 1.87 metres Mukeile has established himself at RB Leipzig ever since joining the club in 2018. The Frenchman has manned the right side of the defence and his impressive performances season after season have caught the eyes of big players.

Mukiele is a typical modern-day full-back. Brilliant on the ball, applying pressures, and moving the play forward. To top it up is his excellent penetrative passing. Mukiele is also pretty good when it comes to crossing the ball into the box.

Mukiele’s defensive numbers, though not great, do not show the complete picture. Leipzig play a three-man defence which means that Mukeile plays as a wingback, and does not have to be as heavily involved in defence as what would be expected of a full-back in the four-man backline.

In part 4️⃣ of 'Shopping for Ten Hag', @Ankaman616 and @MarkCarey93 assess right-back options that are suitable to the manager's style of play and would strengthen #MUFC…

However, despite this, his tackles and interception numbers are good enough for his position. He is also adept at pressuring the opponents, an integral part of Tedesco’s game.

In addition, his large frame combined with his speed ensures e rarely gets caught napping on the break. Taking the advantage of the wing-back spot, Mukiele also ventures deep into the opposition’s attacking third and penalty area.

He is also no mug when it comes to shooting. Fbref data rates him among the top six per cent when it comes to Expected Goals (xG) which shows his habit of getting into good scoring areas. His composure on the ball can be gauged by the fact that he plays 7.99 passes under pressure per 90 minutes, among the top eight per cent of full-backs.

He also wins 2.47 aerial duels among the top three per cent full-backs showing that his  defending is also solid. He is also quite adept at winning the balls back due to pressures. His fbref rating of 5.25 successful pressures is among the top 14 percent fullbacks.

While every club loves to win a football game, these clubs took it to a different level by embarking upon the longest winning streaks in football

Nordi Mukiele is a special talent as he is a modern-day attacking full-back that will suit various teams’ styles. Mukiele has also been performing in a top league for various years which will help him in transferring talent to a top side. The Frenchman also has played in various positions such as centre-back, and right-back. which will allow him to change his position seamlessly.

Furthermore, Mukiele is available at a price that can be best described as a bargain. In a market where young talented but relatively inexperienced fullbacks such as Noussair Mazraoui are being snapped up by a club of Bayern Munich’s stature, Nordi Mukiele is a dream deal for any club.

One thing that can go against him is that after three seasons he has failed to establish himself as the undisputed right back at the club. The Frenchman has been sharing the defensive duties with Benjamin Henrichs. However, when given chances Mukiele has proved himself as a capable operator on the right flank.

He has also had the experience with some of the best-talented youngsters in football such as Josko Gvardiol, Willi Orbán, Christopher Nkunku, and Konrad Laimer.

The next Son-Heung Min? No, he is the first Takefusa Kubo. Take a look at the Japanese’s incredible journey from Japan to Real Sociedad via Real Madrid

Nordi Mukiele is a right-back who is a good crosser. While Manchester United fans have dreamed of having such a player, it appears that PSG have stolen a march on every club. The French side are looking for a deputy for Achraf Hakimi.

And in Mukiele they have the perfect player with the closest traits to Hakimi. Another plus point is that Mukiele already has the experience of sharing the position with other player and thus wouldn’t mind sitting on the bench if needed for the team.

Plus in PSG Mukiele would also have the chance of winning silverware. One thing to remember is that Nuno Mendes, Vitinha and Nordi Mukiele are not just signings for PSG but rather a shift from big money signings to smart signings. Real Madrid took this route four years back and are doing pretty well. This means that Mukiele will be given a chance to prove himself. And if he is successful it will not only be good for his career but would also prove PSG’s capabilities of developing players. This would completely justify whatever PSG pay for him if he signs.