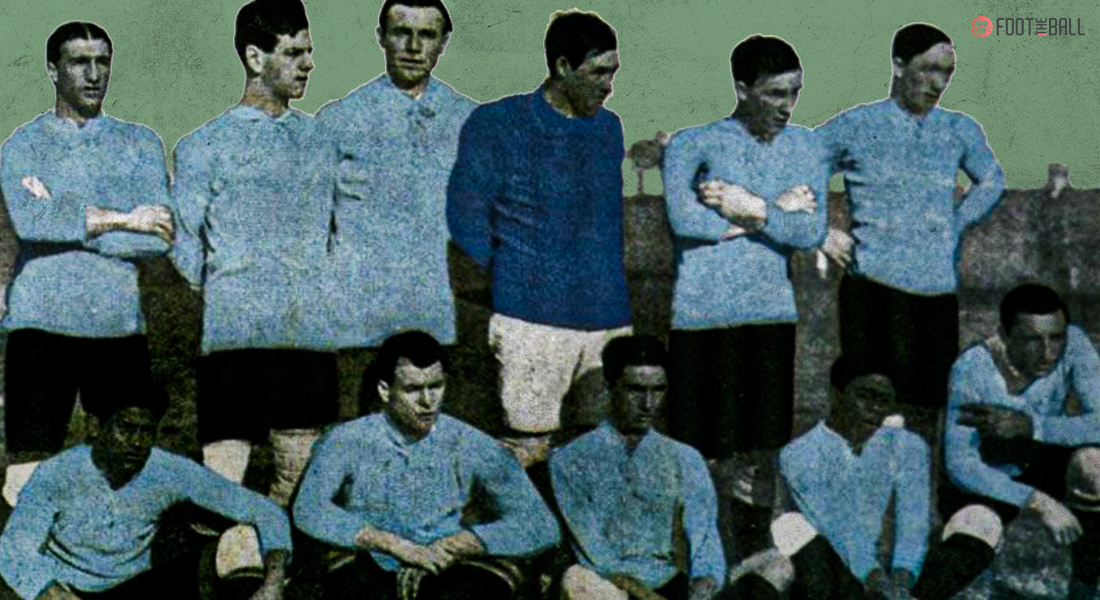 Football is a sport that goes beyond the pitch and tests our human nature. The game in its history was always used to deliver strong messages to its global audience. Today’s game has gestures like pride month and Black Lives Matter. Today we look at football’s first black heroes from the previous century. Two Uruguayan internationals Isabelino Gradin and Juan Delgado broke all boundaries when they represented their nation at the Copa America in 1916.

Uruguay like any other country was a white supremacist country in the 18th and 19th centuries. The late 19th and the early 20th century saw an immense influx of immigrants into the country. It is assumed that around 600,000 people entered the country between 1880 and 1930. They make up a significant chunk of Uruguay’s 3.5million population.

Though they were a proud white nation Uruguay was also a socially progressive one. They were initially reluctant to accept a new race altogether. For the greater good the nation has opened its arms and took the newcomers in with ease. They made sure that everyone got equal access to the country’s resources and tried to remove feelings of racism. Though they weren’t completely successful, they fared better than most of the countries around them.

Two Africans, in particular, made the most of Uruguay’s hospitality. Descendants of Lesothoan slaves (Africa) have also settled in Uruguay. Isabelino Gradin and Juan Delgado were such Afro-Uruguayans who have made their way past the racial and social barricades into Uruguay’s national team. They have become the first black footballers to represent their nation at a major tournament.

Gradin was born in the Uruguayan capital of Montevideo on July 7th, 1897. His family crossed the Atlantic in the early 19th century and settled in Uruguay. Gradin could’ve thanked his stars as he was born where he was. Uruguay’s social norms meant the immigrants were given equal rights too. Football especially was available to everyone and always team selection would depend on talent and nothing else.

Gradin a pacy winger boasted incredible talent from a young age. Penarol were quick to notice his talents and signed him when he turned 18. His performances caught everyone’s eye and Gradin was some sort of cult figure for a section of people trying to achieve equality. It was only a matter of time before he made his international bow with Uruguay.

Once he made his debut there was no stopping him. Gradin is blessed with blistering pace and a thunderous left-foot. It could be noted that he was equally proficient with the right foot. He had great dribbling skills and a perfect cross in his locker room always. Gradin’s incredible athleticism meant he also had a career in track outside of football. He became a key figure in Uruguay’s sports history.

WHO IS JUAN DELGADO?

On this day in 1891, Juan Delgado was born. The first Afro-Uruguayan football star, Delgado played at centre-half for Central, Boca Juniors, Peñarol, and played a leading role in Uruguay’s first Copa America win in 1916 pic.twitter.com/EV0hlPefuh

Delgado was already a household name in Uruguay before he left for Argentina for a stint with Boca Juniors. By the time he returned in 1914 his stock grew tenfolds in the country. He was expected to sign for Penarol but he opted for Central Football Club, Palermo.

Uruguay has a tradition of conducting intrasquad practice games to determine their starting eleven. When Delgado was called to the national camp in 1911 he was pitted against Gradin, Bracchi. His impressive qualities like reading of the game, defensive awareness, physicality have helped him become a top defender.

He was a part of the title-winning squad in Copa America 1916. He was also a part of their numerous triumphs. Delgado kept switching between his favorite midfield position and the centre-back position.

The South American Football Federation kicked off the South American Championship in 1916. It is the trivial form of what enjoy today as Copa America. In a period of social struggle, Uruguay stunned the continent by naming two blacks in their squad. They were the only national team with black footballers in the world then. A path-breaking decision was taken for Gradin and Delgado.

The duo started their opener against Chile and were impeccable as Uruguay routed them 4-0. Gradin even scored a brace in that game. Chile wasn’t satisfied with the result and raised a complaint against Uruguay for not playing with Uruguyanas. The decision was met with widespread criticism as everyone defended Gradin and Delgado and their allegiance to the Uruguayan cause. Finally, Chile dropped the complaint and apologized to the players.

Uruguay won their next clash against Brazil as Gradin scored again. Though they drew their final game with Argentina it was enough for them to lift the title. Gradin ended the tournament with 3 goals. Similarly, the duo have combined again and have played multiple times together.

These stories of Gradin and Delgado can inspire all of us to keep fighting and break the social and racial barriers. It also tells us how Uruguay was successful in implementing this model. 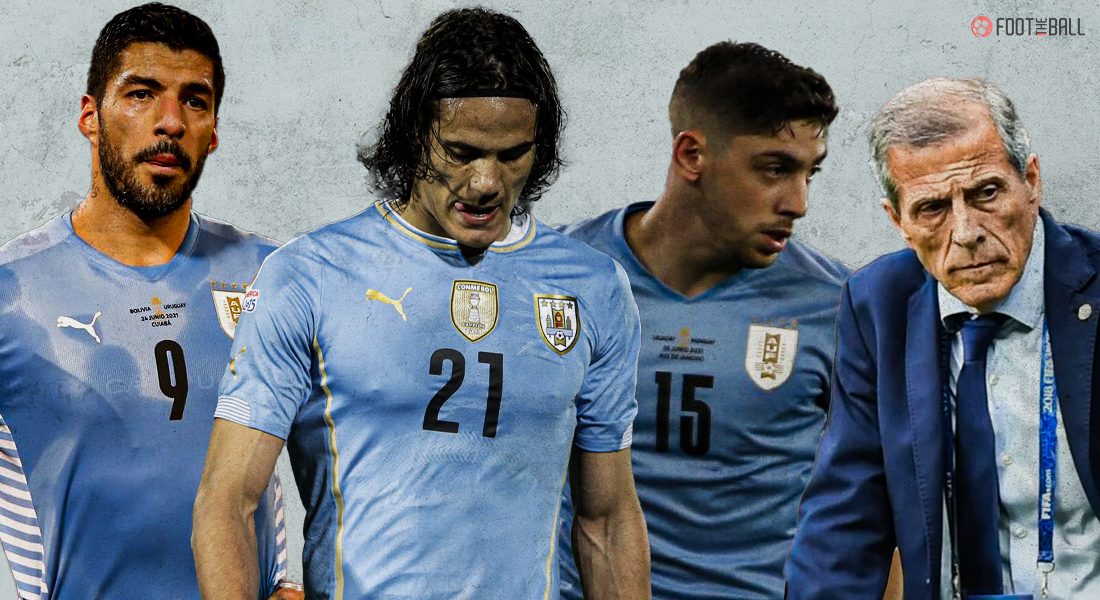 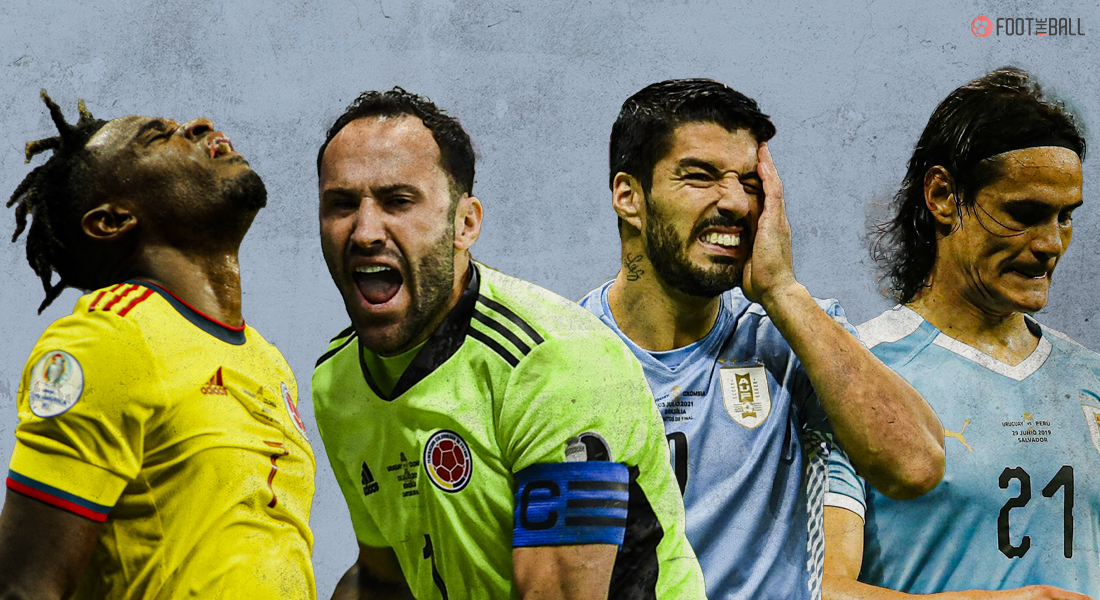