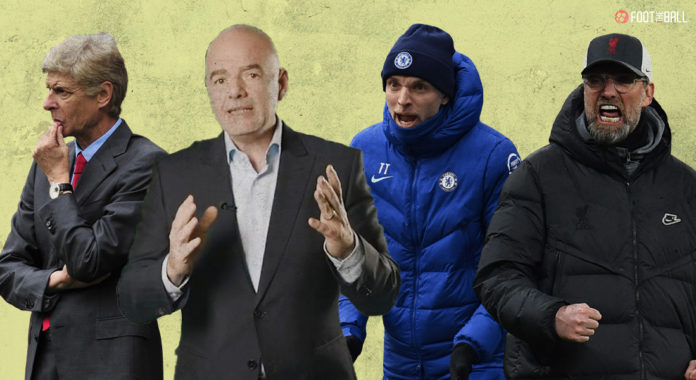 2021 has been a silly old year for English football. Capacity crowds were allowed since the start of the season and things looked to be on their way up. However, things have taken a sharp downturn in recent weeks due to a variety of reasons. First and foremost, the rapid spread of the Omicron variant of covid across the world has impacted Britain significantly.

Attending a #PL match? You must:

✅ Be fully vaccinated or show proof of a negative lateral flow test
🧑‍💻 Complete your COVID-19 self declaration on your club's website
📱 Only attend if you can show your COVID pass
😷 Wear a face covering
🧼 Follow public health guidance pic.twitter.com/32L0wDDWZq

That is being evident more and more as games are getting postponed on a regular basis. Positive cases combined with the number of injuries in certain teams mean they cannot afford to field a full lineup of senior players. The worry then becomes of how those fixtures can be played out at a later time, given the paucity of rest with next year’s World Cup in December looming.

The Government's Plan B measures mean there are a few more things we all have to do to keep each other safe at #PL matches@kellycates is here with all the details 🧼 😷 📱 📏 pic.twitter.com/Y0COG8o0N8

So, what is the way out from all of this and is there even one?

PLAYER WELFARE AT THE FORE

The most pressing worry in all of this, from a player’s perspective is of course their health and well-being. Several notable superstars including Robert Lewandowksi and Kylian Mbappe, along with Premier League managers Jurgen Klopp, Thomas Tuchel and others have loudly voiced their concerns.

There has also been major debate with the league itself, on a variety of issues including moving back to five substitutions, how to provide adequate rest and the busy festive fixtures list.

Coming to the point of increasing substitutions, 14 Premier League clubs need to agree in order to change the current number. A number of clubs in the bottom half have vetoed the proposal, stating that it strengthens the richer teams who have deeper squad strength.

The AFCON is slated to start in early January, meaning players will have little rest as they are playing for their countries. Though the major focus has been on the number of matches they will miss for their clubs, the bigger issues of covid and the ensuing quarantine norms remain.

Robert Lewandowski on a World Cup every two years: "I'm not a fan. We have so many games, so many tough weeks. We have to think about the future, the level will decrease because players need rest. I don't think it's possible to play a world cup every 2 years" pic.twitter.com/9mRyFAlB32

Several teams that have been the worst affected include Leeds United, Newcastle United, Leicester City, Aston Villa, and Everton. What has made the situation worse is the number of injuries many of these clubs have also had to manage simultaneously. Leeds were without 10 first-team players in their match against Arsenal.

This was Leeds’ bench in their recent 4-1 defeat to Arsenal. Heroes. Every single one of them. Much greater scrutiny needed of Premier League clubs who can’t utilise their academy to field 11 players. pic.twitter.com/LfaJnwYJPA

Leicester have only recognized centre-back, which no doubt contributed to their thrashing against Manchester City. Newcastle, similarly, have key absentees and lost two players on Monday in their match against Manchester United, a game in which the Red Devils still struggled mightily.

𝗚𝗔𝗠𝗘 𝗢𝗙𝗙 ❌#NUFC's trip to Goodison Park to face Everton on Thursday has been postponed due to Covid-19 cases and injuries amongst the Magpies’ first team squad.

Just yesterday, the clash between the Magpies and Everton was postponed while the news came today that Mikel Arteta has tested positive. That means he will be missing from the sidelines when Arsenal take on Manchester City on Sunday.

– He will miss the match against Manchester City on New Year's Day.

All of which points to a busy January transfer window for certain clubs requiring reinforcements in order to stay competitive and pick up points during the business end of the season.

The obvious question is when will the postponed fixtures be played. There are only two mid-weeks without games from now till the end of the season. The fact that the Premier League is the only top-five league without a winter break, and especially during these uncertain times has left many managers frustrated.

The return of European football in February will see clubs having to split time and players between different competitions. Already there have been several sides fielding very youthful lineups for the Carabao Cup, and the same might be repeated for the FA Cup as well.

More complications have come from FIFA’s recent plans to have a biennial World Cup. Clubs and players have reacted sharply to this proposed change, saying that players’ health will be jeopardized further. UEFA and CONMEBOL have both jointly considered the idea of boycotting the World Cup if it does happen every two years.

At the Euro 2024 brand launch, tournament director Philipp Lahm says he is opposed to FIFA‘s project to hold the World Cup every two years as a former „player and a fan“. pic.twitter.com/N019rNNqUe

Even all of the European leagues have shown little enthusiasm for the idea.

The Qatar World Cup’s unique disposition means that leagues will have to stop games for that period of time in December. If the current season does finish in June or early-July, there will be a little more than a month’s rest before the next one begins.

There is no end in sight in all probability, unless some drastic measures are taken across the board.