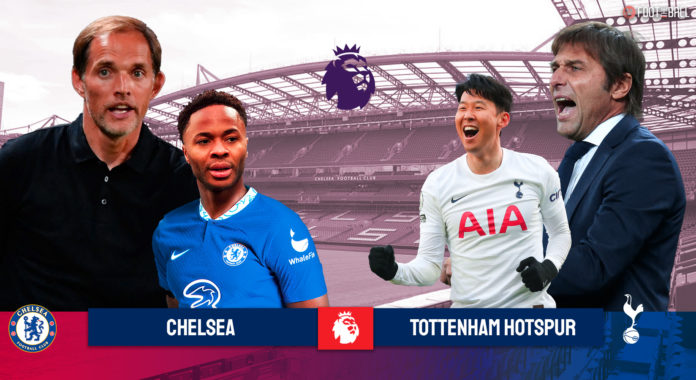 The first ‘Big 6’ encounter of the season is here as Chelsea host Tottenham Hotspur in the Premier League. This match will end up having an effect on the final league standings come May 2023, with both London rivals fighting it out for a place in the Top 4.

Chelsea began their new season with a 1-0 win at Goodison Park against Everton and their former manager Frank Lampard. The Blues secured victory with a stoppage-time first-half penalty from Jorginho, who buried it in the bottom-left corner. The Stamford Bridge outfit were far from their best as they struggled to break down a resilient Toffees side. New signings Raheem Sterling and Kalidou Koulibaly had a great first outing after standing out from the rest of their teammates.

Tottenham on the other hand were at their lethal best after punishing Southampton time and again on the counter. The Lilywhites ran out 4-1 victors after going a goal down in the opening 12 minutes. To everyone’s surprise, neither of the 4 goals involved either Harry Kane or Heung-Min Son, with Son’s sole involvement being an assist for Eric Dier’s goal.

This fixture has all the material to be a Premier League classic given all the buildup this match has had. Both teams will also have the added pressure of losing and slipping up to their top four rivals, which will make this encounter all the more interesting.

Chelsea like their previous encounter do not have a clean bill of health. Koulibaly limped off late in the game but Tuchel confirmed it was just cramps and the Senegalese will be available against Tottenham. The only absentees from the playing squad are Marcos Alonso, Mateo Kovacic and Callum Hudson-Odoi.

The former has a transfer in place to Barcelona which is close to being completed, and the latter is considering his options after being dropped out of the squad against Everton. Kovacic meanwhile is struggling with an ongoing knee injury and Tuchel has decided to let the Croatian let sit this one out.

Spurs and Antonio Conte too do not have many injury concerns except for Oliver Skipp. The 21-year-old English midfielder is reportedly not match-fit yet and hence will not be risked for the encounter against Thomas Tuchel’s men.

Chelsea have many players in their current squad, who on their day can turn a match on its head. Even after departures from the attacking department in the form of Timo Werner and Romelu Lukaku added with the fact that they lost both Rudiger and Christensen on free transfers, the Blues have enough in their tank.

Although they were not sharp on the opening day against Everton, one player who meant business was summer signing Raheem Sterling. The English winger started as a left-sided forward for Chelsea and constantly rotated positions with Kai Havertz and Mason Mount. He was a constant threat with both in the buildup phases as well as on the counter. This attribute of Sterling can come in handy when they face Spurs who most likely will sit back and soak in pressure in the hope of attacking on the counter.

Spurs on the other hand did not have to rely on the individual quality of Harry Kane and Son. Neither of them scored a goal in the 4-1 rout of the Saints which shows the quality Conte has all around his playing 11.

This might not be the case against a resilient Chelsea side who are a team that is always defence first. The Blues build from the back 3 of their defence, which means Conte will heavily rely on Kane and Son for putting Chelsea’s backline under pressure. Son was kept quiet when they faced Southampton on the opening day and he will want to get on the scoresheet this time around. The South-Korean forward is a workhorse while his telepathy linkup with Kane was taken to another level last season, after they became the most successful duo in the Premier League history.

Both teams will want to use this fixture as a springboard to get one better over their top-four rivals. The match will have significant ramifications come the end of the season in May and both Tuchel and Conte will be aware of it.

Chelsea obviously have the home advantage here and their recent record against Spurs is very good. Not only against Spurs, but Chelsea’s recent head-to-head record against Conte is exceptional, having won 4 out of 4 and scoring 8 in the process and conceding zero.

All signs lean toward the fact that Chelsea might extend their unbeaten run against Conte and Spurs to another match and so, FootTheBall predicts Chelsea 2-0 Tottenham Hotspur.