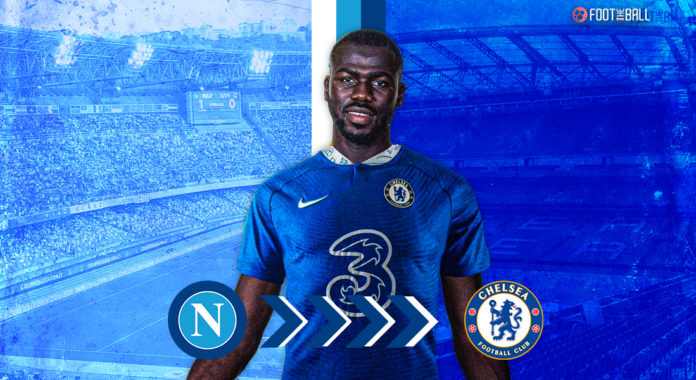 Kalidou Koulibaly has built an incredible reputation as one of the most complete defenders in the game. There are a host of reasons why he was one of the most in-demand centre-backs in Europe for a good couple of seasons. The man nicknamed “K2” will bring solidity, enthusiasm and defensive stability to Chelsea after his move was made official to Stamford Bridge. But, what makes him so special? Why were all of the biggest clubs in Europe after him?

His own fans call him ‘The Wall’. Diego Maradona once described him as “phenomenal, the best defender in Serie A” and asked for his shirt.

As the important transfer decisions start to churn out and Chelsea’s business picks up, the summer window has started to feel like it’s in full flow at Stamford Bridge. Alongside a £45m deal to bring Raheem Sterling to the club, and while Manchester City teammate Nathan Ake has decided to stay with Guardiola’s men, centre-back Kalidou Koulibaly becomes a part of Thomas Tuchel’s Chelsea rebuild.

Kalidou Koulibaly had been at Napoli for 8 full seasons, arriving from Genk ahead of the 2014-15 season. In his 8 years with Napoli, he had managed to cement his place as one of the most sought-after centre-backs in world football. There hasn’t been a transfer window in the past few seasons, without him being linked to the biggest clubs in Europe. The recent windows have been no different, with Premier League clubs such as Manchester United, Manchester City, Liverpool and Chelsea, all being linked as possible destinations, but the Senegalese international chose to join Chelsea in the end.

Napoli’s defence has been a strong contributor to the team’s fortunes in recent years, and one of their main men has been Koulibaly. The analysis aims to understand his contribution to the team’s play, both defensively and in attack, and thereby evaluate his importance to this current Chelsea side.

The tactical analysis, having covered two crucial aspects of Koulibaly’s play – defensive ability and ball-playing ability, indicates that while there may be better options defensively, there are few better at ball-playing ability than Koulibaly in the world. His ability to play such passes has been key to Napoli’s tactics and the tactical analysis in this scout report further corroborates his importance in any team. Defensively, however, Koulibaly tends to get less involved in the game, and needs to be teamed up with a more defensive-minded central defender to balance the line, hence Chelsea targeting both Nathan Ake and Presnel Kimpembe.

Koulibaly uses his upper body strength, rather than going for a ground tackle, to make a shoulder tackle on his opponents and tries to disturb their balance. After that, he easily wins the ball. Therefore, he does not go for a ground tackle unless it is really necessary.

Adding to that, Koulibaly is not afraid of leaving Napoli’s defensive line. He often leaves the line to press or counter-press the opponents. The 28-year-old leaves the defensive line to go into an aerial duel even if his teammates in the midfield line are already next to their opponents.

Koulibaly is one of the classiest defenders in the game, who shows maturity and brilliant technical ability on the ball. Koulibaly’s biggest strengths are his positioning, tackling, composure on the ball, speed and aerial prowess, which is helped by his 6’1ft frame.

Nathan Aké to stay in Manchester City after Chelsea fail to meet his valuation. The pursuit for Jules Koundé & Presnel Kimpembe shall continue.#Ake #Chelsea #Transfers pic.twitter.com/inbsz4FfPs

The Napoli captain boasts a passing completion percentage of 86 in Serie A and Champions League games. As good as Koulibaly’s positioning and awareness are, he loves to make tackles which leads to fouls. He is conceding 1.4 fouls per game in league matches last term. The former Metz man averages 2.4 tackles, 1.4 interceptions, 1.2 blocks and 3.5 clearances per outing for Napoli last season.

“The problem of the super cost of the players is due to England. In England, they gross more money than in France, Spain, Italy and Germany.

“If a club grosses £800 million, they have no problem to offer around £80 million, £90 million, £100 million for one player. There is not a real good and fair competition between England and the other countries.”

Koulibaly has been in Naples since 2014 and has made 314 appearances for the club. That includes 34 appearances last term, scoring three goals. It’s not the first time he’s being linked with a move to Chelsea, either, with the Premier League club seeing a bid of over £50m being rejected by Napoli back in 2017. Now, five years later, Koulibaly looks like a leading contender to move to Stamford Bridge.

The Napoli ace, 31, was attracting plenty of attention as he moved into the final 12 months of his contract at the Serie A side. A transfer fee of £35million finally prised him away from Italy, with Koulibaly also wanted by Juventus, but Napoli president Aurelio De Laurentiis was adamant not to sell him to any of his Serie A rivals.

The evolved game tactics often see centre-backs play the ball out from the back, moving the ball forward and contributing to the build-up play almost like a defensive midfielder. The game requires the CB to also be able to initiate counter-attacks from the back and catch the opposition off-guard. As such a CB is required to not just be a rock in defence, but also be able to contribute with his ball-playing ability.

Koulibaly can fit into every system in world football. With his height and positioning, he can defend against crosses. In an attacking team, Koulibaly has the speed and tackling ability to play in a high defensive line, defend against counter-attacks or to cover the fullbacks. Furthermore, the 6’1 defender possesses the play-making ability to start attacks from the back or even invite the opposition to press him and he can play through the pressure to create space for the forwards, something that was common at Napoli in the Sarri-Ball era. The Koulibaly investment can be very similar to the way Liverpool bought Virgil van Dijk. Just like Liverpool’s Dutch defender, any major club can build their defence around him and Chelsea are doing exactly that.

Koulibaly is one of the best ball-playing centre-backs in Europe and he uses his ability to break the first line of the opposition defence. Nevertheless, he will play a key role in the upcoming season for Chelsea in the Premier League. In the past, he proved his outstanding qualities in several situations during a match. Besides his powerful physique, he combines pace and intelligence. That is why he will be indispensable for Tuchel in his system. Defensively, there may be better options out there, but in terms of ball-playing ability, there’s hardly any better in the world – no less in the Serie A League.