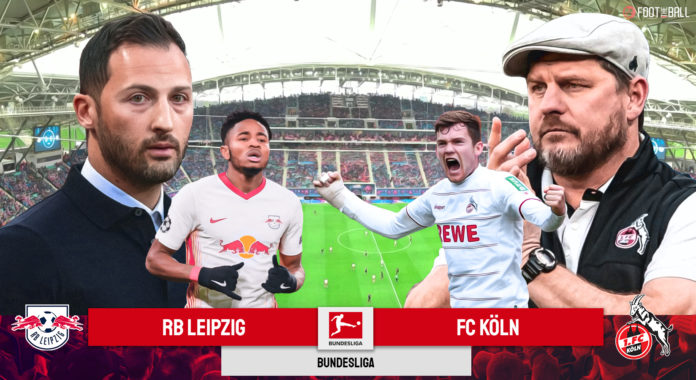 The Bundesliga season is back on, and Matchday 1 showed us why it is one of the top leagues. Bayern Munich, who won their 10th consecutive league title in May, started their defence in style, scoring six past Eintracht Frankfurt. Bayern’s challengers Borussia Dortmund also won their match against Bayer Leverkusen. Meanwhile, RB Leipzig drew their opening match against VFB Stuttgart. The team saw its fortunes change after Domenico Tedesco was appointed manager. However, they struggled against a tenacious Stuttgart side and now must quickly return to winning ways.

Their opponents, Koln, meanwhile, had the perfect start as they cruised to a 3-1 win against Schalke 04. Die Geißbocke made quick work of their opponents, who were down to 10 men after Dominick Drexler was sent off for a rash tackle following a VAR review.

Red Bull Leipzig and Dortmund are the only two teams that could realistically mount a title challenge against Bayern Munich. And while Werner struggled at Chelsea, he could rediscover his previous form at Leipzig, which made him one of the deadliest strikers in the world. Raum, meanwhile, will add more power to a defence that already has Josko Gvardiol, Willi Orban, and Lukas Klostermann.

On the other hand, Koln also lost two crucial players in Salih Ozcan and Anthony Modeste, both of whom went to Dortmund. However, Steffen Baumgart has strengthened both his defence and attack. Luca Kilian has been signed to improve the backline, while Steffen Tigges and Sargis Adamyan will be expected to provide the goals at the other end of the pitch.

Koln finished seventh in the league last season, and it appears they want to better it. While facing RB Leipzig at the Red Bull Arena is one of the most brutal matches in the Bundesliga, it is the perfect opportunity for any team to prove their mettle.

In their first match of the season, Leipzig opted for their long-time preferred 3-4-1-2 formation. A significant exclusion from the starting lineup was defender Josko Gvardiol. The centre-back came on as a substitute later in the match. However, after their insipid start, Gvardiol could replace Marcel Halstenberg in the starting lineup. Elsewhere, Dominik Szoboszlai could be preferred over Danny Olmo. Christopher Nkunku started the new season in style with a goal to his name and will operate with Andre Silva in a two-man attack.

It would be hard for Timo Werner to play, considering all the paperwork to be done before he can be registered with the club.

Koln, meanwhile, will stick with their 4-1-3-2 formation that worked a charm against Schalke. However, since their opponents played with ten men for most of the match, it isn’t easy to ascertain how they will fare against a top side like Leipzig. Koln would also refrain from changing a winning combination and could name the same team.

For Leipzig, many players can be game changers on their day. The team is stacked with talent in all the departments. From Gvardiol, Orban, Klostermann in defence to the Olmo, Szoboszlai Tedesco has a team full of stars. However, the star of this team is undoubtedly Christopher Nkunku. The French international scored 20 goals, provided 13 assists, and was instrumental in Leipzig’s resurgence. Tedesco will expect a similar return this season as Leipzig look to better the performance of the previous season.

The top 5 players involved in the most goals in Europe's top 5 leagues in all comps in 21/22 (Opta):

Baumgart has built a strong team that, on their day, can deliver a knockout punch to any team in the league. However, on talent, they fall far behind Leipzig. Moreover, they also rely more on teamwork and less on individual brilliance. However, midfielder Dejan Ljubicic is one of the key players in the side. The Austrian got on the scoring sheet on an opening day as he quickly opened up Schalke’s defence.

While Dortmund might have lost Erling Haaland, in Karim Adeyemi they have the perfect replacement

If they want to remain in the Bundesliga title race, Leipzig must start winning more often. Koln offer the perfect opportunity as it will be their first match at Red Bull Arena. While Koln showed their best against Schalke, Leipzig are one of the best in the German League. With a shrewd operator like Tedesco on the sidelines and the home crowd support, Leipzig will be a different beast.  FootTheBall predicts a 3-1 win for RB Leipzig.