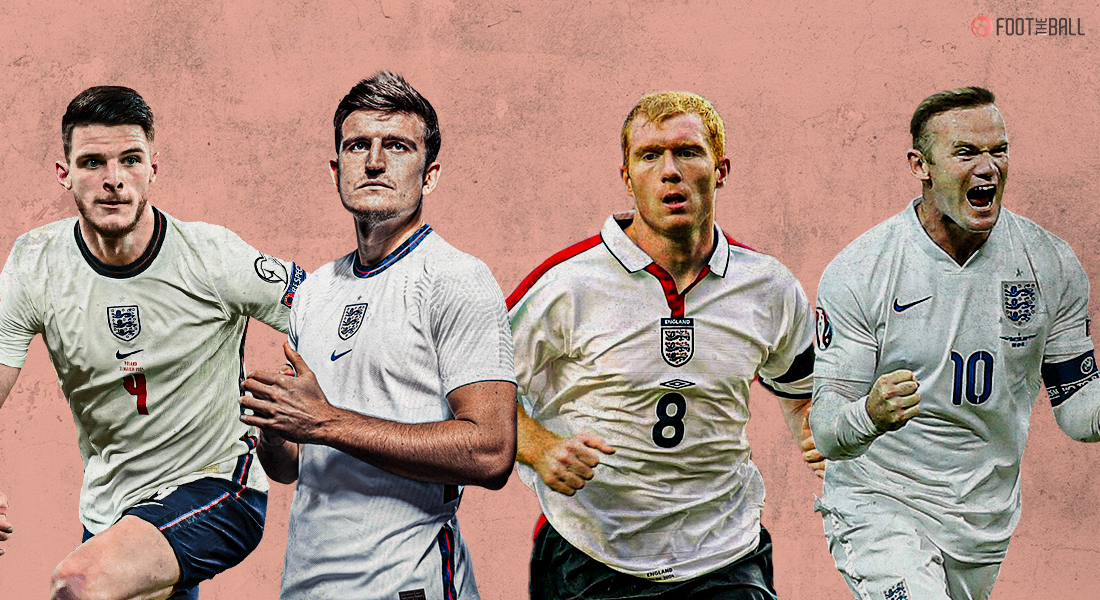 The final of Euro 2020 is a little more than 24 hours away, and there is one nation that certainly cannot wait. After 55 years of hurt and near misses and aching agony, England have finally managed to make it to a major final. Not since the days of the World Cup winning side of 1966 have the nation witnessed scenes like this. It could very well be that the Three Lions end up winning their first European Championship.

However, even if “football does (not) come home,” there is little doubt that this class of heroes will go down as one of the greatest in their footballing history. Though there have been a lot of “golden generations” in the past, this one does feel a lot more relatable to the average man without losing an ounce of talent.

The seeds of this team can be traced all the way back to the appointment of Gareth Southgate. The former Middlesbrough and Youth Lions boss was appointed in 2016, after successive debacles of Euro 2016 and the whole “Sam Allardyce affair.” Nevertheless, Southgate was at best considered a middling choice who was non-controversial.

Five years down the line, the manager is now being rumoured to be in line for a knighthood if England win. That has been one of the biggest strengths of this squad. Previous managers like Sven-Goran Eriksson, Fabio Capello, Roy Hodgson et al were all established names in the game. They had a worldwide appeal before coming in to manage the national team. The matter with Southgate is quite the opposite.

He was best remembered as the villain from Euro 1996 who missed the decisive spot-kick and to a lesser extent, suffering relegation with Boro. Few supporters had confidence that he would be the man to turn things around. However, Southgate’s calm personality, ability to inspire confidence in his players, tackling the hounding English media, and keeping true to his ideals have all been characteristic of the new “golden generation.”

ALL FOR ONE, ONE FOR ALL

Coming to the team that he has assembled, a close inspection of the players reveals why this team has been so endearing. Whereas in previous eras, the players from the top clubs in England found a place in the team who all had their own egos to manage. That has been a running criticism, that the former stars were always more assuaged to play for their clubs.

Managing these host of stars is never easy and is often a thankless task. This is not to say that the previous generation, with names like Wayne Rooney, David Beckham, Paul Scholes, Steven Gerrard, Michael Owen, John Terry being some of the best at their craft.

However, the squads that Southgate has been selecting are a mix of top clubs and other competitors. West Ham’s Declan Rice and Leeds United’s Kalvin Phillips are the two names most talked about in this regard. Neither have the glamour or lavish appearance in media which their predecessors have had.

⚒ Declan Rice: One of the #ThreeLions' unsung heroes at #Euro2020

But they are brutally honest in what counts- playing football and doing their job. The pair have been an ever-present in the side leading to expert screening of their defence, fruitful distribution of the ball, and clamping down the opposition.

The fact that they are not from the “Big Six” just goes to show how competition in the Premier League has been growing intensely fierce. Furthermore, a bunch of players from this current squad have also spent time in the Championship (second division) which goes on to show the kind of well-roundness in their skills.

They are not players who have grown accustomed to a certain lifestyle, but rather have overcome adversity and challenges. Manchester United skipper Harry Maguire has been derided a lot for his defensive attributes, positional sense and lack of overall appeal.

But he is one of the pillars of the English defence along with John Stones, who himself had a rebound year with Manchester City. Luke Shaw has overcome a broken leg and mismanagement under Jose Mourinho, Raheem Sterling had a below-average season with the Cityzens with Southgate being ridiculed for his decision to start the winger.

He has had a superb tournament and likewise with Harry Kane (who has had loan spells with Leicester City and Norwich). The captain did not score in the group stage, but has already bagged four goals since then. It is this sort of resilience and bounce back mentality that has been winning hearts. This team plays together as a team, as one without letting their individual statuses get in the way.

That has been massively beneficial for the new players coming into the team, especially the younger ones. Arsenal’s Bukayo Saka is having a breakout tournament and has even started on a couple of occasions. Still only 19, the way he has integrated with the veterans has been refreshing to see and speaks volumes of the culture of the Three Lions now

At the end of the day, talent and superior quality does matter a lot. Despite being filled with talented teens and youthful exuberance, these players are no slouches on their own merit. Kane was awarded the Golden Boot and Playmaker of the Season titles. Maguire and Shaw were part of the team that went undefeated away from home. Rice and the Hammers qualified for the UEFA Europa League. Kyle Walker, Sterling and Stones were Premier League champions and Champions League finalists.

Jadon Sancho won the DFB-Pokal (German Cup). That kind of quality speaks volumes on their own in how the team has had successes over the years. Reaching the semi-final of the 2018 World Cup was one of their best moments in recent history, while making the final this time has been out of a dream. All of this is before we take into account the off-field activities of the team.

Southgate and co. have been unequivocally adamant that they will continue taking the knee in support of the Black Lives Matter movement. Even though that has drawn the ire of several politicians and their own fans, the whole team was staunch in its stance.

Many of the players have been helping their community during the pandemic situation, with food deliveries, health supplies and clothes. Marcus Rashford took on the UK government and forced them to trackback on their meal for children policy. Jordan Henderson started an initiative of Premier League captains who have been donating to the National Health Service (NHS) to tide over the extreme situation.

Just today, it was announced that all of the current players with the national team would give away a part of their bonuses to the NHS after the final. These are things that were sorely missing in the previous eras- accountability, using your position for societal benefit, knowing things that matter and how to help.

True leadership comes from these. So, it is emblematic of the fact that how this team, this group of players have had a wide ranging impact on society. Not just how they conduct themselves on the field but the obstacles that they had to cross to get there.

The previous golden eras did have more recognizable names and world-beaters but their unity was not spoken about enough. This generation has been winning games and silencing critics every time they take the pitch. With just one goal conceded and ten scored, they are well placed to win their second international trophy.

Three years on from semi-final agony, this could really be their time. One thing is for certain- no matter the result, this group will continue to be shining examples to the rest of the nation for years to come.