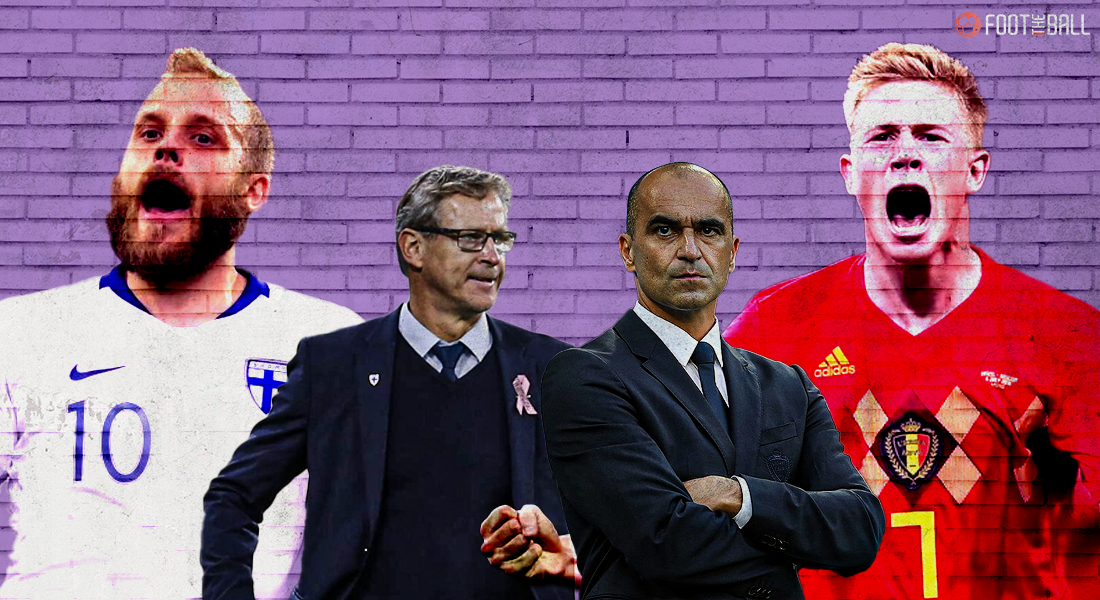 As the third and final round of the Euro 2020 group stages arrives, Finland and Belgium of Group B will lock horns on Tuesday in Saint Petersburg, Russia. The contest is bound to be an intriguing one as Finland will be hoping to qualify for the knockout stages.

Finland had never qualified for a major international tournament until securing a spot at Euro 2020. Their campaign got off to a spectacular start with a historic 1-0 victory over Denmark in the tournament opener. Heading on to their second match, Finland knew that if they could get a point against Russia, it would almost certainly be enough to get them into the Round of 16. Unfortunately for them, a fantastic goal from Aleksei Miranchuk shortly before the end of the first period was enough to deliver Finland the defeat.

Belgium have been doing exactly what was expected from them, bulldozing through the group stages with two victories in two matches. They kicked off their Euro 2020 campaign with a bang, crushing Russia 3-0 in their opener. Then followed it up with a comeback win from a goal down to defeat Denmark 2-1, who were missing their star player, Christian Eriksen.

Kevin De Bruyne marked his return from injury with an incredible performance as a substitute against the Danes, assisting one and scoring another to complete the comeback for Belgium and bag all three points. His return to the squad will only boost the Red Devils morale and their chances of finally winning it all.

Belgium has already secured their place in the knockout stages, but they could finish in any of the three qualifying spots in the group depending on the results of the final round of fixtures. Although, given the unstoppable force they have been, it is highly unlikely that they will end anywhere other than first.

Finland has no significant injury concerns ahead of their crucial Euro 2020 match against Belgium, therefore Marku Kanerva is set to deploy his best lineup.

Belgium don’t have any injury concerns ahead of this match-up. Belgium is expected to rest numerous players for this encounter. Kevin De Bruyne, Axel Witsel and Eden Hazard may start as they aim to achieve their full match fitness heading into the knockout rounds.

Teemu Pukki is without a doubt Finland’s best player, but the 31-year-old is still yet to open his goal scoring account, and it is unlikely that he will do so against Belgium. Finland are expected to sit back in their own half and defend with all their might to keep the Belgian’s out. And the man who has been marshalling the Finnish defensive line is Daniel O’Shaughnessy. The 26-year-old centre-back has definitely been Finland’s finest player at Euro 2020, displaying great defensive tenacity in front of their goal.

Against Denmark, the defender made history by becoming the first player from the Finnish league to feature at the Euros. In Finand’s first two matches, O’Shaughnessy has an average of 7.5 clearances per game, which is a team high and tied third in the tournament.

Defended his penalty area with everything. 💪 pic.twitter.com/jIm9pAnihx

His defence will be crucial but defence is a collective effort, and Finland will have their hands full as they’ll have to deal with players like Lukaku and De Bruyne.

Against Denmark, Belgium had a horrendous first half, with the Danish Dynamites delivering one of the best collective performances of the competition. A perfect strategy executed to perfection, pressing high and aggressively by matching Belgium’s 5-2-3, and possessing clarity of thought, which manifested into fast breaks and outstanding individual displays.

But with the introduction of Kevin De Bruyne in the second half, things took a dramatic turn. His introduction meant Belgium had an extra reference between the lines. Along with Lukaku, with their quick and poetic one-twos, they turned the situation around for Belgium.

Kevin De Bruyne fractured his nose and eye socket during the UEFA Champions League final on May 29.

A little over two weeks later, he needed just 45 minutes to grab a goal and assist for Belgium's comeback victory vs. Denmark in his Euro debut. 💪

The Ginger Pele exhibited himself as what he is, one of the very best players in the world. Aside from his natural talent and inventiveness, his understanding of the game is second to none. He knows when to drop deep and when to stay away to drag a marker, and he glides deftly between the lines. With his long distribution and vision for difficult, line-breaking passes, he also possesses an exceptional associative talent. He’s back after a heartbreaking injury in the Champions League final, and he’s hungry for redemption.

Despite the fact that Belgium will be resting numerous players, they are still far too superior for their opponents. All Finland will be praying for is a point from this match by staying put in their own half, or if they lose, they would hope that Russia also loses.