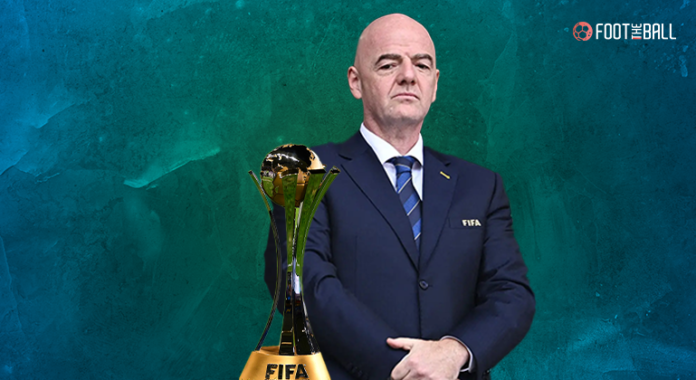 FIFA is planning to radically revamp and make its current version of the men’s Club World Cup a 32-team affair in 2025, as announced by its president Gianni Infantino on the eve of the World Cup final between Argentina and France.

“The new men’s Club World Cup will take place in 2025 and will feature 32 teams… making it like the current World Cup,” said Infantino at the time. While there are not many concrete details regarding the proposal, it is believed that the USA is the frontrunner for hosting the tournament.

At present, the six continental cup winners from as many FIFA confederations and the league champions from the host nation go head-to-head in a very short tournament every season.

However, there was a precedent for such a revelatory declaration. In 2018, the FIFA Council greenlighted the proposal for a new 24-team Club World Cup, and the pilot tournament was all set to be held in China between June and July 2021. This project – where eight European, six South American, three North American, Asian, and African teams and one from Oceanian would have featured – couldn’t proceed per plan because of the Covid-19 pandemic.

Similar to the previous arrangement, according to Infantino, the new 32-team tournament will be held once in four years in the same window where the now-discarded Confederations Cup used to be played, a year before the men’s World Cup.

It is understood that FIFA has devised and declared this plan without any prior formal proposals to or agreements with domestic leagues.

Back in 2021, Premier League’s position vis-a-vis the international match calendar post-2024 was staunchly against “any radical changes” that “adversely affect player welfare and threaten the competitiveness, calendar, structures and traditions of domestic football,” as communicated by Richard Masters, chief executive of the Premier League.

Through the World Leagues Form (WLF), the Premier League wishes to have an “open…engagement with FIFA”. It expects that the “process [of bringing reform] should also involve meaningful agreements with the leagues that provide the foundations for the game.”

Concerns and criticism regarding the decision

The exact particulars concerning the entire project are minimal and they present more questions than solutions. It is highly likely that this ambitious project will untowardly poke various stakeholders, especially in Europe, disturbing their pre-set calendars and structures.

Presumably, the concerns regarding the newly-proposed Club World Cup will range from player welfare, schedule congestion, and competition quality to possible perceptions among regional and national federations and the football clubs themselves that FIFA is trying to penetrate the realm of club football.

The criticisms of FIFA’s decision have already started surfacing. In a statement on the matter, WLF said that it “could have damaging consequences for the football economy and player welfare.”

“These decisions have been made unilaterally without consulting, let alone agreeing, with those who are directly affected by them: the leagues, their member clubs, the players and fans.

“As the calendar is already overloaded, with longstanding domestic club competitions and ever-expanding international competitions, FIFA’s decision creates the risk of fixture congestion, further player injuries and a distortion of competitive balance,” the statement further read.

FIFPRO, the global union for professional football players, also released a statement condemning FIFA’s “unilaterally” taken decision that “could have serious consequences for and aggravate pressure on the welfare and employment of players.”

Former Liverpool defender and Sky Sports expert, Jamie Carragher took to Twitter to accuse FIFA of hating the Champions League alongside arguing that players are “getting treated like cattle.”

Like the ridiculous idea of @FIFAWorldCup every two years, this is another one from Infantino. Players need rest at some point, they are getting treated like cattle. FIFA hate the CL & want something similar themselves.
European clubs should boycott it. https://t.co/YHdbAx8rna

Furthermore, FIFA will also introduce new four-team ‘World Series’ friendly tournaments in even years during the March international break, where international teams from different continents will face each other more often.

More changes in the international match calendar post-2024 are also in order as FIFA wants to combine September and October international breaks into one extended window, where four matches will be played instead of two each. The rest of the windows will stay unaltered.

Lastly, considering the success of the recently-concluded men’s World Cup in Qatar, which the FIFA boss labelled as the “best ever”, Infantino suggested the format of the 2026 48-team men’s World Cup in the USA, Canada and Mexico could be revisited and the decision to have 16 groups of three could be chalked off for 12 groups of four.