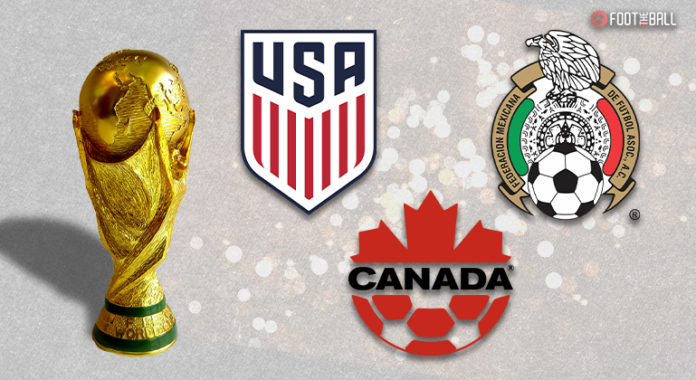 The 2022 FIFA World Cup has now been done and dusted as Argentina defeated France on penalties to win their third title. After a thrilling 120 minutes, which ended with the score tied at 3-3. But Argentina kept their calm to score all their penalties while France failed to do so. The win has finally brought an incredible end to Lionel Messi’s journey of winning a World Cup title.

However, now we wait for four or, to be precise three-and-a-half years more before the 2026 FIFA World Cup arrives. The next World Cup will bring with it several changes to the game. It will also be the first World Cup since 2002, which will be co-hosted. The month-long tournament will be held in the United States of America, Canada and Mexico.

So, what are the key changes that the tournament will bring?

Speculations have said that teams either could be divided into two parts of 24 teams. Or, taking a leaf out of Euro, they could split the teams into 12 groups of four. The top two teams will qualify, while eight of the best third-placed teams. This will make the tournament a knockout round of 32.

However, FIFA has till to decide on the issue. An increase in teams will also ensure that the continental confederation will now get more slots.

Alcohol will be available

Qatar had a massive tussle with FIFA over the issue of alcohol in the 2022 FIFA World Cup. Since Budweiser is an official partner of FIFA, it gives its exclusive rights to sell beer inside and outside the stadiums. However, since Qatar is a profoundly religious country, the sale of alcohol is highly restricted.

However, Qatar said it would allow beer in designated areas outside the stadiums. Two days before the World Cup, though, they went back on the ruling stating that no beer would be sold anywhere near the stadium’s premises.

Fans will, though, face no such restrictions in the next World Cup as all three countries have loose restrictions regarding alcohol.

This will be the first time in history that three countries will host the World Cup. The tournament has been held three times before in North America but has been hosted by one nation, with Mexico hosting it two times and the United States hosting it in 1994.

The matches will be played in 16 cities across the United States, Mexico and Canada.

Qatar was also the first FIFA World Cup to be held in winter, which caused a huge clash with the regular scheduling. As a result, all the major leagues had to go on a month-long break to accommodate the tournament.

However, from the next World Cup, the tournament will be again held in June-July, ensuring no conflicts with the leagues. Unfortunately, due to the World Cup being held between the seasons, the number of reported injuries rose dramatically.

This was detrimental to any nation that lost their top players even before a ball was kicked in Qatar.