Enganche- Ace in the hole 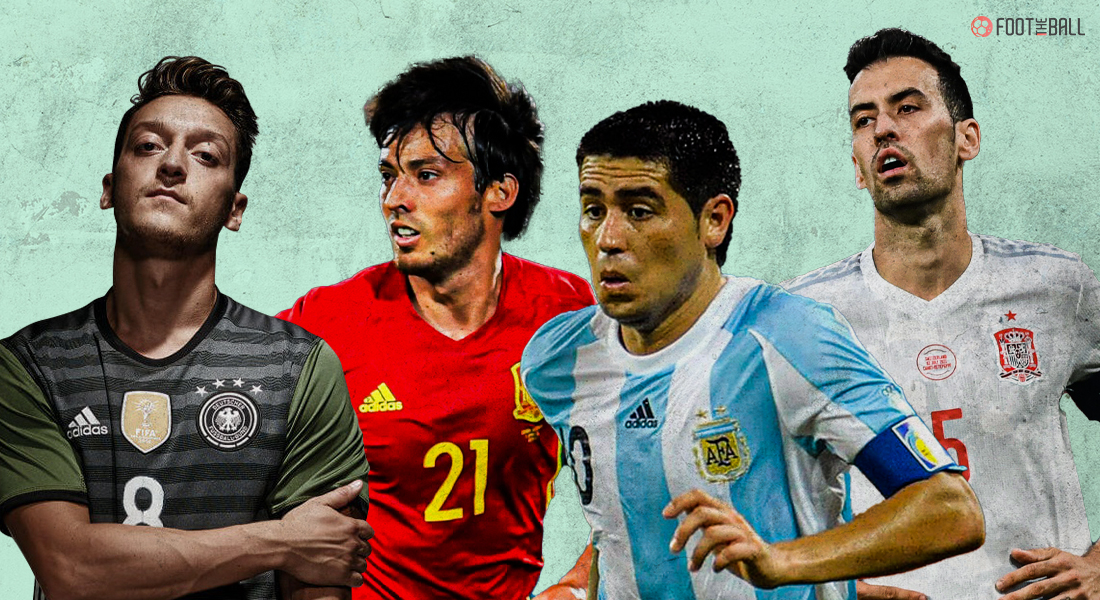 Football is a global sport that has transcended all borders. The game has been owned in each part of the world and rebranded according to its local dialects.

Germans have “Raumdeuter“, Italians gave “Mezzala” and “Regista”, Spain gave “Tiki-Taka” and so much more.

One such term that was groomed in Argentina is Enganche. Players like Juan Roman Riquelme, David Silva represent the pinnacle of the Enganche period.

The role was perfected in South America and then toured the world. Enganche had its early days in the 1980s when Diego Maradona implemented it in its raw form and passed it on. It enjoyed a renaissance period in the following years when it was rechristened as the “Trequartisa“. The role has been dying slowly over the years due to the modern game’s emphasis on gegenpressing.

What does the term mean? What do they do? Who are the best Enganches? Why is the role dying? Ever got confused by the term “plays in the hole”? We try to break it down.

A person playing as an Enganche must be technically adept. They must have supreme dribbling ability and agility to outmanoeuvre their opponents. Most importantly the Enganche must have a keen eye for a pass that unlocks defences. Progressive passes is a great metric to gauge the contribution of an Enganche. An Enganche excels mostly in a diamond formation. It might be a 4-1-2-1-2 or a 3-1-2-1-3. They thrive on the opportunity to either play the through balls into the runners in behind or diagonals out wide. As they play in that hole between attack and midfield they get that famous “in the hole” metaphor.

A player with a small center of gravity may suit this role well as they have incredible ball control and agility. A player’s tactical and footballing genius would also determine the success they have in this role.

Though the word is taken from Spanish, it is made popular in the South American continent and especially in Argentina. The role also has similar counterparts in Europe. The Italians call it Trequartis. It also indicates a playmaking role with more emphasis on goal scoring as well. The English call it a number 10 role where apart from scoring and assisting the player also has defensive duties to perform.

The Argentines started using the role in the 1960s to some degree. However, the role shot to prominence due to Diego Maradona in the 1980s. Carlos Bilardo, Argentina’s coach back then used Maradona in the Enganche role to supreme success. The mercurial Argentine tormented the defences as they coasted their way to the title. It could be argued that Maradona wasn’t a true Enganche as he used to drop infield from a striker role or a winger role.

Death of the Enganche?

The beauty of the Enganche role comes from the ability to pick the right pass. For this action, the player tends to freeze for a second known as “pausa”. This pause represents a serene moment before a catastrophic outcome that’s gonna destroy the calmness. The game in the previous century and the earlier decades of this century worked out perfectly.

These trends have seen the need for an Enganche go down. In the Premier League, Mesut Ozil could be said as the last true Enganche. Players like Ozil and Rodriguez are a dying breed as the death knell has been sounded for the conventional No 10. At their pomp, they were the heartbeat of the team and ambassadors of the beautiful game. However, the game of football is constantly evolving and waits for nobody. Unfortunately for Enganche, the latest revolution left them behind.