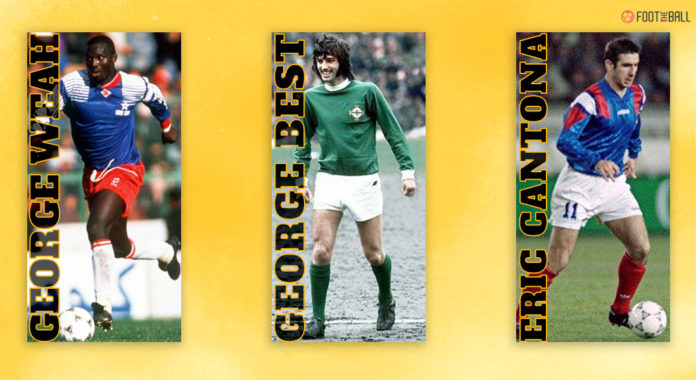 Though there have been protests by a few nations against the human rights issue, the tournament is expected to be a blockbuster. The group stages for the FIFA World Cup are set, alongside the official mascot, Laeeb.

Moreover, ed-tech company BYJU’S from India has become a sponsor for the tournament, a first for the subcontinent as well. Fans across the world are all geared up to see the best players fight it out on the grandest stage.

All 16 of these stars have never played a minute of #FIFAWorldCup football 🤯 pic.twitter.com/XxBarG9pPA

Some are surely making their last ever bow at a FIFA World Cup. However, just like the World Cup showcases the best players, it has never been graced by some true superstars of the game over its history.

They include Ballon d’Or winners, national record holders, and continental greats. In that regard, FootTheBall lists the top 10 players to have never played at a World Cup ever.

The best player in the history of Finland, Litmanen was one of the stars for Ajax in the 1990s. He helped the Dutch giants to league titles and the UEFA Champions League triumph in 1995.

Litmanen would go onto play for Barcelona and Liverpool after that, but his talents alone could help Finland.

🗣️ "My Ajax team-mates played at the 1994 World Cup and reached the semis in 1998, where they were knocked out on penalties by Brazil. I took most of Ajax’s penalties, so I would have come in useful."

🇫🇮 Jari Litmanen on missing out on the #WorldCuphttps://t.co/RfEhVhDrGQ pic.twitter.com/E0RJYPAbGT

The nation are one of the underdogs in the international forum, with Finland never really getting close to qualifying for a World Cup. Litmanen tried his best, but it was not to be for the great player who remains the top appearances maker.

One of Wales’ all-time great players who picked up 20 trophies with Liverpool, including two European Cups. Rush was the recipient of the PFA Players’ Player and Young Player of the Year awards in consecutive seasons in 1983 and 1984.

#IanRush made his Welsh debut before he had been handed his first start for #Liverpool, playing his first match on 21 May 1980 against Scotland Rush played regularly for the Welsh national team for more than 15 years, scoring 28 goals (Welsh record) in 73 games. pic.twitter.com/wVEHjYk0Qu

However, like Litmanen, he was hamstrung by being from an underdog country. Rush is one of several Welsh heroes who have failed to make their mark at a World Cup, a curse that Gareth Bale will look to end in this decade.

A creative midfield hub who played with great success in England and Italy. Brady made over 200 appearances for Arsenal, along with winning the FA Cup in 1979. Then came the big switch to Juventus at a time when few players from UK were going abroad.

However, Brady bucked the trend by winning two Serie A titles with the Old Lady. He also had spells with Sampdoria, Inter Milan, and Ascoli.

Unfortunately, Brady could not replicate the success on the World Cup level, as he was not selected for 1990 FIFA World Cup in Italy.

The African Pele who is regarded as one of the greatest players in African footballing history. Abedi Pele was a supreme goal scorer and midfielder from Ghana who was voted as the African Player of the Year three times.

He was a superstar with Marseille in the early 1990s, winning the UEFA Champions League in 1993 where Fabien Barthez made history.

🏆 Abedi Pele was, surrounded by famous friends, holding the trophy & rejoicing after the 1st-ever @ChampionsLeague final in 1993. We hope the 3-time African Footballer of the Year is celebrating again on his 56th birthday 🎉

However, the FIFA World Cup remained out of reach with Abedi Pele only able to win the 1982 African Cup of Nations. In a silver lining, his sons Andre Ayew and Jordan Ayew have played at the 2010 FIFA World Cup in a historic occasion for the country.

The combustible footballer had fights with almost everyone he ever came across in his career. Cantona had a famous bust up with Henri Michel during qualifying for the 1990 FIFA World Cup.

That led to his suspension from international football, which meant missing out on the World Cup.

However, he did return to playing for France eventually under Michel Platini and Gerard Houllier. France failed to qualify for the 1994 FIFA World Cup, and then came the infamous “kung-fu kick” against a Crystal Palace fan.

It ended his international career as Cantona was selected for the 1998 FIFA World Cup, which Les Bleus went onto win.

Another African legend who is now the President of his country. Weah was a footballing genius and Ballon d’Or and FIFA World Player of the Year. He was an unstoppable force with spells for PSG and AC Milan, before a short time spent with Chelsea.

20 years ago, on 28 January 2002, George Weah ended his 19-year international career as Liberia 🇱🇷 bowed out of the AFCON.

In which year was he named FIFA World Player of the Year? 🤔 pic.twitter.com/k0j74IrJCa

Weah was also a driving force for Liberia, helping to manage the costs of traveling and training.

However, all his efforts were not able to help Liberia reach a first FIFA World Cup in its history. They remain an African minnow and have not come close to changing that status yet.

“Maradona good, Pele better, George Best.” The mercurial talent from Northern Ireland was one of the greatest footballing personalities that ever lived. Apart from his numerous off-field tales, Best was a magician on the pitch. He revived the fortunes of Manchester United after the Munich Tragedy, alongside Bobby Charlton and Dennis Law.

The Red Devils won league titles in 1965 and 1967, before clinching the European Cup in 1968. Best was awarded the Ballon d’Or and FWA Footballer of the Year for his exploits. However, his international career never really took off with just 37 appearances.

He was rumoured to be included in the squad for the 1982 FIFA World Cup, but then-manager Billy Bingham eventually decided against it.

Like Rush in the previous generation, Giggs was unable to help Wales in the World Cup scene. He was a legend for Manchester United since bursting onto the scene as a member of the “Class of ’92.”

However, Giggs and co. including Ian Rush and Mark Hughes failed to qualify for the 1994 FIFA World Cup. That was the closest they came to making the biggest stage.

Back in the days when a player could represent three nations during his career. Kubala was a phenomenal goal scorer with Barcelona in the 1950s, helping the Blaugrana to five La Liga titles. Kubala scored 300+ goals in a distinguished career.

In 11 seasons with Barça (1950-61), Kubala won a staggering 14 titles, and could have won more had he not suffered various injuries, including a bout with tuberculosis in 1952.

He featured for Czechoslovakia, Hungary, and Spain during his two-decade long career. Kubala had the best chance with Spain, and was also selected for the 1962 FIFA World Cup. However, injury forced him to miss out on the tournament unfortunately.

The most accomplished player in the list with an enviable trophy record. Di Stefano made his name with River Plate, before short spells with Huracan and Millonarios in Colombia.

However, his greatest successes came with Real Madrid in the 1950s. Five straight European Cups, eight La Liga titles, and two-time Ballon d’Or winner in 1957 and 1959.

Like Kubala, Di Stefano would also represent three countries in Argentina, Colombia, and Spain. La Roja had the best shot of qualifying for the 1958 FIFA World Cup, but fell to Scotland.

Di Stefano did not give up and helped Spain qualify for the 1962 FIFA World Cup. However, he would miss the tournament through injury like Kubala and the world never see his talents on the world stage.