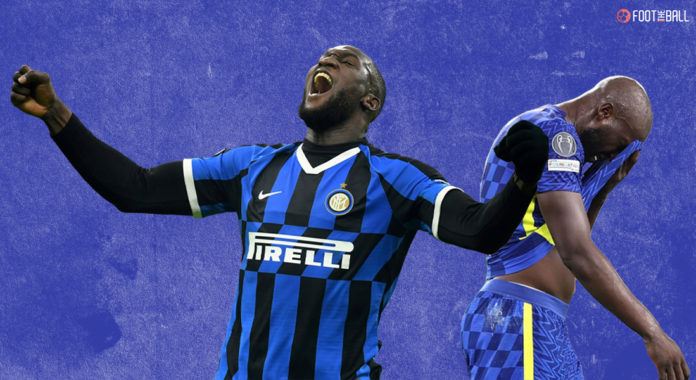 When Romelu Lukaku signed for Chelsea 12 months back, it appeared that Chelsea’s rise to the top was complete. The club had been crowned European champions, and with Lukaku in their ranks, they hoped to be a force in the domestic league again. However, 12 months back, it looks likely that the £97.5 million signings may return to Inter Milan.

Several reports in the media have indicated that the Italian club are looking to re-sign Lukaku. Inter, who missed out on the league title by a single point, would want a striker like Lukaku, who would strengthen their attack.

Chelsea, who also failed to defend their UEFA title, and were a distant third in the Premier League, would want to invest in a new striker and cut their losses.

Will the prodigal son Lukaku return to Inter?

According to reports in the media, the Belgian wants to return to Italy. In an interview with Sky Sports Italia, he had already made his intentions clear. “Physically, I am fine. But I’m not happy with the situation at Chelsea. Tuchel has chosen to play with another system,” he had said.

This caused a backlash from the Chelsea fans, and even though coach Thomas Tuchel insisted that a consensus had been reached between the player and the club, things may not have been entirely resolved.

Romelu Lukaku has expressed his wish, he will even take a reduction in wages to return to Inter Milan however they can only afford a loan with NO buy option, it’s now up to Chelsea to decide.

Chelsea in the last season failed to win any trophies except the FIFA Club World Cup. They have lost two cup finals on penalty shootouts to Liverpool. In the Premier League, they finished on 74 points, 19 points behind winners Manchester City.

However, a deal may not be a simple option given Inter’s financial position. Chelsea currently want close to €85 million for Lukaku.

This is an amount that Inter can’t afford, given that Lukaku’s wages will also have to be accounted for.

However, it seems that Inter have suggested a deal where Inter will initially pay € 20 million as a loan fee. They will then have the option of paying the additional € 65 million to make the deal permanent.

Reports also indicate that Lukaku is taking a pay cut of € 3.9 million to sign for Inter Milan. However, Chelsea has not indicated whether they will accept the deal. One of the reasons is that the club might believe that the Belgian could still prove his worth.

We have also seen many players failing to hit the ground running in the first season before getting acclimatised at the club.

Thibaut Courtois had a terrible first season at Real Madrid before turning it around.

Five players have missed more than 5 big chances this 21/22 season. With Lukaku rumoured to leave this summer, should #Chelsea find a replacement Striker to lead the front line next season or trust in Kai’s development in being clinical in front of goal? #cfc #stats pic.twitter.com/0bSEHdZyIo

Another reason for Chelsea not accepting Inter’s offer is the lack of elite strikers in the market. Robert Lewandowski has made his intentions clear that he wants to join Barcelona.

There are other options, such as Darwin Nunez and Alexander Isak, but they are still great talents and have to prove themselves at the highest level.

The club has also gone through a change in ownership that was just completed on May 31. Likely, the new owners would not want to make wholesale changes to the club.

While Romelu Lukaku is hell-bent on leaving the club, it will require a complicated deal with the option of a loan to prize the Belgian away from Stamford Bridge.

Inter ultras could also be a significant stumbling block for the move to be completed. After his interview with Sky Sports Italia, Inter fans had held a banner outside San Siro which read,” “It doesn’t matter who runs away in the rain. It counts who stays in the storm. Bye, Romelu”.

However, finishing second to their rivals in the league could change that opinion.

Lukaku started the season brilliantly with three goals in three matches. However, injuries and a dip in form meant that he has only scored eight goals for the team in the league. He has also failed to provide a single assist in the league, a far cry from his last season in Italy.

In case you missed it: Vinicius Jr’s amazing season in numbers

Perhaps his biggest failure came against Crystal Palace. The 29-year-old could only manage seven touches on the ball in the match. This was a startling stat for a player who was supposed to be the star attacker for the team.

Lukaku also delivered underwhelming performances in the Champions League. While Chelsea bowed out of the tournament after a thrilling two-legged game, Timo Werner grabbed the limelight. Lukaku was brought in as a replacement for the German 12 months back as Werner had fallen out of favour. Now he finds himself in the same position.