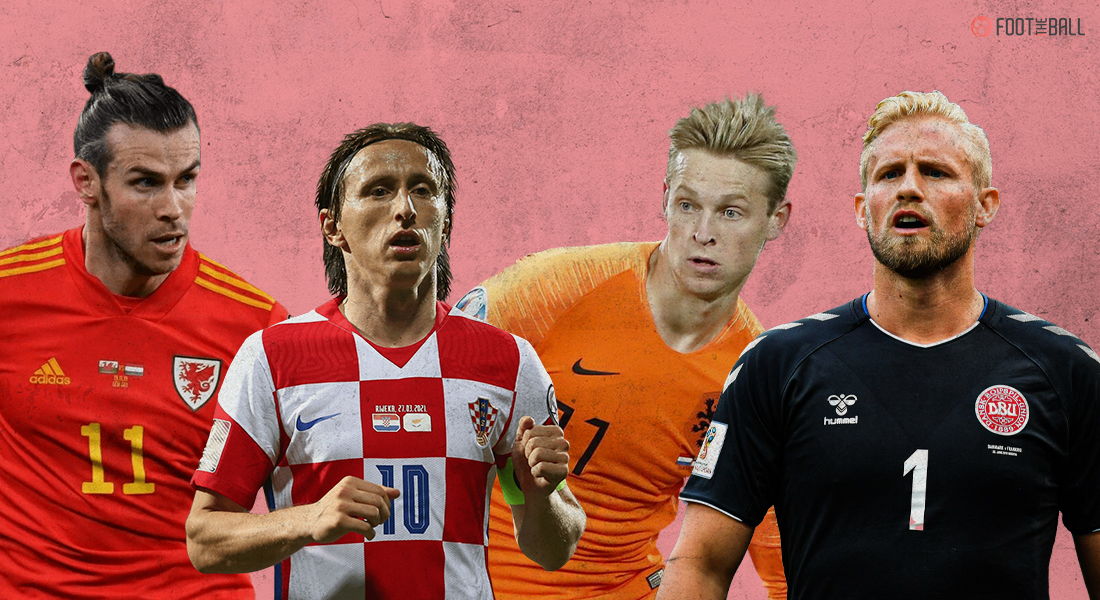 Euro 2020 is getting closer with each passing day. The teams are announced and the friendlies are underway. Each team is making sure that they are in the best shape before the mega tournament kicks off. It’s only natural to pick the favourites. Teams that have the best players and players in form are naturally considered to be the favourites to win the tournament. Let’s take a look at Dark horses at the Euro this time.

Beyond these favourites, there are a handful of teams gearing up to upset everyone and run away with the trophy. They are the “Dark Horses”, best of the rest. These dark horses enter the tournament quietly without much fuss. They make all their talking on the pitch and progress to the knockouts and win big. They also tend to punch above their weights and slay the favourites.

Euros over the years have produced many dark horses and memorable underdog stories. Let us take a look at the teams termed as dark horses who can make history at the Euro 2020.

The Dragons surprised the world with their semi-final run at the 2016 Euros. They would be hoping to replicate the same run this time. The team is shaken by the Ryan Giggs scandal just before the tournament. Intermin coach Robert Page has to bear the pressure and deliver for his side.

Wales are placed in a tough Group-A alongside Italy, Switzerland and Turkey. They rely on their talisman Gareth Bale to deliver the goods for them. Bale has rediscovered himself whilst on loan at Tottenham and is ready for the Euro challenge. The squad is a mix of young talent like Joe Rodon, Daniel James, Ben Cabango and experienced veterans like Joe Allen, Aaron Ramsey.

Wales’s biggest strength is their fearlessness. They have gone toe-to-toe with their opponents in the past. It has helped them massively and would bank on the same formula to have a surprising claim at the title.

Croatia have emerged as the shock dark horse in world football. They finished as the runner-up at the 2018 World Cup. They beat the likes of Argentina, England and Russia en route to the final where France ended their dream. This is their first major tournament post the 2020 Euros and they are looking to make their mark again.

Croatia are placed in a moderate Group- D with England, Scotland and the Czech Republic. Zlatko Dalic chose his squad from a majority of the 2018 heroes. He also called upon new hopefuls looking to impress for the national side. Luka Modric their captain is their biggest hope and the creative role in the midfield engine.

Though Croatia have lost vital cogs like Mario Mandzukic and Ivan Rakitic they have new talent in Ante Rebic and Bruno Petkovic to spearhead them. The squad looks settled and can make it past quarters if they play to their strengths and record their best-ever performance at the Euros.

The Oranje are back on the global stage of football. Having missed out on the 2016 Euros and the 2018 World Cup they were rampant in the 2020 Euro qualifiers. Their resurgence in world football was evident in their run to the Nations League final. They’ll be determined to make a grand return.

The Netherlands are placed in a favourable Group-C with Austria, Ukraine and first-timers Northern Macedonia. Frank de Boer has named a strong 26 man contingent. They miss the services of their best player Virgil van Dijk who’s sidelined with an injury. They still have exciting names like Frenkie de Jong, Matthijs de Ligt, Memphis Depay, Georginio Wijnaldum in their ranks.

Ronald Koeman leaving for Barcelona a year ago might have hurt the team. Frank de Boer who has come in after Koeman is setting them up defensively which won’t help their attacking philosophy. If the coach can get his tactics right, they have the personnel to repeat their success from the 1978 Euro.

The Das Nationalteam just make their third appearance at the Euros. Having entered the tournament as dark horses back in 2016 they failed to live up to that tag. This time around the squad is more experienced and have exposure on the global level. They look to make a lasting impression at the Euro 2020.

Austria are in the same group as the Netherlands. They can negotiate the other games against Macedonia and Ukraine easily. The game against the Dutch can determine the group winner. David Alaba is their biggest super-star who can help them progress. The versatile player is deployed in the box-to-box midfield role for his national team. In Sasa Kalajdzic they have one of the best young striking prospects in the world. Others like Marcel Sabitzer, Marko Arnautovic and Valentino Lazaro need to step up.

Franco Foda’s side had a slow start in the qualifiers. They recovered well to make it to the Euros. A spot in the knockouts can be earned easily as they are in a favourable group. Any progression beyond it would take some massive performances from everyone.

Who could ever forget the Danes’ incredible triumph at the 1992 Euros? They entered the tournament as wild cards and went all the way. The class of ’92 can inspire the Danes again to have a crack at history. Having missed out on the 2016 Euros they would like to make their presence felt this time.

Denmark are placed in Group-B with Belgium, Finland and Russia. It’s a fairly manageable group for the Danes. Kasper Hjulmand named a strong 26 man squad ahead for the Euros. Christian Eriksen is their talisman and he would like to end a subpar season on a high with his national side. They also have other formidable names like Kasper Schmeichel, Yousef Poulsen, Piere-Emile Hojbjerg and Thomas Delaney.

Hjulmand uses a stable 4-2-3-1 formation that helps them offensively as well as defensively. Hjulmand was entrusted with the coach’s role due to his fast free-flowing footballing strategy. They play all their group stage games at Copenhagen and would love to make a positive start in what could be a defining Euros for the team.