A W WITH WHITE! 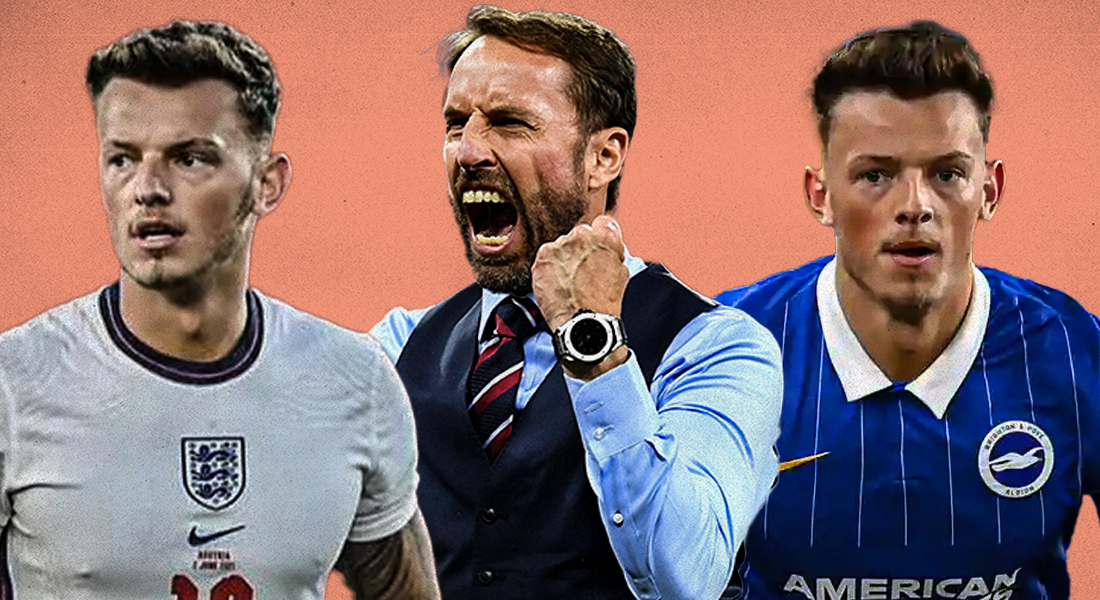 Gareth Southgate was forced to make a change in his 26 man squad just before the Euros. A thigh injury ruled Trent Alexander-Arnold out of the Euros. After all the scrutiny the English right-back who was included in the final 26 man squad was forced off in a friendly. Southgate after a lot of pondering decided it was Ben White who made the final cut to the England squad. Selecting Ben White comes as a correct decision from Southgate who’s under massive pressure to deliver the goods at the Euros.

Beyond proud and honoured! I’ll give it my everything 🦁🦁🦁 @England pic.twitter.com/kjMAAgalqK

Ben White who was returning home after their latest friendly against Romania was personally informed by Southgate that he is going to the Euros. This comes as a testimonial for the 23-year-olds’ recent performances for his club Brighton. After making his debut just over a week ago in the friendlies he has the chance to on Europe’s biggest stage and help his country bring the cup back home.

Gareth Southgate took a gamble by calling up Ben White. When you look at the options you will feel that he has made the right choice. White was a member of the 33 men provisional squad initially. He was told that he’d be filling in if there’s an injury issue and it did happen indeed. When Trent one of England’s four right-backs was injured people felt like a midfielder could be called upon as there’s already plenty of cover at right-back. Jesse Lingard and James Ward-Prowse felt like the safe options. Southgate went with Ben White and we explain why he got it right before the Euros.

Gareth Southgate deploys a variety of systems depending on the opposition. He does not shy away from using a three-man or a five-man back instead of the usual four-man backline. He demands players who adapt to multiple positions and are comfortable playing anywhere. Ben White perfectly fits the bill. A centre-back by position White can also play as a deep-lying midfielder and an excellent one at that. This further justifies Southgate’s selection.

Ben White started his senior career at Brighton and Hove Albion before being loaned out to various clubs. On a loan spell at Leeds United in the Championship, he caught everyone’s eyes. His game was taken to the next level under the tutelage of the legendary Argentinian manager Marcelo Bielsa.

White was used in the middle of a three-man backline. His defensive positioning and tackling were exceptional. His calmness and composure on the ball and his incredible passing range made him a top-class ball-playing centre-back at a young age. At Leeds, he also became a press-resistant ball carrier. He was cheekily called the Rolls-Royce centre-back due to his ease and elegance on the field.

These traits coupled with White’s versatility made him a useful midfield option too. He was deployed as a destroyer at the base of the midfield a few times by Bielsa. White returned to his parent club Brighton after a highly successful loan spell. Graham Potter, Brighton’s manager used White in a three or five-man backline regularly. He was also used as a defensive midfielder again. He stood out in a thrilling Brighton team through his stellar defensive performances.

PERFECT FOR THE ENGLISH TEAM NOW

There are few injury concerns and form concerns in the England squad even a week before their opener against Croatia. Their main centre-back Harry Maguire hasn’t kicked the ball in a month. Vice-Captain Jordan Henderson is returning from a groin injury after three months. Tyrone Mings another centre-back option has struggled for form in the recent friendlies.

Venturing into the unknown Southgate had to make a choice. His selection of White can solve England’s major problems. White can fill in for Harry Maguire with ease as the chances of Maguire making the opener look slim by each passing day. Henderson returned to the fray for 45 minutes against Romania. If the boss feels like Henderson is not fully match-fit he can use White as a destroyer in the midfield alongside Declan Rice or even over Declan Rice. White can match Rice in terms of defensive ability and ball-playing capabilities.

Many felt that England were a tad weaker in the midfield when the final squad was announced. Apart from Henderson, they had the likes of youngsters in Jude Bellingham, Mason Mount, etc. When a spot opened up due to Trent’s injury they believed it was right to reinforce midfield with an experienced one like Ward-Prowse or Lingard.

Southgate trusted White and thinks he can be the perfect piece to replace a right-back. He’ll definitely hope that White performs on the expected levels and helps England conquer Europe.