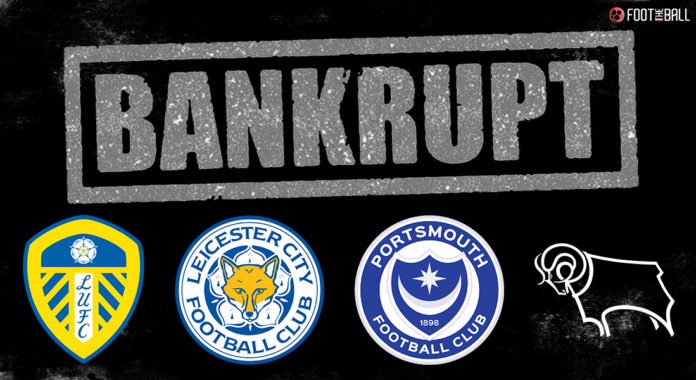 “The club is going into administration until further orders.”

Irrespective of the club team you support, this is a statement, you don’t want to hear this statement. In fact, it is those rare instances where even a club’s major rival would express sympathy. The act of going into administration in football is not just a representation of the current situation but also casts doubt on the club’s future and survival.

But what does the term ‘administration’ in football mean?

Administration in football- What does it mean?

Despite the love and passion that any team receives they are as much a corporate company as they are a football club. Just like any company they have assets and liabilities on their balance sheet. In addition, they also take loans for various purposes ranging from buying players, upgrading facilities and more.

Doomsday for ⁦@dcfcofficial⁩. Inevitable consequence of where club was heading under circumstances https://t.co/VO7cdpit2d

These loans are liabilities for the club, And the loans need to be paid in a certain time along with some interest on them. So, when a club fails to do that it means that the financial situation is declining. And when these reach massive proportions, the club goes into administration.

What happens in administration?

Under administration, the charge of a football club is taken by a group of people (usually accountants). These people are called “Administrators”. They start the process of organising the club’s finances.

So, how do they ensure the club’s survival?

In brief, by taking tough decisions. Any football club, like a company, needs a certain amount of cash in its account for its day to day activities. The administrator’s first job is to ensure that the club has a sufficient amount of cash for at least the next eight weeks.

If the administrators are successful in this, they go to the next phase. This involves finding a new buyer in those eight weeks who can take over the club. If it fails to find a new owner, then the administrators opt for a Company Voluntary Arrangement (CVA). Under the CVA (which requires 75 per cent of creditors to support it), the club can pay a portion of their debt to the creditors.

Mia San Mia: What does the slogan mean for Bayern Munich?

How is money generated during administration in football?

When the administrators take over a club it goes without saying that the club has minimal financial resources. So, how do they generate money?

The main job of the administrator is to ensure that the club survives in the short term. And this is achieved in multiple ways such as:

Punishment for administration in football

Financial vulnerability is not the only thing that a club has to deal with during administration. They are also hit with restrictions from the league body in which they are competing. The most common one is points deduction. This was brought because some clubs were suing the administration process to clear their debts.

The point deduction can be applied in the current season as well as the next season., The concept behind this is that if the club is already relegated or safe (even after the points deduction), they won’t feel the consequences.

They can also be barred from buying new players unless they generate a significant amount of money to fund it without jeopardising the club’s survival.

Looking to add a talented youngster to your club? Well then check out Aston Villa’s teenage star Carney Chukwuemeka

Famous instances of administration in football

Let’s go back to the most recent one. League One side Derby County recently had to bear the force of administration. The club faced a points deduction, and after a withdrawn bid by Chris Kirchner. In this time, they lost most of their talented young players, got relegated to third tier because of the points deduction, and were on the verge of being outright liquidated. The club was ultimately brought by property developer David Clowes on June 26.

This marked the end of Derby’s administration. Derby County is not the only club to go into administration. Over the years, several clubs such as Leeds United, Leicester, Portsmouth, and Crystal Palace have all gone through it. Clubs who have gone into administration is a scarily long list which sheds a light on the scale of financial mismanagement in football

Another thing to note is that administration in football does not mean that the club ceases to exist. Leeds, Crystal Palace, and Leicester made remarkable recoveries with the last one also winning the Premier League.

However, not all clubs have the same fortune. Some take years to recover their former glories. Some, like Bury FC, face the worst scenario where they cease to exist entirely, showing how quickly can a team goes from boom to bust.