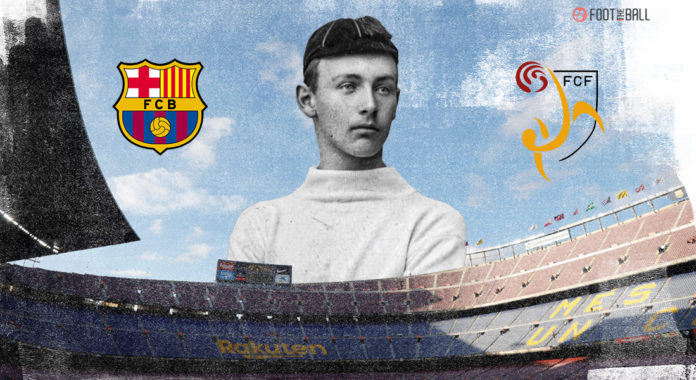 FC Barcelona are one of the most prestigious institutions in the sporting world. It is evident right from the hallowed presence of Camp Nou, and the rich history ever since its foundation.

One of the most enduring symbols of Barcelona and everything they represent is the club motto: Més que un club. It translates to “more than a club,” and Barcelona have continuously lived up to that.

It was evident since the presidency of Joan Gamper himself, who was a multi-sport athlete. However, there are more key differentiators as to how the Blaugrana have cemented a legacy unlike any other club.

Barcelona’s roots and journey over time are rooted in the ideals of Catalan nationalism and independence.

The topic of Catalunya and secession from Spain has been a hotly contested topic over the past several decades. Barcelona have been at the centre of it, especially during the Spanish Civil War in the 1930s.

The brutal dictatorship of General Franco saw the banning of Catalan language, the iconic senyera estelada flag, and Catalan names. Moreover, Josep Sunyol, one of Barcelona’s presidents and noted Catalatan politician was murdered. His name still rings as a martyr in the region.

It was at this time that Barcelona, who have always been proud of their heritage, became a safe haven for the repressed region.

Camp de Les Corts, their former stadium, and Camp Nou, were the hallowed auditoriums where Catalan thoughts and pride raged. Eduardo, a fan of the club supporters’ group in London, told FourFourTwo,

“A lot of our liberties we have now, we didn’t have in the past. FC Barcelona was a place to go to talk about this kind of thing without a fear of punishment. Barcelona has been the flagship of the Catalan struggle throughout the years – and for me, that is what ‘Mes Que Un Club’ means.”

Therefore, it is evident how Barcelona have not restricted themselves to sports only. They know their identity, what the name means to the people of the Catalunya. That kind of responsibility is not for everyone.

So, it has been no surprise as to why Barcelona are always in the midst of talk surrounding Catalan independence. They have not shied away from their duties, and that fact is essential to their motto.

How Barcelona are more than football

Gamper, one of their main founders and president, envisioned a club that would not stick to football. Consequently, Barcelona have teams in basketball, volleyball, hockey, golf, and many other disciplines.

The footballing institution is run by its own supporters, and the members are thoroughly part of the fabric. La Masia, their highly-rated youth academy, has been the beacon of the future over many generations. It has produced some of the best players in the world, and continues to shed light on the future.

Pablo Torre is the latest wonderkid to join Barcelona, and there is a lot special about him

Pep Guardiola, the legendary manager, was one of the most vocal supporters of the Catalan referendum in the last decade. He has been heavily intertwined in the connection between fans and Barcelona, with the pair’s heydays some of the best in history.

Current president Joan Laporta has tried to bring back the good times, after the financial disaster under Josep Bartomeu. Despite letting Lionel Messi go, the Catalans are planning to make major moves in the 2022 transfer market.

Having lost the intricate touch of mes que un club over the years, fans have associated the phrase with different meanings. However, it remains one of the most identifiable and closely associated mottos in world football. The fact that a football club, and by large, a sporting institution, can impact so many people is profound.