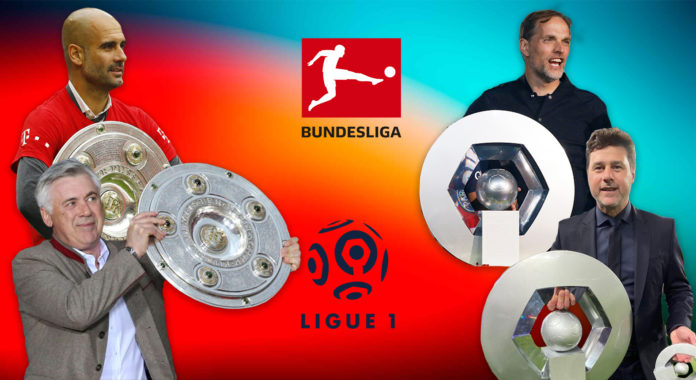 The German Bundesliga and the French Ligue 1 are one of the top five European leagues across the world. But very often, they have been referred to as the ‘FARMERS LEAGUE’. Why and how did that happen?

The top-tier of French football has always been accused of being a one-horse race with a single top side dominating the league at any given time. Ligue 1 has been dubbed the ‘Farmers League’ by several football fans for years due to its perceived lack of quality and with PSG winning league after league without ever breaking a sweat. Only occasional upsets and PSG’s internal dysfunction has paved the door for a couple of upsets with Lille recently winning it in 2020-21. Guess what happened next? PSG now employ Lille’s league-winning coach, Christophe Galtier, and sit atop the table. Things are arguably even worse in Bundesliga.

Bayern Munich have won TEN league titles on the bounce and the run doesn’t look like stopping anytime soon. They regularly poach the best players from other Bundesliga teams, can offer the best salaries and are all-around in a different stratosphere. So, where did the tag “Farmer’s League” come from for these two leagues? We explain.

Ever wondered why PSG’s stadium is called Parc des Princes? Here’s why

Lyon upset the odds by securing a 3-1 win over Man City, while Paris Saint-Germain scored two late goals to knock out Atalanta in a dramatic round of quarter-finals. Lyon, PSG, RB Leipzig and Bayern Munich were the semi-finalist in the 2019-20 UCL season; making it an all-German-French last four in the competition.

But the fact remains that the Serie A titles have been shared among many clubs long before Juventus became the dominant force. For instance, in the 2019-20 season Juventus just edged out Inter Milan to the Serie A title, with the San Siro club missing out on the Scudetto by just ONE point.

Therefore, as the single-handed dominance of club sides like PSG and Bayern keeps increasing, the term “Farmers League” is going to be thrown around with much more abandon. Success breeds success and when the income inequality is vast, the other teams in the league don’t stand a chance of upsetting the order. If they do, they are conveniently gutted by the top team, keeping the cycle constant.