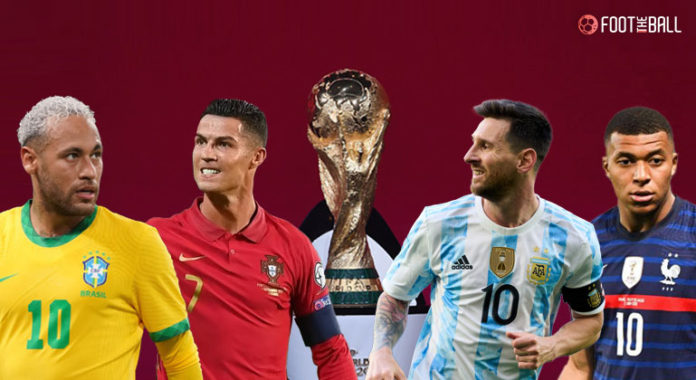 The FIFA World Cup is less than a month away, and the excitement has reached fever pitch. For the first time in history, the tournament will be held in winter from November 20 to December 18. However, despite the World Cup schedule that affects leagues worldwide, the World Cup is expected to attract record visitors and viewership.

The last World Cup held in Russia had a viewership of 3.5 billion. However, FIFA expects that record to be smashed, with an expected five billion people tuning in to watch the spectacle. This means that every two out of five people will watch the World Cup. So, thus the battle for broadcasting rights has been challenging. Top broadcasters have shelled out enormous sums of money to get the rights.

So, where can you watch the FIFA World Cup? We explain.

France head into the World Cup looking to defend their title with a formidable squad. And Les Bleus fans can watch their team’s campaign on Qatari-owned beIN Sports and French television market TF1. Both these television networks have the license for television and online streaming. The radio rights of the tournament are with Radio France, RTL, and RMC.

The 2014 World Cup champions could become the joint-most successful team in the World Cup if they go all the way in Qatar. For fans supporting Die Mannschaft, there are two options: ARD and ZDF getting rights for television, radio, and online streaming. However, for fans looking to stream on television, ARD and ZDF have also given licenses to Telekom Deutschland GMBH.

Since winning the FIFA World Cup in 2006, Italy went out in the group stages in 2010 and 2014 and failed to qualify for the 2018 and 2022 tournaments. Therefore, it is a disappointment for the gli Azzurri fans will be able to enjoy the World Cup experience on RAI Radiotelevisione Italiana, which have the rights to television, radio and online streaming.

After missing out in 2018, the Oranje are back at the World Cup. The rights for World Cup broadcasting in the nation have been acquired by European Broadcasting Union public broadcaster NOS – Stichting Nederlandse Omroep Stichting.

This is Cristiano Ronaldo’s last World Cup, and he has a brilliant star cast around him that can help him win the World Cup. For fans in Portugal, the rights for television and online streaming have been brought by RTP – Radio e Televisao de Portugal and European Broadcasting Union. The radio rights are with FIFA Radio Noticias and Radio Renascenca.

La Furia Roja ruled the footballing world, winning three consecutive tournaments between 2008-2012. And now they will be looking to win their second World Cup. Mediapro and RTVE have brought the rights for World Cup in the nation for television, radio and online streaming. However, FIFA has also given radio broadcasting rights to Cadena COPE, Cadena SER, Radio Marca, and Radio Nacional de Espana (RNE).

African powerhouses Nigeria will not feature in the World Cup as they failed to qualify. However, they have some of the biggest fans of the game of football and will nonetheless watch the tournament. The tournament will be broadcasted on SuperSport International, which has television and online streaming rights. Meanwhile, New World T.V. (Free to Air) has the rights to television, radio and online streaming. BBC Radio Sub-Sahara and Radio France International have radio broadcasting rights.

The FIFA World Cup is the most watched sports event in the world and it was estimated that World Cup 2018, which was played in Russia, had a combined viewership of 3.572 billion (357.2 crore people) which means almost half of the world’s population watched the tournament.😳😳😳 pic.twitter.com/Bfjqxn16CX

The sole broadcaster of the World Cup has been brought by beIN Sports, the nation’s very own broadcaster. BeIN Sports will broadcast the match in Iraq, Bahrain, Iran, Jordan, Kuwait, Lebanon, Oman, Palestine, Saudi Arabia, UAE, Yemen, and Syria.

FIFA Uncovered: What to expect from the Netflix documentary

The United States will perhaps send their best team to the 2022 World Cup. And fans of the national team can watch their matches on FOX Network, which has brought television, radio and online streaming. In addition, Spanish broadcasting on television and online streaming is available on Telemundo, while radio rights have been given to Futbol de Primera.

Canada are going to their first World Cup after 36 years and has a team capable of surprising any team on their day. CTV Television Network has acquired all the rights to broadcast the World Cup in the country on television, radio and online streaming.

The most successful nation in the World Cup, Brazil, are one of the favourites to win the title in Qatar. Globo has acquired the rights to broadcast the tournament for television, radio and online streaming. Globo has, in turn, sold radio rights to nine different broadcasters.

30 – There have been 30 penalty shootouts in World Cup history. @Argentina have been involved in five of those, the most by any country. Drama. #FIFAWorldCup pic.twitter.com/1M80ij83gt

Just like Argentina, TyC Sports got the broadcasting rights for the World Cup in Uruguay. They have also licensed these rights to 12 broadcasters, such as Canal 4 T.V., DirecTV Latin America, SAETA, and Teledoce.

The Aussies have qualified for their consecutive World Cup in Qatar. And in the land down under, the SBS Network has brought all the rights to broadcast the World Cup. In addition, FIFA has also granted SEN Sports Radio radio broadcasting rights.