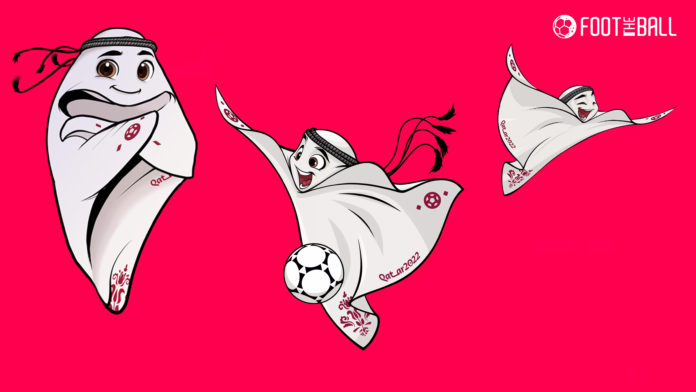 Twenty-eight days, 32 teams, 64 matches, and one winner. Come December 18, and there will be a new World Cup champion if France fail to defend their title. It is the first time the tournament will be held in winter, causing all the major leagues worldwide to go on a break. The Qatar World Cup has already unveiled its mascot ‘Laʼeeb’. Every World Cup since 1966 has had a mascot which is a character that represents the culture of the country. The mascot could be inspired by their flora, fauna, fable, history, geography etc.

So, here we look at the history of FIFA World Cup mascots.

Socceroos on their way

The first World Cup to have a mascot was in 1966, which was held in England. It was named Willie after its designer Reg Hoye Willie; The mascot was a lion, a prestigious symbol in the United Kingdom, wearing a Union Jack with the words’ World Cup’ inscribed on them. Initially, there was little interest in the character. However, England’s victory made it famous, so fans still remember it today.

The first Official Mascot was World Cup Willie, back at England 1966 🙌🦁 pic.twitter.com/0Kpb6MRaPR

The next World Cup was held in Mexico, the first to be held in North America. The mascot for the World Cup was ‘Juanito’. It was a boy who wore a green Mexico football jersey and a yellow sombrero, a traditional Mexico men’s hat with the words ‘Mexico 70’ written on them. The character represented Mexico’s culture and their relation with football.

Juanito, The Mascot for the 1970 World Cup held in Mexico#WorldCup #Mexico #Mascots pic.twitter.com/mozf8okOMf

The 1974 World Cup was held in Germany and saw the introduction of the legendary ‘Total Football‘ philosophy by the Netherlands. The mascot for the World Cup was Tip and Tap. They were two boys wearing Germany’s jerseys with black and blonde hair, respectively. On one of the jerseys, the word ‘WM’ was written and on the other was ’74’. WM was the abbreviation of ‘Weltmeisterschaft’ which means World Cup in German.

The worst World Cup mascot(s) of them all – Tip and Tap in 1974. pic.twitter.com/6fsedphBYx

The 1978 World Cup was the first to be held in Argentina. They would win their first title, led by the impressive Mario Kempes. Gauchito was the official mascot for the tournament. It is a boy wearing an Argentinian jersey, a hat and Neckerchief, and a scarf playing with a football with a whip in his right hand. The attire was similar to skilled horsemen in Argentina.

The World Cup went to Spain in the 1982 World Cup, and the mascot for the tournament was ‘Naranjito’. The mascot was an anthropomorphised orange, a famous fruit in Spain, wearing the Spanish national team jersey with a football in his left hand. The word ‘Naranjito’ is Spanish for the word orange.

Mexico has the record of having the shortest gap between hosting the two World Cups, as they got their second World Cup 16 years after their first one. Mexico already had Juanito, so they tried to be creative by making jalapeno, their traditional vegetable, as the mascot. Pique sported a black moustache wearing the Mexico national jersey and a sombrero. The name comes from Picante, which means spice peppers and sauces in Mexico.

The World Cup returned to Italy after 56 years in 1990. And the Italians came with a unique mascot, CIao. It was a stick figure with a football for its head and was covered with the colours of the Italian flag. The name was inspired by one of the most common greetings in the country.

Just eight years after 1986, the World Cup returned to North America, but instead of Mexico, the United States won the right to host the tournament, the first in their history. And the mascot for the tournament was Striker, the World Cup Pup. The mascot was a dog wearing the United States national jersey with the words ‘USA 1994’ written on it and a football under his left foot.

Anyone else got the 1994 World Cup mascot 'Striker'? #saturdaynightfun pic.twitter.com/nM7q3sfqXn

France would host the final World Cup of the 20th century, where they would also win their first title. The mascot for the World Cup was Footix, a cockerel (a young male chicken), one of the national symbols of France. Footix wore a national jersey with the words ‘FRANCE 98’ written on them and a football in his left hand.

The 2002 World Cup was the first in history to be co-hosted with South Korea and Japan. And it was also the tournament where there were three mascots named Ato, Kaz, and Nik. Coloured Orange, Blue and Purple, all three were computer-generated images. Ato was the coach, while Kaz and Nik were football players. Together they played ‘Atmosball’, a fictional sport similar to football.

For the 2006 World Cup in Germany, a lion was selected as the official mascot. Named Goleo, he wore the German national jersey worn by the national team between the 1950s and 1970s. His sidekick was Pille, who was a talking football. The name Galeo is an amalgamation of Goal and Leo. However, it was criticised by many people in Germany over the choice of animal, with the eagle being the preferred choice which is also on the German coat of arms.

Goleo VI was the official Mascot for 2006 world cup. (Also known as Goleo, and Pille. Goleo – a lion and Pille a talking football)

The 2010 FIFA World Cup was the first to be hosted in Africa as South Africa won the right to host the tournament. For the occasion, the South Africans selected a leopard as their mascot. Named Zakumi, the mascot wore a South African jersey with ‘SOUTH AFRICA 2010’ written on it. Zakumi had green hair and a football in his left hand.

The 2014 World Cup was Brazil’s second as a host after the 1950 World Cup, and to mark the occasion, a three-banded armadillo, an endangered species, was named as the official mascot. Found only in Brazil, the mascot wore a white t-shirt with ‘BRASIL 2014’ written on it. He also had the official match ball ‘Adidas Brazuca’ in his right hand.

Everyone loves Zabivaka, but we all collectively slept on Fuleco, the mascot of the 2014 World Cup pic.twitter.com/g2lbeBzZBx

Russia hosted its first-ever World Cup in 2018 and selected a wolf as their official mascot. They named it ‘Zabivaka‘, an amalgamation of two Russian words which means ‘wolf’ and ‘to strike’ respectively. Zabivaka wore red shorts and a white and blue t-shirt with ‘RUSSIA 2018’ written on it. It was made by a design student Ekaterina Bocharova and was selected by internal voting in Russia.

For the current edition in Qatar, the mascot is named La’eeb. It is a floating Keffiyeh, a traditional headdress worn in the country. It has eyes, eyebrows and a mouth. It has ‘QATAR 2022’ written at the bottom of it. The word ‘La’eeb’ in Arabic means a ‘super-skilled player’.

The Adidas Al Rihla ('The Journey') is the official match ball of the 2022 FIFA World Cup in Qatar.

8 stadiums will host the world cup. The final will be held on December 18th 2022 pic.twitter.com/wDuXU40CuW

The 2022 FIFA World Cup will begin on November 20 and after 64 matches will finish on December 18.