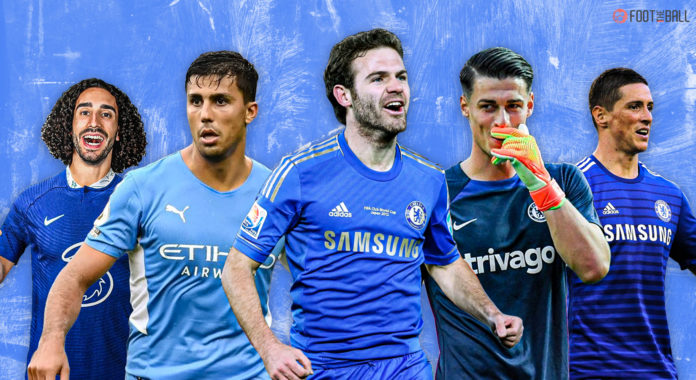 In football, there comes a time when a particular nation or club creates a team, philosophy, or tactics that revolutionises the game. For Spain, that came in 2008, when Spain won the Euros. A year later, Barcelona would win the sextuple playing the famous tiki-taka. The Barcelona team was extraordinary because, at its core, there were no outlandish expensive signings but homegrown players from their famed La Masia academy. Between 2008-2012 the Spanish national team also created a record; winning a World Cup and two Euros.

However, the Spanish players for most of the last century and this century prefer to play in their home country rather than go abroad. Hence, we rarely see exorbitant fees being shelled out for Spanish players. Moreover, since its inception, the La Liga has been among the top leagues, making it hard for other leagues to attract them.

So, while a nation like Brazil ranks among the top in all-time top transfers, the Spanish are far behind despite being equally good.

And football brings you the top 10 Spanish transfers of all time.

Some transfers in football owe their existence to last-minute anxiety, and Kepa Arrizabalaga is a perfect example. In 2018, Chelsea and Liverpool were both looking for world-class goalkeepers. Jan Oblak and Alisson Becker were the two candidates. However, Atletico Madrid refused to discuss the sale of Oblak, leaving the two clubs fighting it out for Alisson, who went to Liverpool.

So with the pressure of replacing Thibaut Courtois increasing, the Blues spent a world record €80 million on Arrizabalaga. However, while Alisson helped Liverpool reach new heights, the same can’t be said of Arrizabalaga. After several underwhelming performances and a famous on-field altercation with Maurizio Sarri, Chelsea signed Edouard Mendy, who has been an enormous success.

On the other hand, Arrizbalaga is now a second-choice goalkeeper and could leave Chelsea this summer.

Over the past three seasons, he’s underperformed his xG against stats by 10.4 goals.

In his Chelsea career alone, he averages 4-5 goals worse off than the xG numbers per season. He simply isn’t saving us goals as he should across a season. pic.twitter.com/qy6qPHziIS

Well, it is a surprise that despite producing world-class talent, the two costliest Spanish transfers of all time were a failure. They also both happened to be at Chelsea. In 2017, Manchester United and Chelsea were looking for a world-class striker. And just like in Alisson’s case, both clubs were chasing a single player, Romelu Lukaku. Chelsea lost the race and then signed Alvaro Morata.

However, the Spanish failed to adjust to the pace and physicality of the league and, after three years, was sold to Atletico Madrid, who immediately sent him on loan to Juventus. His two-year stint was unsuccessful, prompting the Old Lady to sign Dusan Vlahovic.

By now, it looks like Chelsea are fascinated with spending large sums on Spanish players.  Marc Cucurella is the latest signing by the club in the current season as they look to replace Antonio Rudiger and Andreas Christensen. Cucurella is expected to slot alongside Kalidou Koulibaly who joined from Napoli.

The transfer is eerily similar to Arrizabalaga and Morata, as Cucurella was not the first choice for the Blues. However, after losing out on Jules Kounde, Thomas Tuchel opted for the Brighton man. Cucurella had a fantastic season with the Seagulls and was voted their Player of the Season.

While he is a brilliant defender, playing at Chelsea will be a challenge.

📊Data Analysis: Marc Cucurella.
🔵What he will bring to Chelsea FC.

Back in 2018, Manchester City were on the top of the world, dominating the Premier League. But they faltered again in the Champions League against Liverpool. Guardiola wanted to strengthen the defence, and thus came Aymeric Laporte for €65 million. The defender immediately improved the defence, becoming the leader across the backline and helping City win their fourth Premier League title.

However, injuries led to a loss of form and rhythm as he lost his place in the team to Ruben Dias. This season is a make-or-break for Laporte as he needs to prove that he is good enough to become a permanent fixture in City’s backline.

With the World Cup just months away, regular game time would also be handy to make Spain’s final team.

Manchester City, like Chelsea, are fascinated with paying top dollar for Spaniards. However, there is one difference. City’s Spanish transfers have been largely successful, and Rodri is a testament to that.

The Atletico Madrid midfielder was snapped up in 2019 by City, looking for Fernandinho’s successors. However, the Spaniard was not flawless in his first season, struggling to adapt to the pace and physicality of the league. To make matters worse, Liverpool also pipped Manchester City to win their first Premier League title.

However, since then, Rodri has become the midfield lynchpin for City. The Spaniard has been among the top transfers and the team’s defensive shield. While he now faces competition from Kalvin Phillips who was signed from Leeds, he is the designated starting number 6 at the Etihad.

Me and @Patrick_E_Scott have built this player radar tool so you can see what real life players’ attributes would look like in Fifa or Pro Evo, based on their actual Opta data. It’s so cool. Rodri is quite like Busquets. Messi is nuts. Hazard too. ▶️⚽️🤓https://t.co/f2lcr6FRhi pic.twitter.com/bTRuQKYPmk

While Chelsea have often struggled after signing Spanish players, they struck gold when it came to Diego Costa. The Spaniard spent three successful seasons at Stamford Bridge before returning to Atletico Madrid for a €60 million fee.

However, age had caught up with Costa, and though he was a persistent presence in the team, his goal-scoring prowess had faded. So, after two seasons at Wanda Metropolitano, he went to his native country Brazil to play for Atletico Mineiro before terminating his contract leaving him as a free agent.

While Costa could not have justified the fee Atletico spent on him, his last spell at the club ensures he remains a club legend.

Well, we are back again, Chelsea and failed Spanish transfer. However, there is one difference between Torres’ transfer and Kepa and Morata, Torres was one of the best strikers in the world when he came to the club.

After joining Liverpool in 2007, Torres became a devastating striker, almost helping Liverpool win the league in the 2008-09 season. And after a three-and-a-half successful season at Anfield, he joined Chelsea.

However, the change in environment and tactics was too much for the Spaniard to handle. After four unsuccessful years, including that famous last-minute goal against Barcelona in the Champions League, Torres joined AC Milan. Afterwards, he would return to Atletico before ending his career at the Japanese club Sagan Tosu.

While Barcelona may be in a financial crisis, activating several economic levers, there isn’t a lack of activity in the transfer market. The club have signed Robert Lewandowski, Andreas Christensen, and Franck Kessie. They also hijacked two Chelsea transfers by signing Leeds winger Raphinha and Jules Kounde. And with the activation of another economic lever, the club also registers their players.

However, all this spending spree started in the winter transfer window when the club signed Ferran Torres. The Spaniard, like Rodri and Laporte, joined Manchester City but, after failing to establish himself in the team, left in 2022.

While he has been unable to hit the ground running at Camp Nou, the addition of several quality players will also help elevate his game.

Ferran Torres is the worst finisher in the entire league according to the stats. [@fbref] pic.twitter.com/t2S5xe882f

Before the tiki-taka and significant transfer signings era, a Spanish midfielder broke records when Lazio signed him for €48 million in 2001. Back then, it was the record fee for a Spanish player and the sixth-most expensive Player of all time. Mendieta was instrumental in Valencia’s run to the final of the Champions League.

However, he failed to replicate his form at Napoli and, after three abysmal seasons, was sent on two loans to Barcelona and Middlesbrough, respectively. The English side would sign him permanently, and it is there he would help the club win the Football League Cup.

Still, he was not the Player he was at Valencia, and in 2008, Mendieta announced his retirement from football.

Juan Mata remains one of the most underrated players in the Premier League. The Spaniard came into the limelight after starring for four seasons at Valencia, prompting Chelsea, who snapped him up. After winning three trophies with the Blues, Mata departed for Manchester United, who were adapting to life without Alex Ferguson.

Mata would spend the next eight seasons at Old Trafford. While his initial years were successful as he helped the club win four trophies, his time at the club coincided with United’s downfall, which continues to this day.

Mata’s later years would see him struggling with injuries as he gave up his usual good performance. And finally, on June 30, this year, Mata left the club after the expiry of his contract.