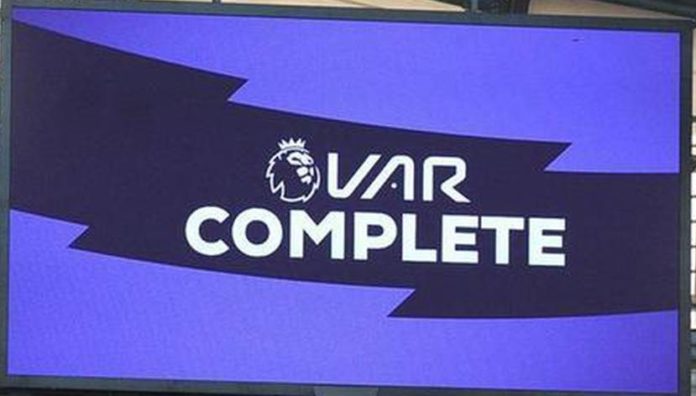 There are a few changes in football that have revolutionised the game. First, there was tiki-taka, which brought Barcelona a sextuple, the first in football. It emerged from another footballing philosophy called Total Football which was equally successful. The Video Assistant Referee, in short VAR, is one such revolution.

The technology was brought into the game to improve the accuracy of several calls made during a single match. It was considered a technological revolution that would make football decisions quick and accurate. VAR aimed to minimise less human mistakes in a game and, at the same time, ensure it doesn’t affect the flow of a game.

However, the integration of VAR has been far from perfect, and there have been several instances where it has failed. Some of these decisions have been so absurd that it makes the purpose of VAR irrelevant.

And with FIFA introducing its Semi-Automated offside technology at the World Cup, we present to you the top 10 worst VAR decisions ever in football.

Imagine being penalised for being honest. Well, that happened in the 2020-21 Premier League season. In a match between Manchester City and Southampton, the young attacker was fouled by goalkeeper Alex McCarthy. The foul was clear for all to see. However, Foden, instead of going down, saw a chance to score.

He missed the chance, but the foul was evident. However, the VAR told the referee that there was no penalty. The cause of concern was that if Phil Foden had gone down after the challenge, the referee and VAR would have no choice but to give the penalty.

In the end, honesty was not the best policy for Foden. However, City would still win the match 5-2.

My tweet featuring slow motion footage of the penalty that never was on @PhilFoden against Southampton was taken down by Twitter last night, and my account suspended, for breach of copyright. It’d had more than 75,400 views – a small price to pay for showing the idiocy of #VAR! pic.twitter.com/OiTcYPbXPZ

In 2020, the Premier League introduced the new handball rule, which, let’s say, made life very difficult for defenders. The law was full of contradictions and gave an unfair advantage to the attacking team. And it led to one of the worst VAR decisions in the Premier League. When Tottenham faced Newcastle,

Eric Dier was deemed to have handled the ball inside the penalty box. The problem was the ball hit his arm off Andy Carroll’s header when he had his back to the ball. And he was also in the middle of the jump, which required you to raise your arms. However, when the incident was referred to VAR, it urged referee Peter Bankes to give it a look and amazingly awarded a spot-kick. Callum Wilson converted the penalty, and Newcastle got a point from the match. A truly awful decision indeed.

The 2018 World Cup was the first to use the VAR, and it was not without a lack of controversy. And the worst decision by far came in the match between Iran and Portugal. In the game’s final minutes, Iran was awarded a penalty, although Soares had little time to move his hand away.

Iran scored the penalty to draw the match. This was not the only controversial decision of the game. Earlier, Cristiano Ronaldo also escaped a red card after elbowing a player. Portugal were also awarded a penalty of their own but was saved by Iran’s keeper Alireza Beiranvand.

Well that’s the closest I’ve been to swearing on live TV! What I really wanted to say is that VAR is complete and utter bollocks!!🤣🤣 #IranPortugal #VAR #RussiaWorldCup2018

The start of the 2022-23 season was not good for Juventus as they struggled to perform well. To make matters worse, the VAR was also unkind to them. In a match against Salernitana, Arkadiusz Milik scored an injury-time winner to spark off wild celebrations. Well, too wild, as it got three players sent off in Juventus’s Milik, Juan Cuadrado, and Salernitana’s Federico Fazio.

On top of that, VAR ruled out the goal after adjudging that Leonardo Bonucci was offside. While the replays showed that to be the case, another angle overlooked by VAR clearly showed that Antonio Candreva was playing him onside. Juventus lost two points just because of an inefficient system.

Remember when we said that VAR was brought to ensure that decisions were taken quickly and did not affect the game’s pace. Well, Bundesliga fans may want to disagree with that. In 2017-18, Mainz and Freiburg played in the Bundesliga. Just before the end of the first half, Mainz appealed for a handball, but the referee waved it off. However, six minutes after the whistle was blown for half-time, VAR awarded the penalty.

By then, Freiburg were in their dressing room and had to be called back just for the penalty. Although Var made the correct decision, the time it took to judge a clear handball shows how detrimental it could be to the game.

Struggling after spending € 160 million. We decode Tottenham’s stuggles this season

When Chelsea and West Ham United met in the 2022-23 Premier League season, they struggled in the league. The former had their coach sacked after the match, while the latter dropped down to the relegation zone. And when the two sides met, it was also mired in VAR controversy.

In the 89th minute of the game, Maxwell Cornet scored for West Ham to tie the game 2-2. However, VAR intervened and overturned the goal, citing Jared Bowen’s foul on Chelsea’s keeper Edouard Mendy. However, the foul was questionable, and even the Professional Game Match Officials Board (PGMOL) admitted the decision was wrong.

😱 Over in the Mainz vs Freiburg game…

– Referee blows for half-time and players are down the tunnel.

– He then checks VAR for a handball

– Blows for a penalty

– Teams have to go back out

In December 2021, Manchester City beat Wolverhampton Wanderers 1-0 in a win at Etihad Stadium. The solitary goal came off a penalty which was awarded to City. Bernardo Silva headed the ball, which, in the referee’s opinion, had struck his arm. However, replays showed it had hit his armpit. The matter was referred to the VAR, who surprisingly backed up the referee. City earned two extra points and, at the end of the season, won the league by one point.

Wolves boss Bruno Lage was unhappy with the decision and labelled it as one of the worst VAR decisions ever.

When Arsenal and Everton met in the Premier League in December 2021, the game was remembered for all the wrong reasons. However, the most notable incident of the match occurred when Toffees defender Ben Godfrey tackled Takehiro Tomiyasu. The defender was throwing in reckless tackles throughout the game.

However, his tackle on Tomiyasu was by far the worst. Godfrey put his studs into Tomiyasu’s face. The impact was so heavy that it left a scar on the face of the Arsenal player. However, both the referee and VAR deemed that the collision was accidental.

Godfrey escaped punishment, and Everton would go on to win the match 2-1.

Everton defender Ben Godfrey puts his studs onto Takehiro Tomiyasu’s face, but after a VAR review, not even a yellow card is given. 🤔 #afc pic.twitter.com/YRymFn1M8U

The match between Liverpool and Tottenham was mired in controversy for not one, not two, but three controversial decisions. First, Harry Kane was not sent off for a horrendous lunge at Andy Robertson. Second, a clear penalty on Diogo Jota was not given. And finally, Andy Robertson was given his marching orders for a 50-50 tackle.

The match ended with a 2-2 draw, and Liverpool manager Jurgen Klopp was less than happy with the decisions. After the game, Klopp said, “You can give Robbo a red card. It is not the smartest challenge but that is definitely a red card. No doubt about it. His leg was in the air, it was pure coincidence. Harry cannot judge it. If Robbo’s leg is on the ground it is a broken leg”.

Liverpool lost two points and lost the title by one point to Manchester City.

It seems as if the VAR was being very kind to Manchester City in the 2021-22 season. When Manchester City travelled to Everton, the Premier League title race was far from over. And Pep Guardiola’s men came off with a gritty 1-0 win at Goodison Park.

However, VAR was again the centre of controversy for one of the worst VAR decisions ever in football. An Everton attack led to the ball being in City’s box. And while clearing the ball, Rodri handled the ball, which was a clear penalty. However, despite the protest, neither the referee nor the VAR deemed it was a penalty.

And as mentioned above, City won the league by a point owing to one of worst VAR decisions ever in football.