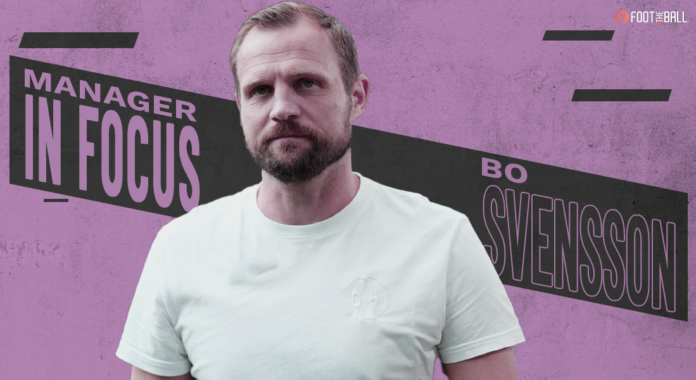 Which coach has the best points per game average in charge of Mainz? If you answered Jurgen Klopp or Thomas Tuchel, you’d be wrong, because current boss Bo Svensson’s record tops even those of his UEFA Champions League-winning predecessors.

Bo Svensson arrived at Mainz at the start of 2021 with the Bundesliga club in crisis, having already sacked two coaches and facing relegation to the second tier. The Dane was an inexperienced gamble, but that gamble has paid off, with the Rhineland club going from strength to strength. Can he go on to replicate two of the clubs’ now-famous former coaches? His journey so far suggests that he can surpass the records set by that his masters.

Brighton are currently without a manager following Graham Potter’s swift departure to Chelsea and were expected to have midfielder Adam Lallana as player/manager for their next game. However, their derby with Crystal Palace has been postponed, meaning the Seagull’s next fixture will be on October 1 against Liverpool, giving owner Tony Bloom’s side to hire a new coach in time – and Bo Svensson looks like the favourite to replace the now Chelsea manager at Amex Stadium.

For 15 years now, Mainz has been something of a factory churning out world-class managers. First came Jurgen Klopp. Then Thomas Tuchel. Svensson played under both those Champions League winning coaches during their time with Mainz. He is on record as saying that he would not be where he is today had he not been lucky enough to learn from two of the best coaches of their generations.

But now the apprentice is becoming the master. Klopp averaged 1.13 points per game as Mainz manager. Tuchel 1.41. Svensson eclipses both, earning 1.56 points per game. So who is Bo Svensson, the mysterious manager Brighton wants to hire?

Who is Bo Svensson?

Born in Skorping, Northern Jutland, Svensson started playing youth football with Copenhagen reserve club Kjobenhavns Boldklub in 1996. He was moved to the first-team squad in 1999, under manager Kim Brink, becoming a regular first-team player by the start of the millennium.

In July 2000, future England manager Roy Hodgson was appointed Copenhagen manager. Under his leadership, the club went from mid-table obscurity to becoming the 2001 Danish Superliga champions. It was Copenhagen’s first championship since 1993 and Svensson was a major figure in Hodgson’s backline.

Hodgson would leave that summer to join Udinese, but Svensson would go on to win a second Danish league title with the club in 2003, before winning a famous league and cup double as captain in the 2003-2004 season.

Following a disappointing 04-05 campaign, Svensson was demoted to vice-captain by Hans Backe, which marked the start of the end for the defender at the club and he began to search for a new home.

Upon retirement, Svensson joined Mainz to become a youth coach. In 2017, he took over their Under 19s. A first senior coaching role beckoned when Austrian second-tier side FC Liefering gave him an opportunity in 2019. As a feeder club to Red Bull Salzburg, FC Liefering are not eligible for promotion to the top division. Svensson oversaw a third-place finish in his one full season in charge.

His young side started the following season strongly as well, being in second place after 13 games. In January 2021, Svensson’s old club Mainz were in danger of being relegated and fired manager Jan Siewer after a string of poor results.

Svennson left Austria and was announced as the new Mainz head coach. Instantly, the side’s fortunes turned around, with the Dane guiding the club to safety, losing only five of the 20 league games he was in charge of.

In the 2021/22 Bundesliga season, Mainz’s form under Svennson continued to be positive, with the club finishing eighth, one position below a Europa Conference League qualification spot. The club have made a promising start to the 2022-23 campaign as well, currently sitting in the top half of the table in the early Bundesliga table.

Under Svensson’s management, Mainz have claimed famous wins over Bayern, Leipzig and the other big clubs of German football. Svensson also holds the record for the best half-season in Mainz history with that unstoppable run shortly after he took over in 2020-21.

Mainz were terribly defensively when Svensson arrived, so task number one was to tighten up at the back. He introduced a back three which saw the Carnival Club go from conceding an average of 2.2 goals per game to 1.25.

The 25 that Mainz shipped in his 20 games in charge in 2020-21 was the same as Bayern and Leipzig over the same period. Only Wolfsburg on 22 let in fewer. As a 3-4-1-2 devotee, Svensson favours a setup similar to Potter. That would make him a good fit for this Brighton squad, with its pool of dangerous wing backs and its strength in the centre of defence provided by Lewis Dunk, Joel Veltman and Adam Webster.

There are two particularly interesting things about Bo Svensson from a Brighton point of view. One is what happened attacking-wise when he took over at Mainz. Prior to Svensson’s appointment, Mainz had xG numbers that would make even the Brighton fans shudder. They were underperforming their expected goals by 7.3 and had created better scoring opportunities than most of the teams in the Bundesliga.

Mainz press relentlessly in an attempt to win back possession. When they have it, they look to attack quickly on the counter. That such gegenpressing tactics are deployed by a manager who played under Klopp should come as no surprise. It would though be a different approach to Potter during most of his reign at the Amex. And that is where things get really interesting. Brighton have thrived since mid-April when Potter became less possession-obsessed. Brighton have started having less of the ball and playing longer passes.

There appears to be good reason to trust that Svensson is a genuine candidate for the Brighton job. He is a name that had been scarcely mentioned before. Interest is one thing. Pricing Svensson from Mainz is quite another. Mainz is his team. He made 291 appearances over a seven-year spell as a player between 2007 and 2014.

Playing to Svensson’s method seems to suit this Seagulls squad. Counter-attacking, effective football is the modus operandi of Bo Svensson and it looks ideal for Brighton. So too his 3-4-1-2 formation. And if he can make the existing squad more clinical as he did with the Carnival Club, then the potential is scary.

It is understood Brighton would have to pay minimal compensation to the German side compared with other coaches in the reckoning for the job, including Bodo-Glimt’s highly rated Kjetil Knutsen. The final question then. Could Brighton tempt Svensson to leave Mainz, the club of his heart, to become the next manager of Brighton?