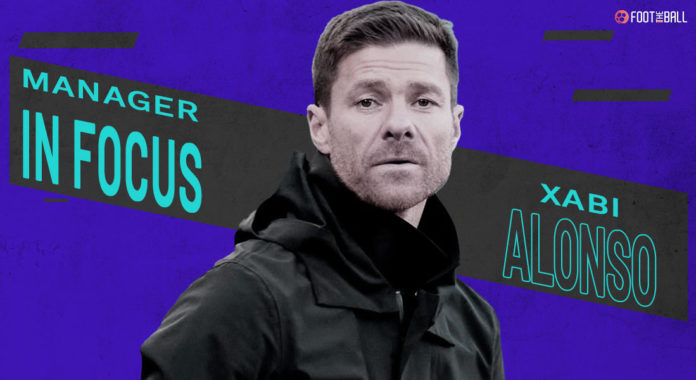 Few people would have been surprised when Xabi Alonso went into management in 2018. The Spanish midfielder has won it all during an impressive career spent at Liverpool, Real Madrid and Bayern Munich. Alonso was an impressive midfielder with an impeccable vision, making him a world-class talent. The 40-year-old has won multiple trophies during his career and has also been part of some classic matches, such as Liverpool’s 2005 miracle Champions League win.

And now Xabi Alonso has been appointed as manager of Bayer Leverkusen. It is a massive project as Leverkusen is one of the top clubs in Germany. However, the German club are having one of the worst seasons of their history. After eight matches, Leverkusen are currently second last. Gerardo Seoane’s men only won one game during this time.

This is despite Leverkusen having one of the best squads in the league. However, injury to their star attacker Florian Wirtz has caused immense damage to them. The teenager has been on the sidelines since March after suffering from a Cruciate Ligament Rupture.

However, the form of Bayer Leverkusen was inexcusable, which was the reason for Gerardo Seoane’s sacking.

So, what will Xabi Aloson bring to Bayer Leverkusen? And is he the man to get them out of their current rot? Can he manage his way into becoming one of the best young managers in world football?

Who is Xabi Alonso?

The name needs no introduction but here it is anyway. Xabier Alonso Olano, famously known as Xabi Alonso, is a former player and has represented Real Sociedad, Liverpool, Real Madrid and Bayern Munich throughout his career. He started his career at Real Sociedad, where his father, Periko Alonso, won back-to-back La Liga titles. Alonso would become a regular at the club before Liverpool snapped him up.

He would win four trophies at Merseyside, which included the 2005 Champions League and 2006 FA Cup. He formed a formidable midfield partnership with Steven Gerrard. After almost helping Liverpool win their first Premier League in 2009, Alonso left for Real Madrid, where he won one La Liga, two Copa Del Rey, one Supercopa de Espana, and one Champions League.

In 2014, Alonso moved to his final club Bayern Munich, where he retired from professional football in 2017. A year later, he would earn a coaching badge from UEFA along with Raul, Xavi, Víctor Valdés, and Joan Capdevila. Not a bad batch of people!

Another Haaland? Who is Andreas Schjelderup, the Norwegian scoring goals for fun in Denmark

His coaching career started with Real Madrid under-14s. However, his first significant taste of senior coaching would come at Real Sociedad, a club where he began his footballing journey. When Xabi Alonso joined Real Sociedad B, they were eighth in Segunda Division B. It was a huge challenge, but the Spaniard took it head-on and, just in his second season, got them promoted to Segunda Division. People saw similarities to a certain Pep Guardiola, who worked miracles with Barcelona’s B team.

However, the club performed poorly after promotion, finishing 20th in the table to be relegated. And thus, Real Sociedad announced that Alonso would leave after the current season. It was under these circumstances that Alonso was appointed Bayer Leverkusen manager.

But, it is the toughest assignment he will ever have, and although he has shown flashes of managerial brilliance, the pressure and expectations will be high.

So, what are Xabi Alonso’s tactics?

Football is in my genes. The top 10 father and son duos in football

As a player, Xabi Alonso played in different tactical systems, most of which emphasised possession. This helps in controlling the tempo of the match. And Xabi Alonso’s tactics have wholeheartedly integrated into his style of play. During Real Sociedad’s season in Segunda Division B, Alonso usually played a 4-2-3-1 formation.

But this formation was only in force when his team did not have the ball. As soon as the ball was, a host of changes would occur. The number six midfielder would drop in between the two defenders. At the same time, the fullbacks would charge forward while the wingers would tuck inside to act as inside forwards. So, in essence, it becomes either a 3-3-2-2 or 3-4-3.

This created overloads in the attacking third. In addition, Xabi Alonso’s tactics also encouraged forward play. Thus, midfielders and even defenders make through-ball passes. However, making through balls is not easy. So, how did Sociedad manage to do it with such regularity?

It is here the fullbacks came in handy. The fullback forward charge makes the field as wide as possible. This forces the opposition to mark them, which leaves fewer players in the centre half of the pitch, allowing a higher number of accurate forward passes.

Bayer Leverkusen have taken a big gamble by appointing the Spaniard. While Xabi Alonso’s tactics are fluid and attacking and are close to what Leverkusen usually play, executing them to perfection will be a big challenge. Despite his attractive style of play, Alonso is vastly inexperienced. In addition, he only had one good season at Real Sociedad and got them relegated in his second season, albeit in a stronger league.

“I felt that as a coach, I first had to go through a process to become good. The steps at youth level with Real Madrid and Real Sociedad were important. Now, it’s time for me to take over a big team.” pic.twitter.com/4hoIYyaXo9

However, Alonso now has one of the best young squads in the Bundesliga. Unlike Real Sociedad B, he now has players that can execute his tactics and style of play to the last word. He also can take inspiration from his former teammate and the man who got the UEFA badge license along with him, Xavi. The now-Barcelona manager also had limited managerial experience before taking over the Catalan club’s reign. However, he has managed to turn around the club’s fortunes, who are currently top of La Liga.

However, it is still early to judge Xabi Alonso, but for any doubters out there, the Spaniard may spring a surprise just like he has done multiple times in his career.