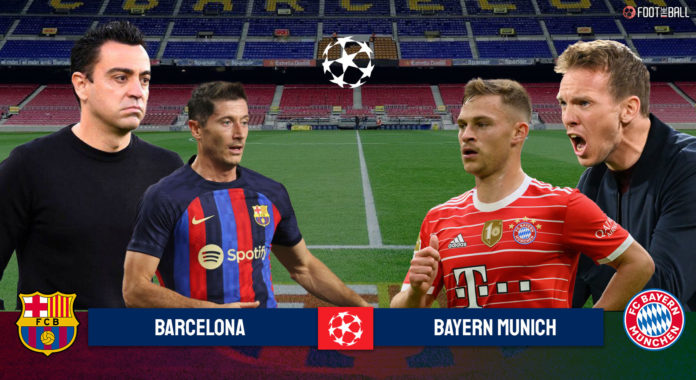 Over the summer transfer window, Barcelona perhaps pushed the limits of their financial resources to complete transfers and then register them. As a result, the club activated multiple ‘economic levers‘ to escape La Liga’s budget cap. In the end, it worked well for the club as Raphinha (signed from Leeds), Jules Kounde (signed from Sevilla), and Robert Lewandowski (signed from Bayern Munich) joined the club with several others such as Andreas Christensen, Marcos Alonso, and Franck Kessie coming on a free.

In their next three matches, they have taken only one point. Their last match was perhaps the final nail in the coffin as Inter Milan drew 3-3 in a packed Camp Nou to confirm all but Barcelona’s ticket to Europa League. And to make matters worse, Barcelona’s next match comes against Bayern Munich, a team that has humiliated them so often.

The two teams had faced earlier in the season in what was an emotional return for Lewandowski to Allianz Arena. Bayern Munich ran out as winners after goals from Lucas Hernandez and Leroy Sane. Bayern Munich have already qualified for the Round of 16, and a victory against Barcelona will also confirm their top spot.

For Xavi, it is a matter of preserving their pride. The team has performed brilliantly in La Liga, and are currently in second place. Their domestic season with an undefeated eight-match streak which came to an end against rivals Real Madrid. This has been the story of the season as Barcelona have struggled against the big teams this season, a trend Xavi would want to improve quickly.

Tebas: If Barcelona are knocked out of the Champions League, their income will decrease. The wages and bonuses they will pay will be less, so the difference will not be large. The levers helped them this season, but they will not help next season. https://t.co/deWwcHLJ82

One of the main reasons for their underperformance has been the injuries in the defence. At one time, they only had Eric Garcia and Gerard Pique as their two fit centre-backs. However, the return of Ronald Araujo has strengthened the defence, and the Uruguayan will be expected to keep Bayern’s attackers at bay.

In their latest win over Villareal, Frenkie de Jong replaced Sergio Busquets at the base of the midfield and delivered one of his best performances for Barcelona. And we could expect Xavi to keep faith in him against Bayern.

For Bayern Munich, this match is more of bragging rights. A win over Barcelona at Camp Nou will further strengthen the Bavarians. However, the Germans have injury concerns of their own. Captain Manuel Neuer is expected to miss the match along with Leroy Sane, Thomas Muller, Lucas Hernandez, and Bouna Sarr. However, Bayern have players who can act as an able replacement for them which is a hallmark for any top side.

For Barcelona, it is difficult to look past Robert Lewandowski, who has been their star attacker. The Pole has already scored 11 goals in the league, four more than his nearest rival. His goals have been the reason for Barcelona’s incredible league start. He replicated that form in the Champions League and scored a brace against Inter Milan, which has kept them in the competition by the barest margin. Another star is Frenkie de Jong, who will need to be orchestrator-in-chief and get one over his rival, the flawless Joshua Kimmich.

One of the best summer transfers! 😍 pic.twitter.com/wsJ8mYNCSH

Bayern Munich have always been the club with an array of superstars, and this remains the case this year too. However, on form, as mentioned earlier, few are better than Kimmich. The midfielder is perhaps the best number six in world football. Furthermore, with Lucas Hernandez’s injury, new signing Matthijs de Ligt’s role will be vital if they are to stop Lewandowski from creating havoc at Allianz Arena.

The match is essential for both sides, but a loss will be more disastrous for Barcelona than Bayern Munich. It is also the last chance for Xavi to prove that his side can better a top European side. The Catalans have consistently failed to perform in crucial matches, which has led fans to question their mentality.

A win could change that, but Bayern Munich are a different proposition, and it looks like a draw is the best option for Barcelona.